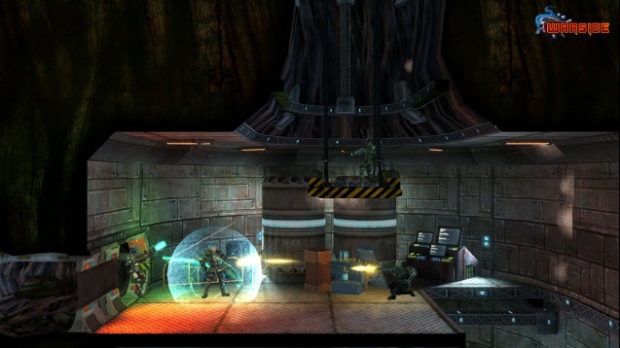 Kraken Games, an independent development studio based in Moscow, have today unveiled detailed information on the in-game factions, character types and classes within Warside, a visceral multiplayer sci-fi shooter featuring classic 2D gameplay combined with RPG elements, which is set to make a crater sized impact on the indie gaming map this year. Currently acquiring fans on Steam Greenlight, Warside is set to release on PC in 2014.

Set against a futuristic backdrop of three powerful rival factions attempting to dominate the galaxy, each with their own backgrounds and political ideologies, players choose their allegiance to one of the factions which will determine their starting planet within the game along with the equipment available to their character.

Once the faction has been determined in Warside players can then select one of four character types and from there one of five classes, with classes possessing their own preferred weapon types and gadgets. These choices of faction, character and class ensure a high level of customization is available to the player from the outset making their character feel distinct and unique to them on the battlefield. 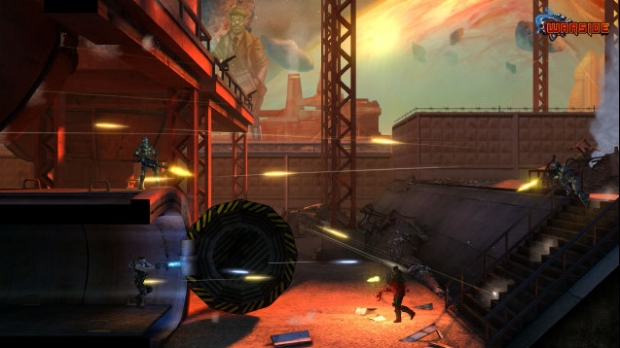 THE FACTIONS
· Galactic Commune: a communistic faction consisting mainly of industrial planets separated from the Empire after the revolution. Typically they fight for freedom and equality
· New Empire: the remnants of the old aristocratic families gathered by a young charismatic leader claiming to be the heir to the last Emperor. They fight to restore the Empire to its former glory
· Corporation Zetta: a company that evolved in to a giant conglomerate and become the dominant corporation in the galaxy. They fight for profit

For more information on Warside and to get behind the future of tactical multiplayer squad shooters, head to Steam Greenlight at: http://steamcommunity.com/sharedfiles/filedetails/?id=242674873