A new European Warfare update has been announced for Stronghold Kingdoms, setting 32 medieval countries at war with each other in one of the top ten most popular free to play games on Steam. Firefly Studios made the announcement today in a news post on the game’s official website at www.strongholdkingdoms.com:

“Since Stronghold Kingdoms was released as an open beta back in 2010, it hasn’t stopped growing in size or scope and we owe all that to the players. Last year we worked closely with the community, delivering monthly updates filled with suggested features from the game’s forum and social media channels. The new European Warfare update adds something players have been asking for a very long time, ever since we began adding game worlds with maps based on Germany, France and other European countries. ‘Europe’ is a single game world on a grand scale, with 32 countries and all out warfare!”

The new update, which is free for all players, introduces the largest game world yet for Firefly’s popular MMORTS, with more player villages, countries and Kings than any before it. From 3pm GMT on February 13th 2014 players will be able to access the new world and send wave after wave of attacks across land, sea and new borders dividing a total of 32 countries: 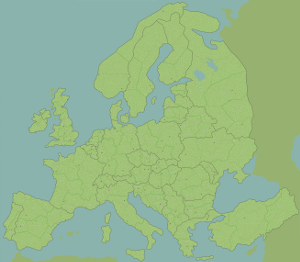 While each of the countries included will have its own political structure and player King it will still be possible to rule over large parts of Europe, or indeed the entire continent, as part of a single large House. To do so players will need to band together and defend against attacks from all directions, with Firefly offering advice to new players hoping to take part. “Spread yourself too thin and the land you do control may well be taken away from you. This new game world is one of the most hotly requested features for Stronghold Kingdoms and something we are thrilled to be able to make live next month. So get ready to fight for your country and rewrite history!”

Almost two years after launch Kingdoms remains one of the most popular free to play games on Steam, with nearly 3 million registered players from over 100 different countries.