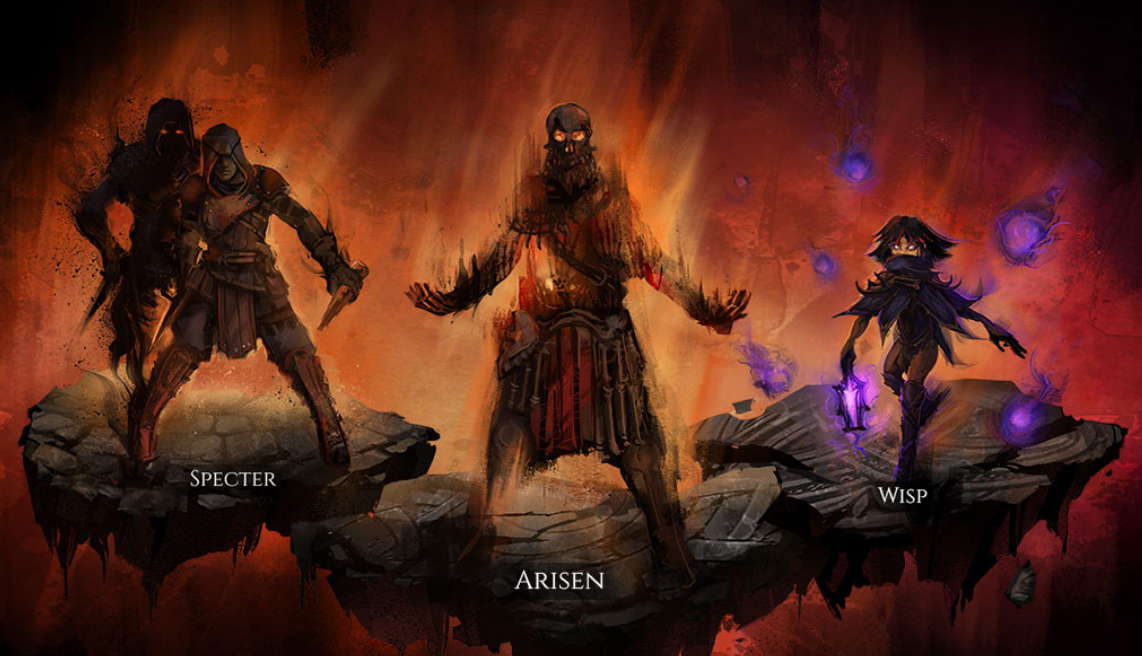 CityState Games has revealed its most unique archetype yet for upcoming PvP MMORPG, Camelot Unchained! The scout class brings something simply not possible in PvE based MMORPGs, providing unparalleled information gathering to keep groups one step ahead of their foes simply by having a information gathering advantage.

Scouts are not combat classes. While you can spec into supportive rolls to debuff foes and contribute to combat through annoyance, the most important function they offer is high agility, long range abilities, high concealment, and the power to reveal enemy information to their realm as a whole. They can disable traps, and otherwise confuse enemies. Essentially they are the most annoying thing you could possibly imagine wrapped into a class that is unable to handle direct confrontation with foes. As such their progression is based on their ability to keep tabs on enemies, mess with their plans, and get far behind enemy lines without getting caught. Let’s look at the individual classes!

The Wisp plays a dangerous game. Their abilities are more effective during the night, yet their concealment is also worse at night. The more they utilize their abilities, the brighter their wisps become, drawing dangerous attention back in their direction. That said, the wisp has a few tricks up their sleeves that makes them rather tough to pin down. For one the player can swap controls back and forth between summoned wisps, and their primary character. As such if a wisp is destroyed, the character can utilize their lantern to summon back a new wisp to continue scouting. Vice-versa, if a player is destroyed but the wisp remains active on the ground or in the hands of an ally (or possibly even enemy!), the player can continue scouting and utilizing activities as the deployed wisp until the lantern or wisp is destroyed.

Wisps are great for blinding enemies with light, or shining AoE light on enemy units during dark night battles to make them easier targets for allies. Their dual nature makes them a true pain to pin down and kill outright. Though its said many are weak to the nature of magic.

Arisen are essentially Drauger for those familiar with Norse lore or have played Skyrim. Depending on how an Arisen is built, they must die or commit suicide to form a tombstone from which they will slowly rise up for a second transformed life. While a pretty stock standard fighter in human form, their Arisen form can change size, has high concealment, and bring powerful debuffs to foes exposed to their presence for an extended period.

Being essentially zombies, Arisen are difficult to disrupt in their ability casts. They have high panic rating and, while slower than other scouts, can create an AoE puke attack that moderately reduces the movement speed of foes to create that perfect sense of fear a zombie attack should bring. Intermingled with fighting characters, the Arisen not only provide excellent battlefield intel, but excellent crippling debuffs to really ruin your enemy’s day. They’re even able to mark a curse on enemy’s without their knowing, that makes their movement known to the Arisen’s allies for an extended period, turning said enemy into an unknowing scout. Their biggest downfall is their reliance on their tomb. Unlike the other scouts, it can’t be moved, giving their decision to transfer forms a much higher trade-off. Should a zombie leave the radius of their tomb or have their tomb destroyed, they’ll slowly disintegrate into ash.

Specters are quite literally living shadows. Akin to the Wisp, they send a second form outward, directly controlled by the character and swappable between the two. However there is no lantern or other secondary item involved, as the shadow and the Specter are directly connected with one another. Staying in shadow form for too long can have harmful effects on the Specter, but grant immense power in exchange. Specters are master of instilling fear, and can move at lightning speeds other classes can only dream of. By actively attacking and debuffing foes, the Specter can regain blood and remain in shadow form for extended durations. They’re quite hard to kill, particularly with physical means, and can recover quickly from any failed attempt at their life.

It should be noted that this is an extension class. Meaning it may not be available at time of launch. Citystate Games recognizes that their scouts are likely the most challenging from a design perspective to create, so they’ll be glad to have extra time to polish this experience to perfection rather than pushing an unfinished idea. For full details on the Scouts, check their reveal page.