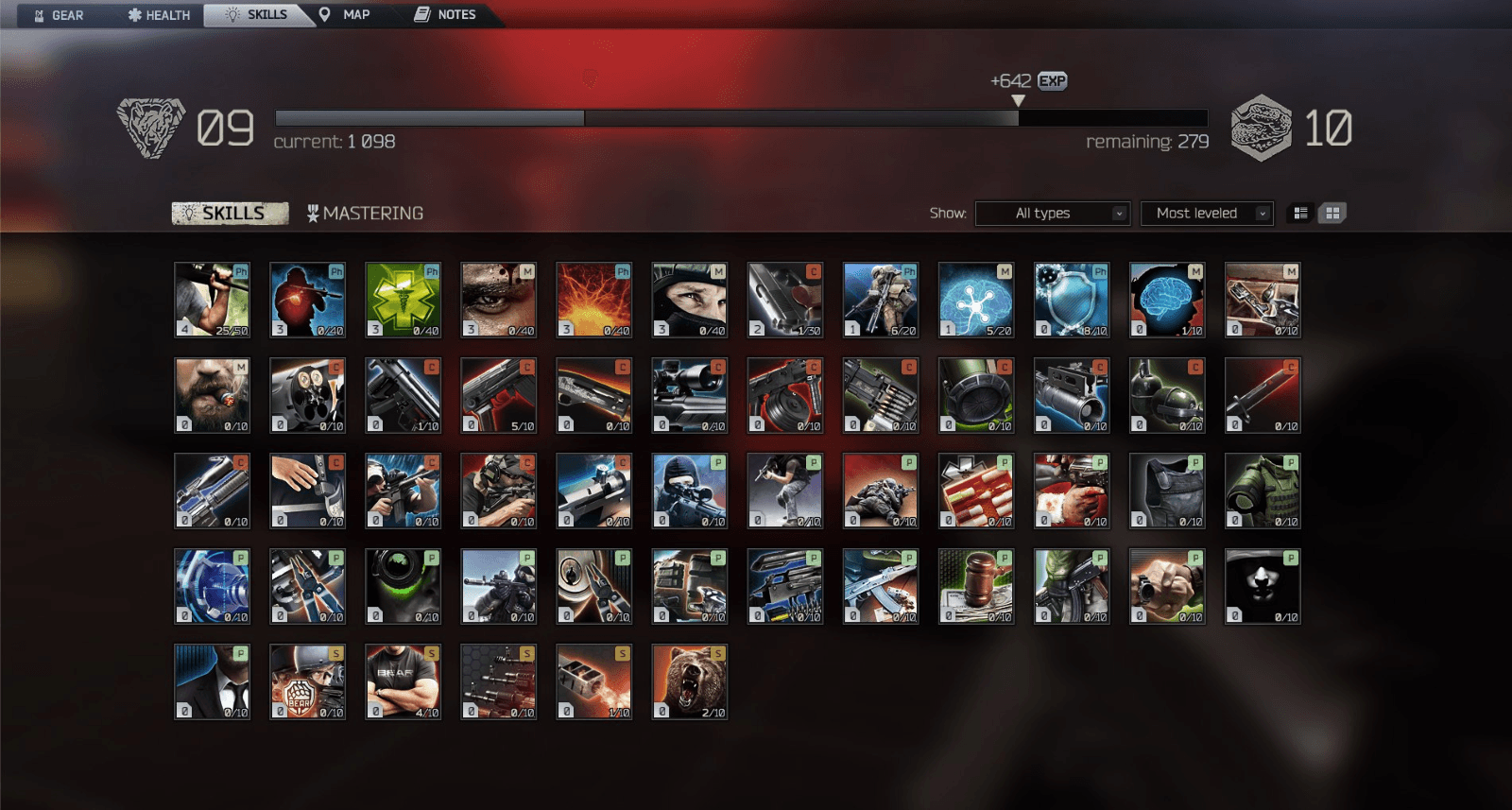 Escape from Tarkov features five skill categories, and each skill upgrade is repetition-based: the more a character performs a certain action – the better he becomes at it. In short, a player’s actions directly influence their character by upgrading the most essential and frequently used skills.

The skill system in Escape from Tarkov is designed to be a bit different from everything what you may have seen so far in the majority of RPG projects, and moreover, it is designed so that it does not interfere with the core gameplay.

In the skills interface, each skill icon features a small colored letter – and all of them have their own meaning. The digits at the bottom of a skill icon reflect skill level and progress.
So how does a skill upgrade occur? It’s fairly simple – skill upgrades are repetition-based, and, by performing any action, you are gradually upgrading the respective skill or skills, thus making consecutive performance better, quicker and more accurate. As a result, your character will only improve in the skills that you use during gameplay. Additionally, on every experience level gained, you will be granted an opportunity to level up one skill at your own discretion.

In Escape from Tarkov, you not only improve your skills, but you can “forget them.” If the player does not make use of a certain skill, it will eventually lose levels. Skills can’t, however, be forgotten absolutely; unused skills are rolled back/forgotten to a predetermined minimum level, and, the player can level them back up to where they were by simply making use of them. The skills system is also designed so that a skill weakened by dis-use can return to the “forgotten” level more quickly than if you were first learning it.

After reaching a particularly high skill level, an “elite” skill level is unlocked, which features various bonus perks – which are, of course, very helpful.

Learn more about these skills here.