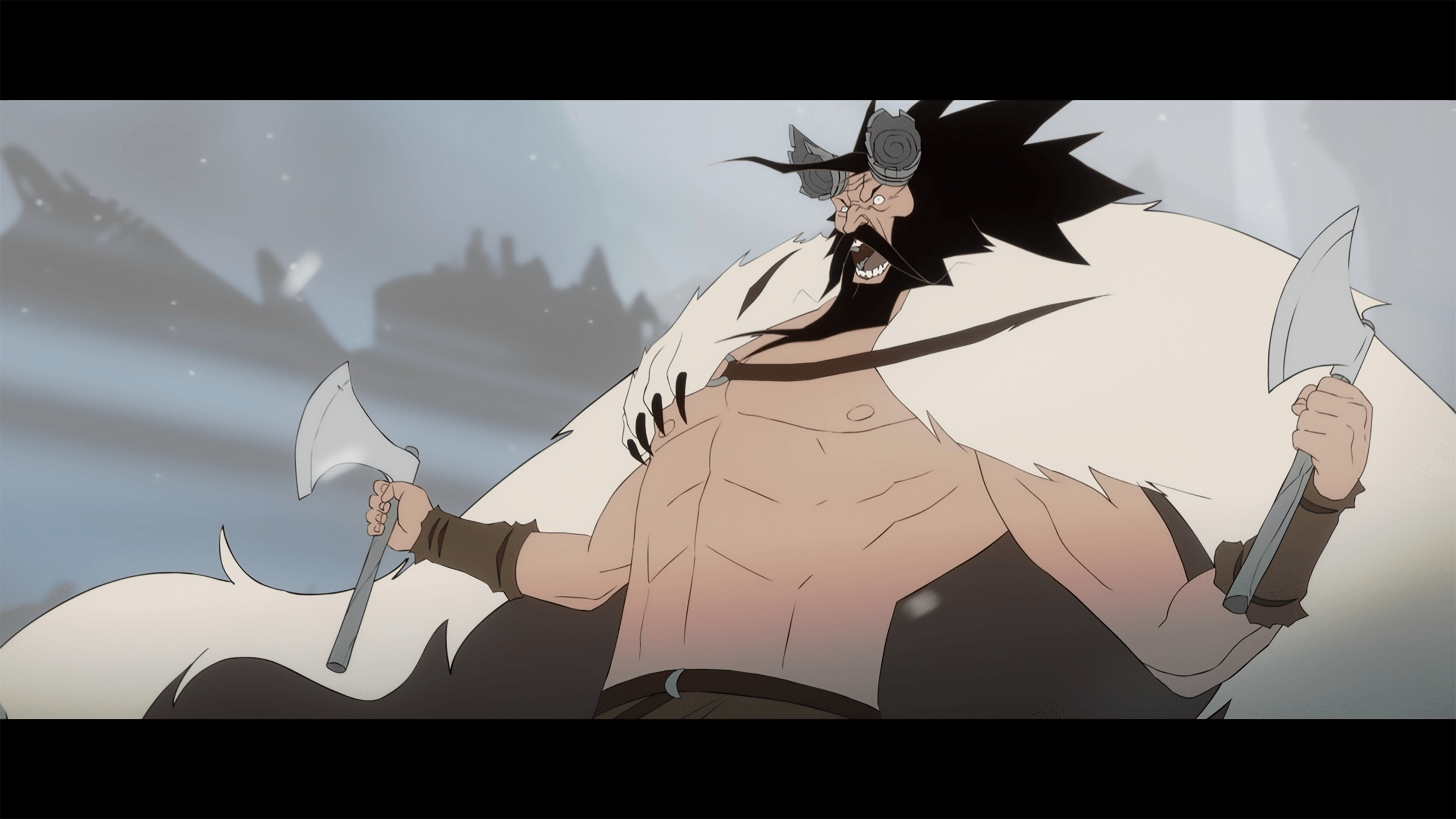 The Banner Saga 2 has always fascinated our staff here. While its primarily a single player RPG, their release of Banner Saga: Factions got our attention as to how cool the gameplay concept could be in an online competitive scene. If you’re already familiar with the game, you certainly won’t need me to sell you how awesome its sequel will be. But if you’ve never come across this visual strategic masterpiece before, here’s the quick rundown. 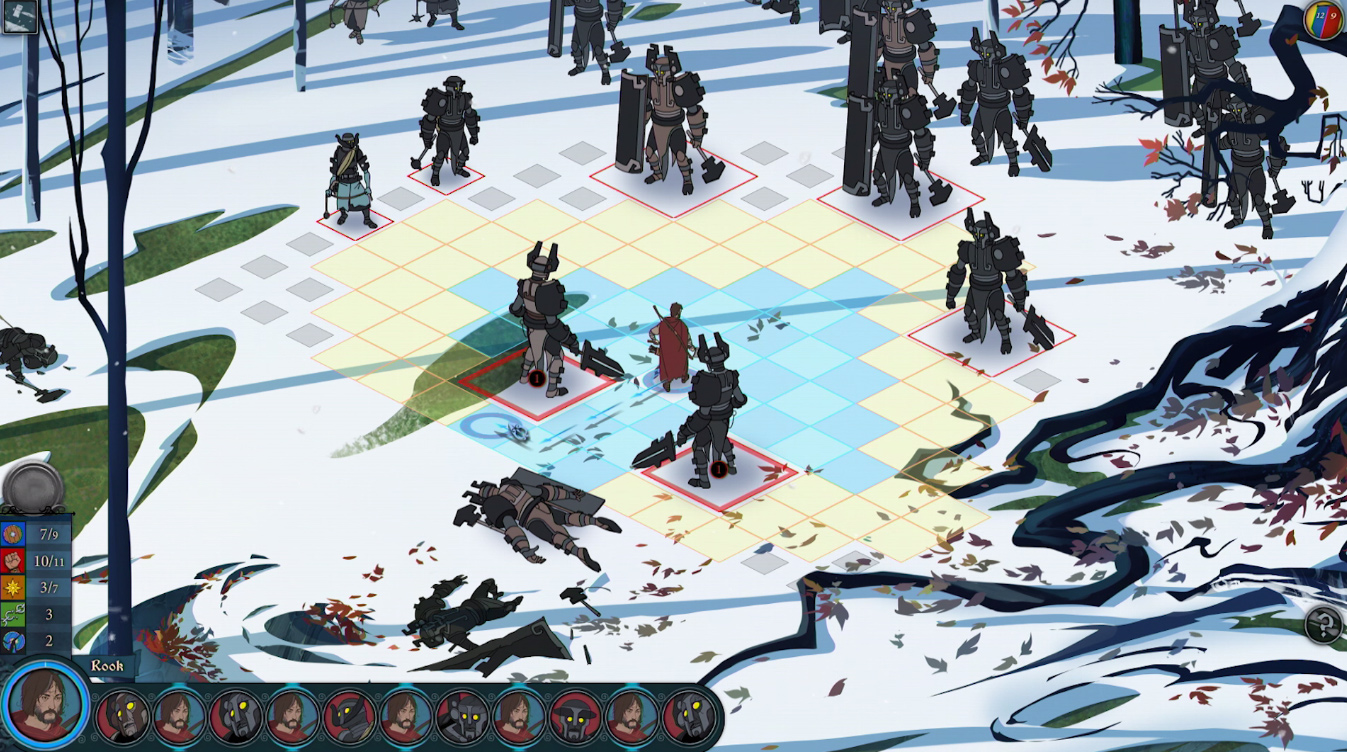 The Banner Saga 2 is, in a nutshell, an advanced game of chess in which your pieces have multiple attack options. Now imagine that chess animated in the golden era of Disney animation, and with Vikings, and you have a pretty solid idea of what you’re getting into. Mix in the real consequences of war offered in Fire Emblem, and a dynamic story that changes depending on decisions you make, and which characters survive, and you have the whole picture. 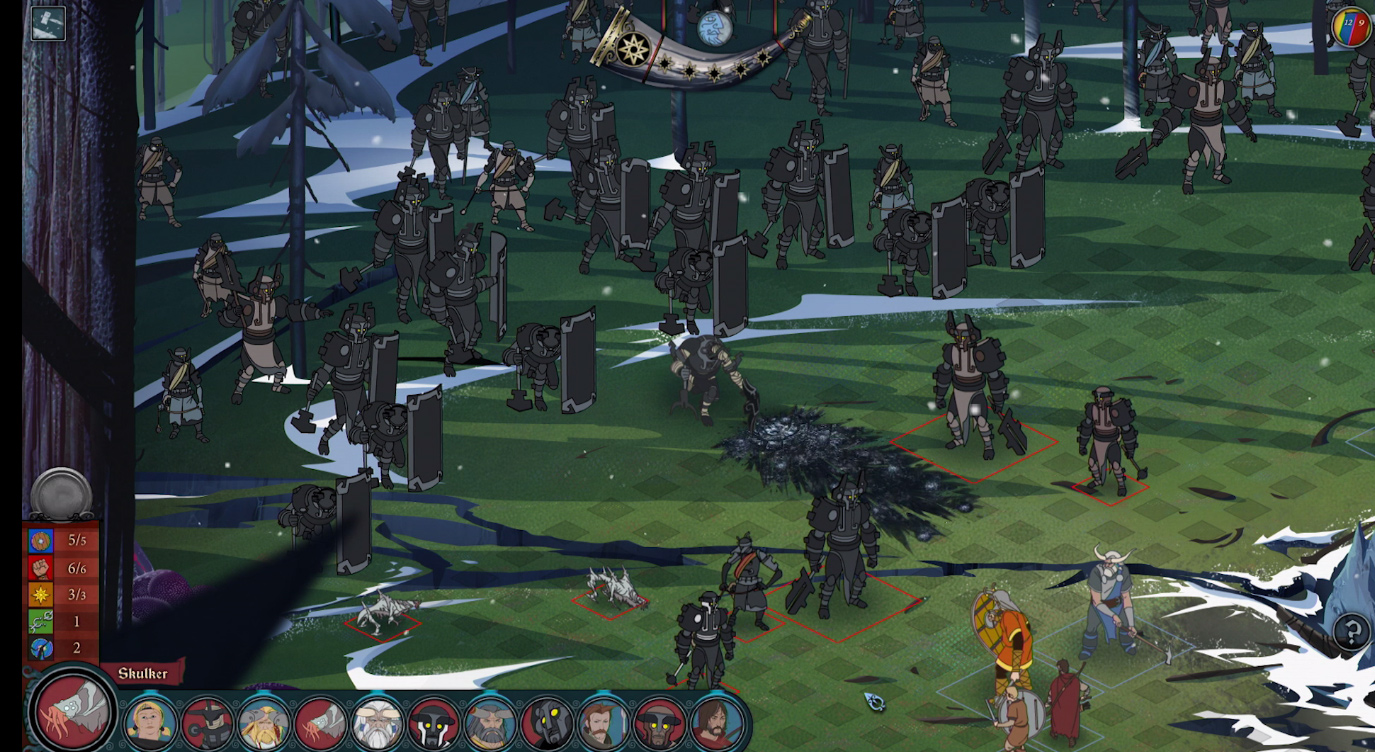 The Banner Saga 2 picks up right at the Game of Thrones level awful cliffhanger the first game ended on so long ago. I won’t spoil what that game is though, as Stoic Studios actually encourages you to pick up the first game on sale for two reasons. One is you’ll have a much easier time tackling the learning curve, as you’ll be expected to be on your game pretty quickly in the sequel. The second is that your save data can actually be transferred into the sequel, letting you carry over your unique party of characters as your starting band, rather than the more generic default you will get otherwise. Beyond just having better pieces on your board, bringing in your surviving characters will unlock new story archs in part 2 you’ll otherwise be missing.

In terms of gameplay, you can expect to see plenty of new tricks from the Dredge, a dark force interpretation of Norse ice giants that have returned to unleash their particular brand of frozen hell on the viking realm. Just in the brief preview we saw roughly 9 Dredge units, and we saw their power as they AI took advantage of the new destructible environments. Visuals are still looking spot on as action attacks look just as cinematic as the cutscenes themselves. Some nice new tweaks such as magic grenades add some serious tactical decisions as you may find yourself in checkmate situations where someone is going to die. 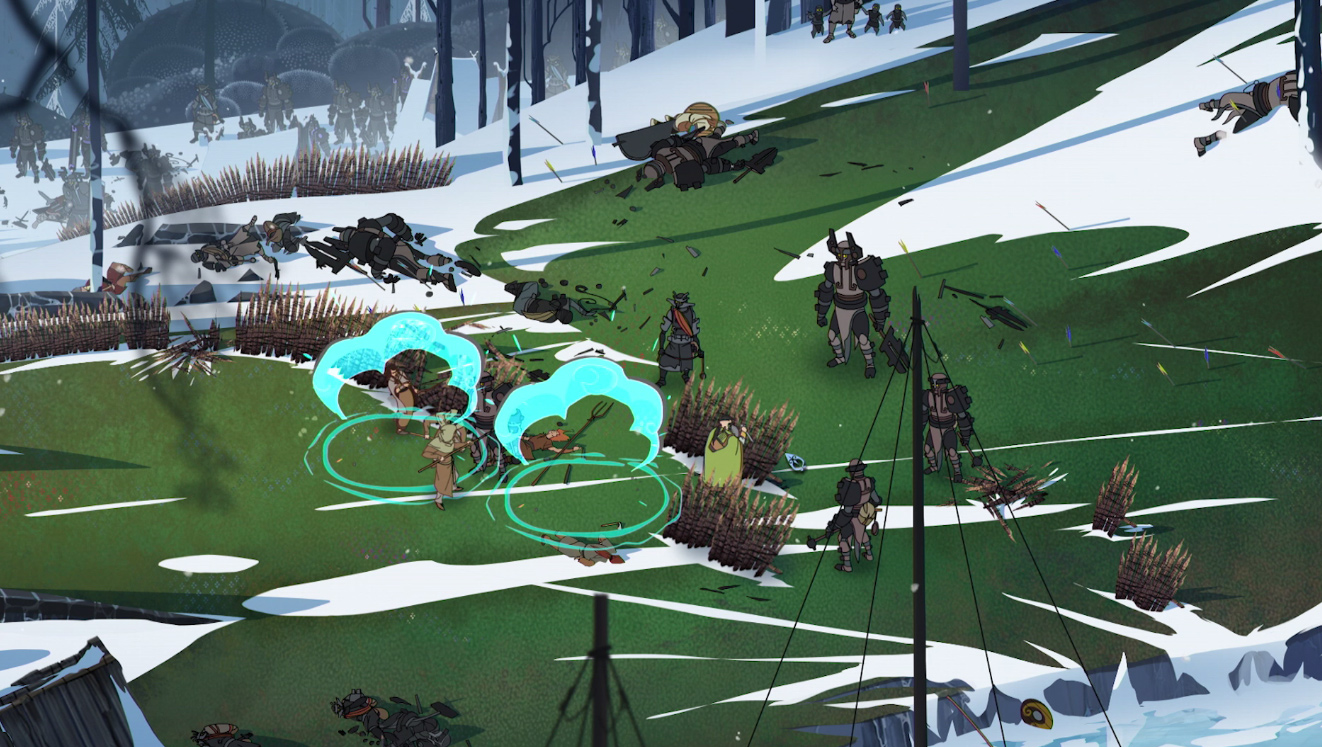 The Banner Saga 2 comes down to being as close as you get to a visual novel game with quality hardcore combat included. Its certainly a niche concept, but its by far the best concept in its niche. If your tactics gameplay itch has been itching you for far too long, its time to get out your beating stick and down some Dredge! 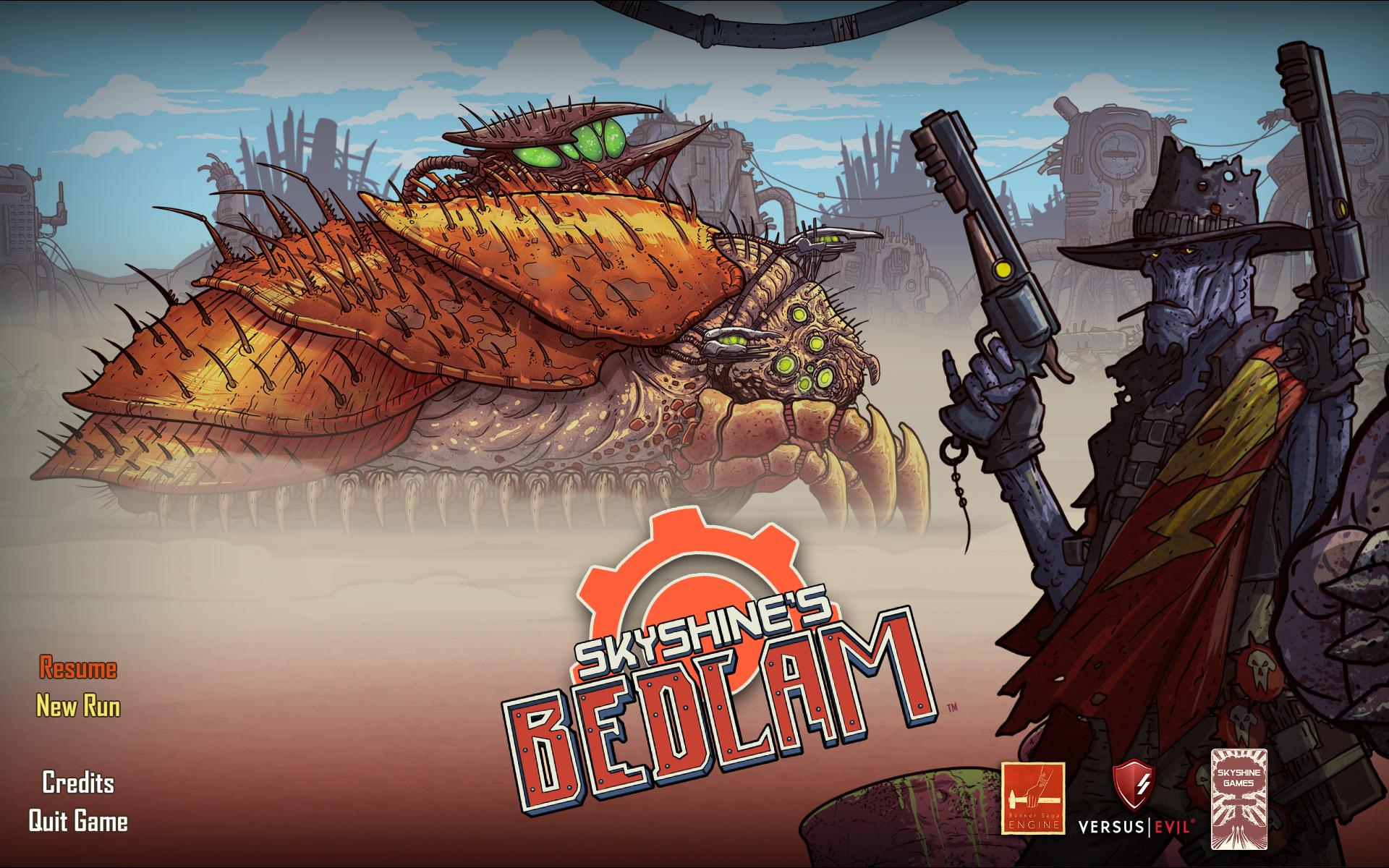 While visiting the Versus Evil booth, I was thrust into a surprise meeting with another indie title on display, called Bedlam. Bedlam is a freshly funded Kickstarter project that takes the essence of The Banner Saga 2 gameplay, and throws in an Oregon Trail overworld system, then sets it all in a Mad Max world. 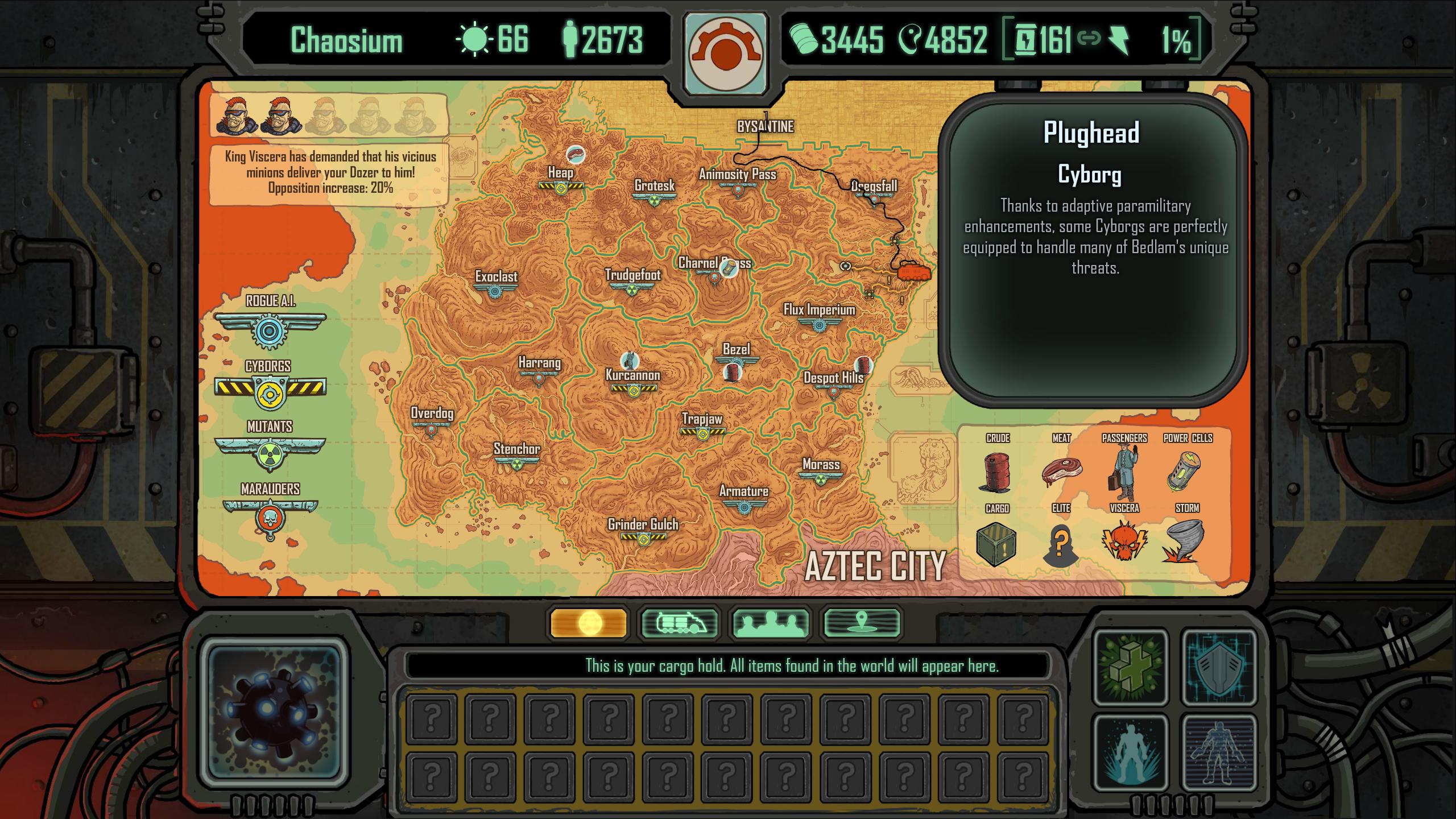 With the decision of living in a distopian suppressive fortress, or a barren desert landscape of mutants and vandals, your group sets out to discover a third choice. A fabled town of freedom and peace called Bedlam. Of course its a continent of devastation away, and chances of survival are slim. But with you as leader, your caravan must face the odds, make tough decisions, and battle the horrors of the unknown wilderness in tactical turn-based combat to reach this better life. Bedlam offers a bit more freedom than Banner Saga in terms of customizing your unique army, to build up their classes over time. Expect a bit more micromanaging of characters between missions as a result. 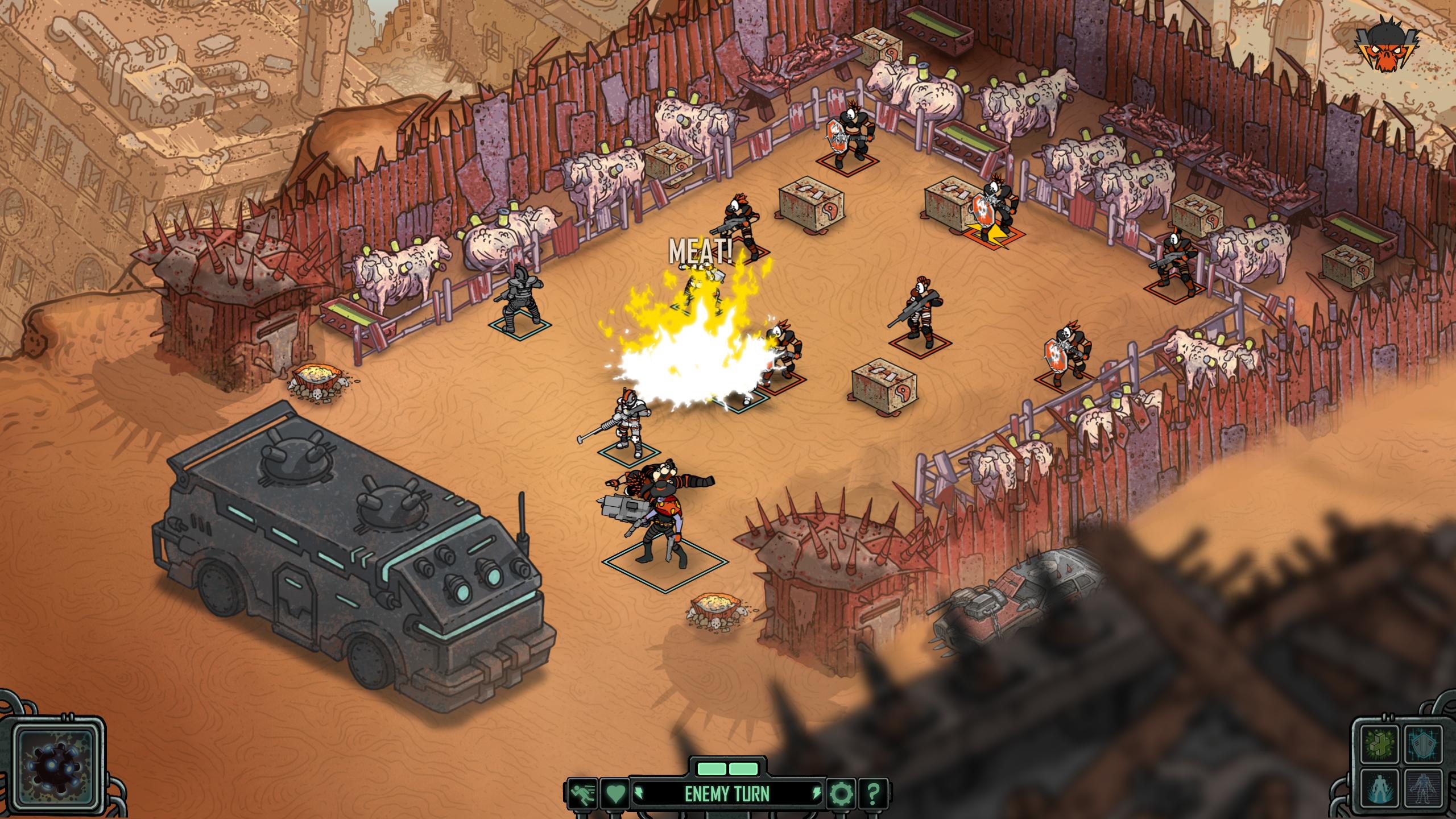 Bedlam tries to capture The Banner Saga 2 level of 2.5D fluid animations. It isn’t quite there yet, but its sort of a middle point between The Banner Saga 2, and anything else going for this look. The roster of units here are super varied, as everything from puking mutant lizards to Borderlands psychos are on the table for use. Combat plays out slightly different as well, as you have the choice of using limited action points per turn to move and attack with units, meaning you can force your main unit down the enemy’s throats if they can deliver devastation fast enough. Though you may need to use some reactionary moves to protect your squishier allies from devastation.

Another twist on the gameplay is the ability to get bonus food, fuel, and other materials utilized by your caravan by walking across them during a battle. It’s risky wasting moves on non-combat related advantages, but offers some fun risk reward strategy to mix gameplay up. 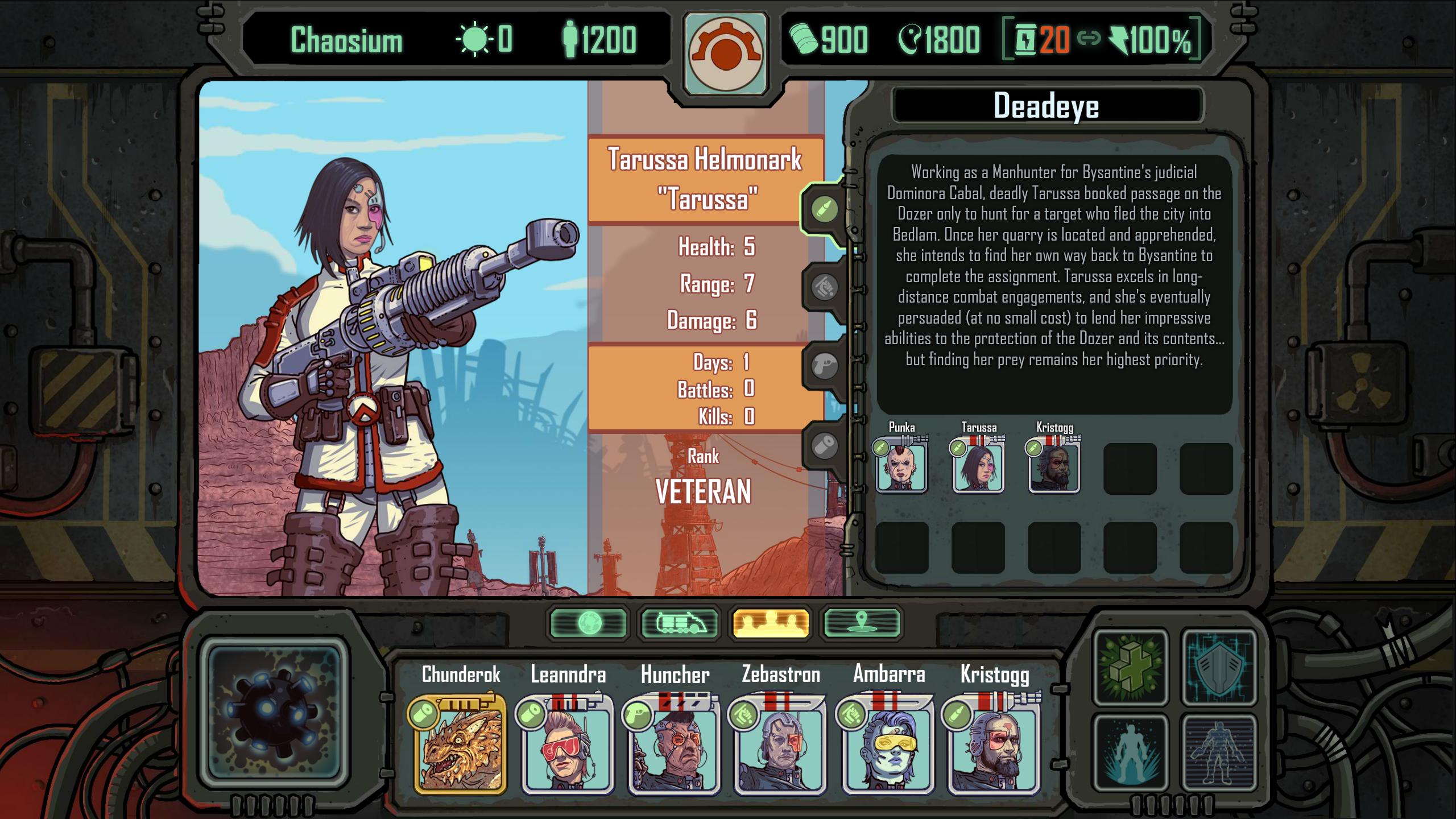 That wraps up our written coverage of E3 2015! But there’s still plenty more on the way in terms of video. Stay tuned as we offer plenty more hands-on gameplay from the show over the next week. Subscribe to MMOHuts’ Youtube to be the first to catch them all!