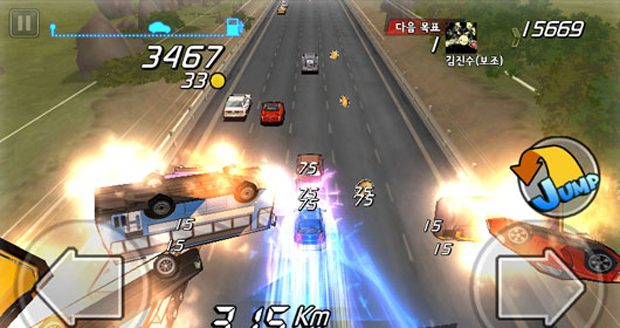 Later that evening we met up with the CJ Global team to get a look into the current state of Arcane Saga, set to receive regular updates throughout the year with the level cap getting upped to 100 along with plenty of new content and the reintroduction of an improved Gigas feature, scheduled for some time this year. CJ’s team also hinted at another unannounced title to hit in the fall which has me stoked as they had so many fantastic and diverse games at GStar that I can only wonder which will be heading stateside first.

Interestingly enough, the major buzz at their party wasn’t Arcane Saga, Dice Ventures, or even the mobile frantic car racer ChaChaCha (that is highly addicting, be warned!). But rather it was a series of mobile mini-games set in a system that allows you to compete for high scores against players all around the world! I’m talking about Pocket Pong Pong Pong (though the English equivalent will likely be something along the lines of Paw Paw Mobile). And this trailer says more about the zany antics than I could ever describe in words.