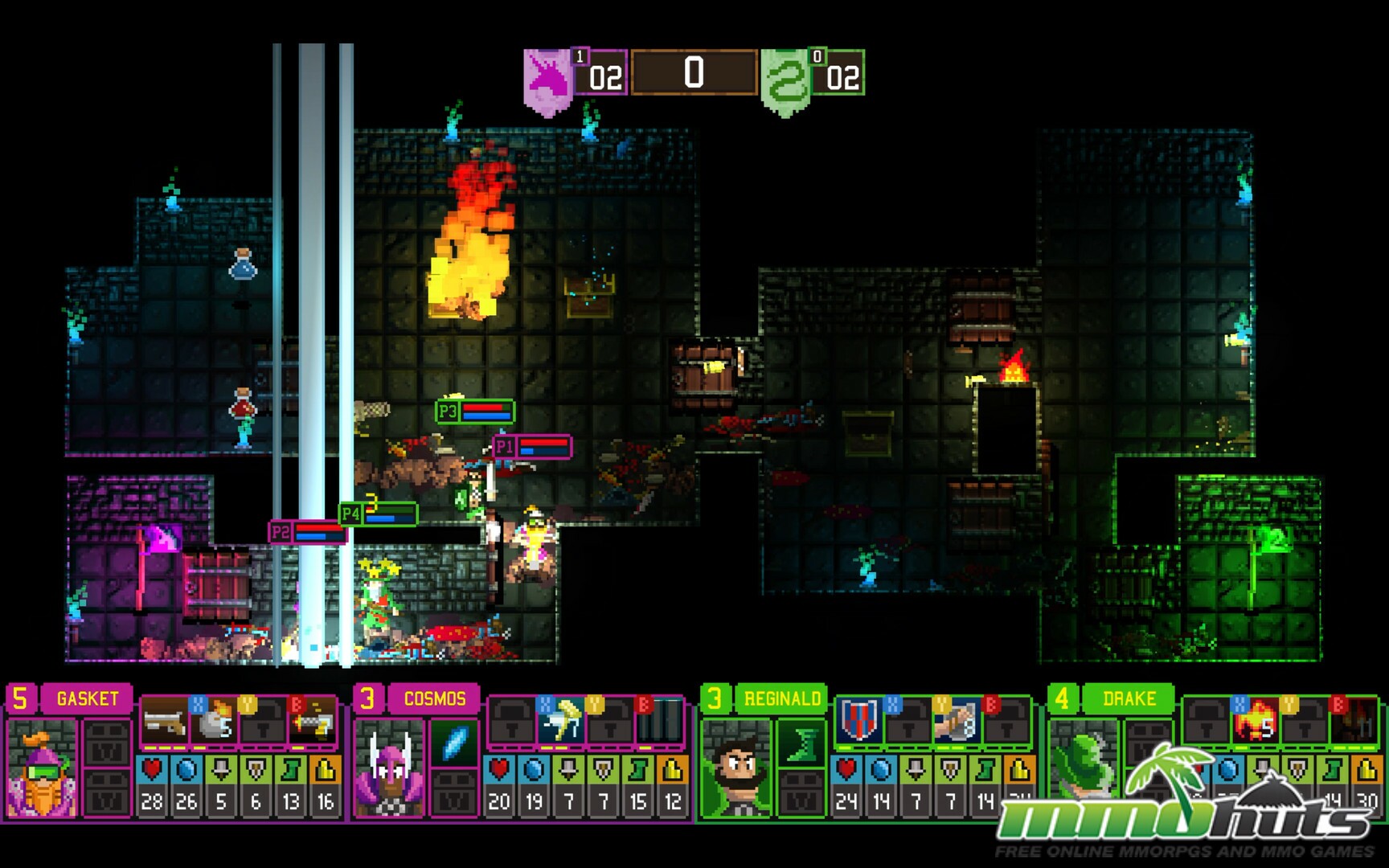 Dungeon League is a game which mixes two much-loved genres: Rogue-like and MOBA. The game is currently available via Steam Early Access and has already proven to be quite fun. The 2D graphics also give the game a retro feel that will awaken the nostalgia in a lot of older gamers or appeal to those who just enjoy the 2D aesthetic. The chaotic gameplay will also ensure that you’ll be hardpressed to become bored. If you enjoy 2D graphics, fast action combat, the dungeon-crawling of Rogue-likes, and the competitive nature of MOBA, you’ll find yourself enjoying Dungeon League. 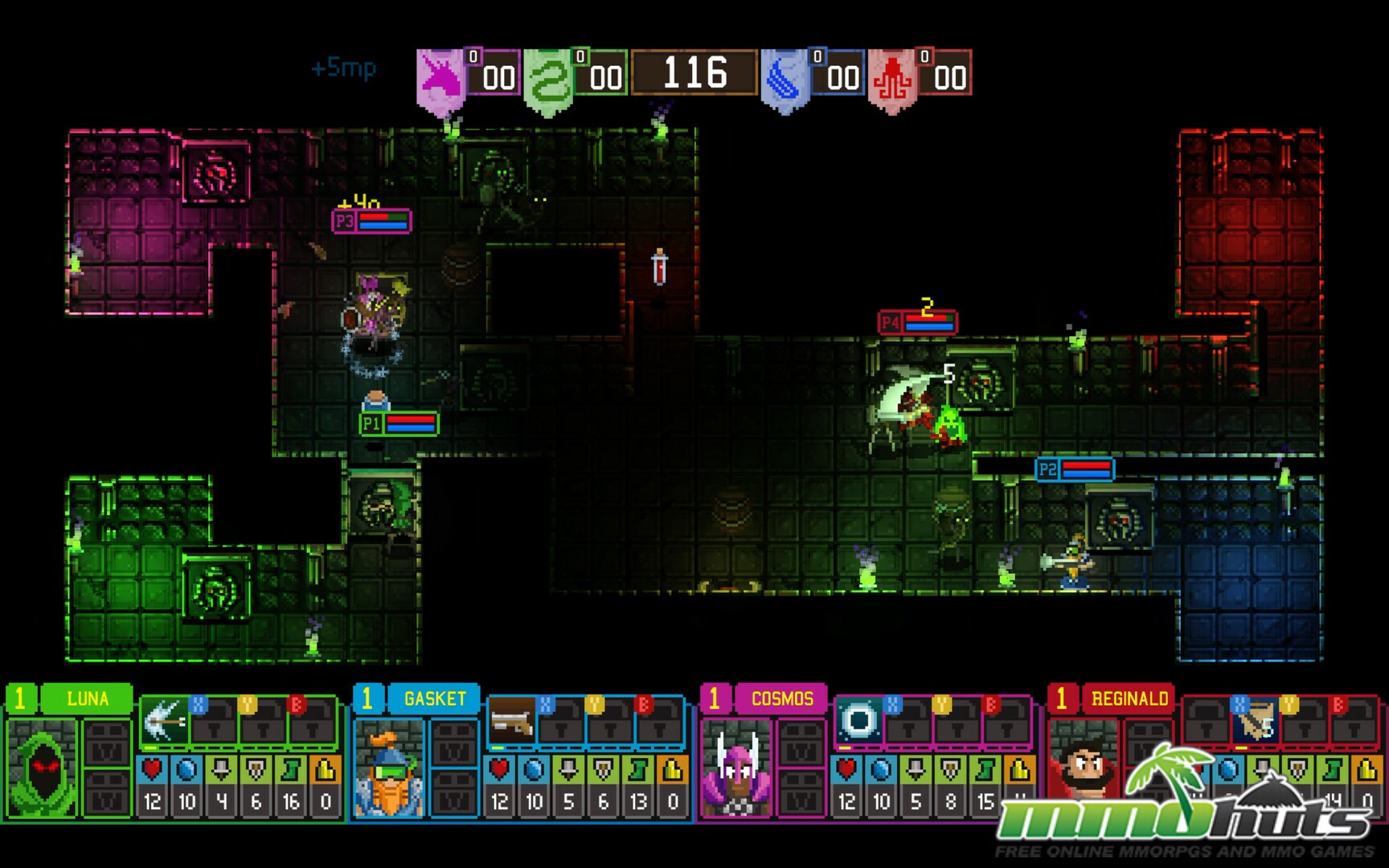 There's just enough fog of war between players in matches to add that element of surprise as you explore maps, thanks to the randomness of dungeons.

At its core, Dungeon League is a Rogue-Like. These are the games that offer similar gameplay to that of the original Rogue. Hallmarks of this genre are character progression, randomly generated dungeons, and loot. Dungeon League has all three in spades. Each match you play will take place in a different dungeon, with a different set-up of opponents (even the players). This means that while strategy and skill are still king, you won’t find yourself becoming completely used to or bored of a single map.

While (at least for me) this is the biggest attractor the game has, it’s also more than likely what will make most people apprehensive about trying the game. Rogue-like often times seems like a very niche genre and even of those who already enjoy this style of game may find themselves unsure on whether or not they should give Dungeon League a try. Often times Rogue-likes (especially recent Rogue-likes) have a very casual feel to them, yet also have some very hardcore element. It’s hard to imagine how well these elements will translate into a competitive multiplayer game, so it’s understandable if you come across Dungeon Land and are wary of it. But, from what I’ve seen, I would say you don’t need to be wary. It’s worth the price. I’ll continue to explain why in this article.

A lot of Rogue-likes have 2D graphics, making use of pixel art. This is true of the very first Rogue-likes and even those that are being released in 2015. Despite this simplistic style, the graphics are nearly as important as the gameplay for many fans of the genre. Akin to Simulations relying on the latest and greatest realistic graphics to draw attention, a Rogue-like’s ability to reinvent 2D pixel art without destroying the associated nostalgia is a delicate balance beam that can make or break a project’s hype. 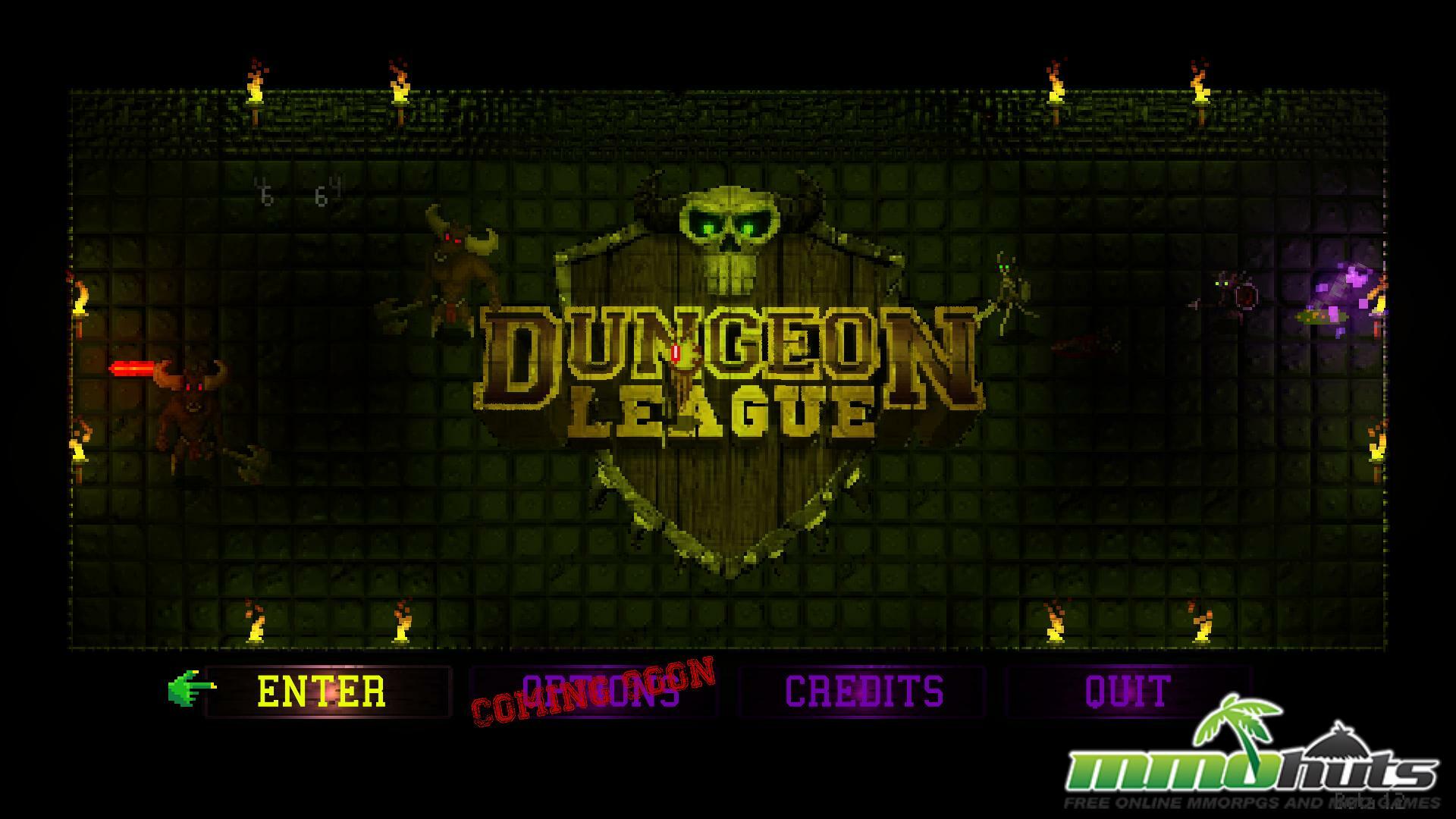 The developer isn't ashamed to admit that he's targeting your nostalgia strings... hard.

On top of the graphics, there’s also a very nostalgic sound track playing. The sound effects will be eerily familiar, too. I feel like the developers went all-out when it comes to invoking the sense of nostalgia this game will give you. The pixel graphics, music, and sound effects meld into something beautiful that you really need to experience to understand. The only thing that could make it better would be an 8-or-16-bit soundtrack but, like I said, the music that plays is quite nice.

What separates Dungeon League from the other Rogue-like’s (which is becoming a more and more popular genre) is the addition of PVP elements. Traditionally, a rogue-like is strictly PVE. While you’re taking on monsters and completing quests, you’re also competing against other players in either team-based matches or free-for-alls.

The only available game mode when I tested the game, however, was Tournament. There are three others on the main menu that may be available at the time of publication or future. These are Gauntlet, Survival, and Dungeon Ball. Tournament is split up into Rookie and League, one meant for rookies and the other for veterans. The goal of tournament is to either play in free-for-all or team-based matches with random objectives, with the first team to win three rounds being the winner. Tournament is designed to be quick and smooth, with rounds not lasting long and the match itself not going over ten minutes at the most. 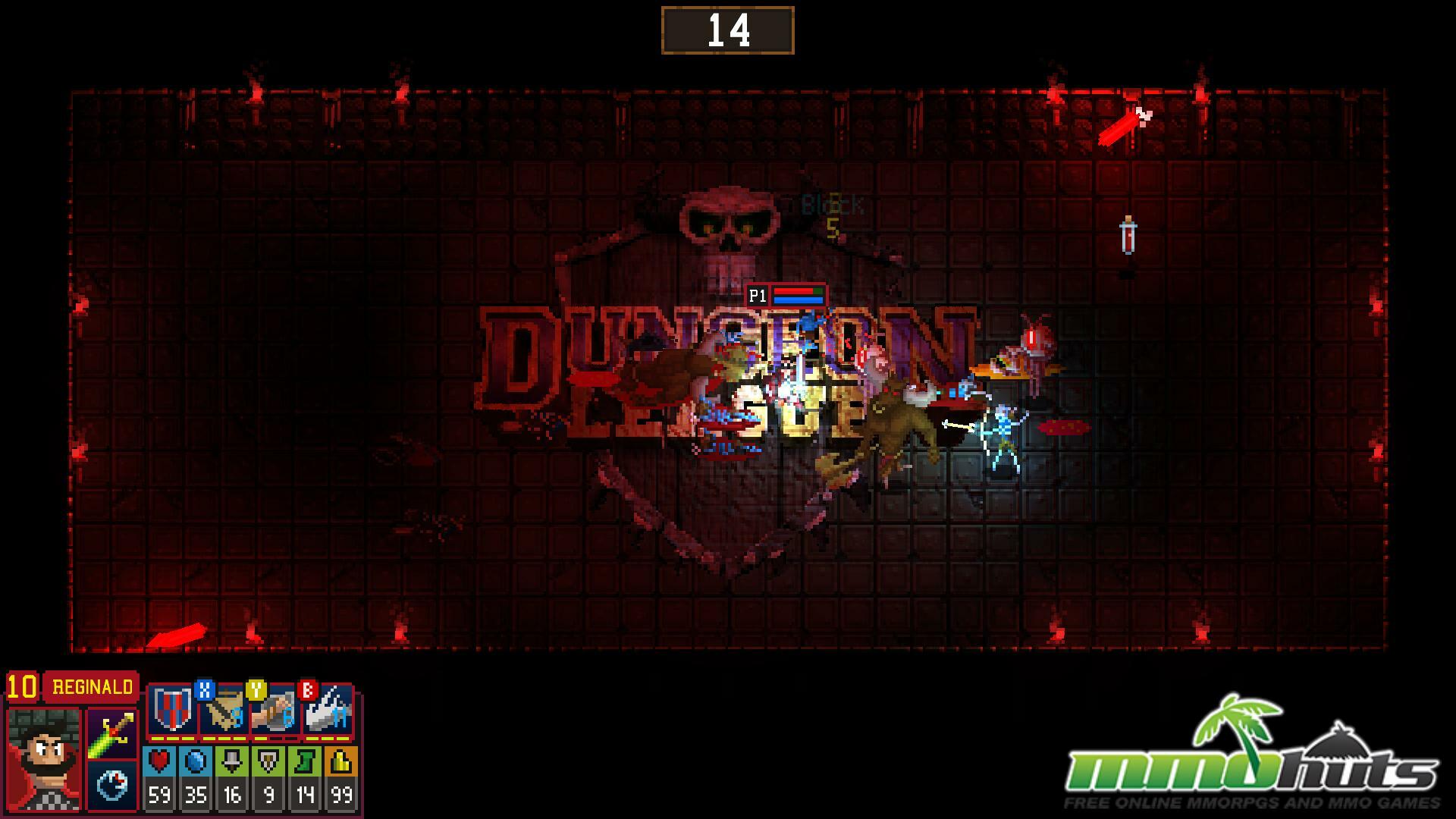 PvP is fast paced, and matches are short enough to keep you wanting another round.

Unfortunately, for now, there is no online multiplayer. You can only play locally, which makes it quite hard to play with others. For me, this lack of online multiplayer is what sets the game back. Otherwise I would be playing it a lot more often. As it is, it’s just too much of a hassle to bother with in most cases. Once this is fixed, I see the games popularity soaring. Honestly, until the online multiplayer is added the game isn’t worth the $10.

The short answer is: Definitely. The mixture of dungeon crawling and competitive play mixes in a beautiful way that I wouldn’t have even thought about. With just one, you would probably get bored quickly. But the combination of the two gives you so much more to think about and do. The quick-and-dirty nature of the matches ensures that you’ll have non-stop action, too. So yeah, the combination of genres in Dungeon League definitely go together.

The chaotic gameplay helps a lot, too. You’re never quite sure what you’ll be doing in each match. Everyone starts out separated and the dungeon begins dark. You’ll have to explore your way through it, fighting off mobs and collecting loot and experience as you make your way to the objective for that round. Eventually you’ll come into contact with enemy players. You can guess what happens from there.

Dungeon League has proven to be a promising game. I cannot wait until it’s fully developed and a larger community starts to form, because I’ve found myself hooked. The only downsides to it, so far, is the lack of completed features and difficulty in finding someone to play with. The concept of a traditional dungeon crawl experience mixed in with competitive PVP game mode works surprisingly well. I say you should definitely give Dungeon League a look if you haven’t already.