Digital-First Comic INFINITE CRISIS to Debut on May 19 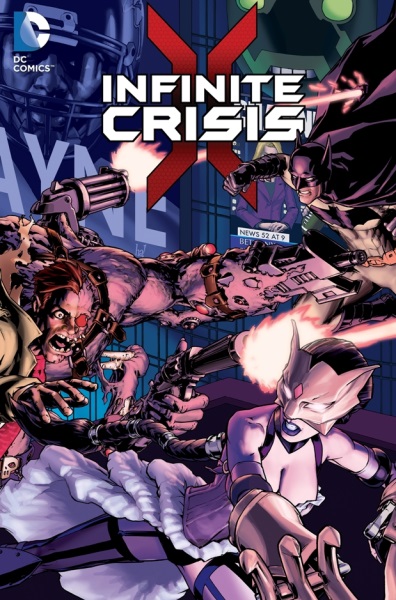 Comic and gamer fans mark your calendars for May 19 when the highly anticipated INFINITE CRISIS digital-first comic book will launch. Based on the upcoming game by Warner Bros. Interactive Entertainment and developed by Turbine, INFINITE CRISIS has a stellar creative team lined up. The comic series is written by Dan Abnett (GUARDIANS OF THE GALAXY) and illustrated by the likes of Carl Potts, Trevor Scott, Larry Stroman, Szymon Kudranski and Tom Raney, among others. Covers are illustrated by the talented Gene Ha and Issue #1 will include a Harley Quinn variant cover by Terry and Rachel Dodson.

The INFINITE CRISIS digital-first comic takes place before the start of the video game and brings together unique versions of DC Universe heroes from across the diversified expanse of the Multiverse to try and head off a Crisis that threatens to destroy all of their worlds. Heroes and villains from Gaslight, Atomic, Arcane, Mecha and other worlds battle and join forces with Prime Earth Batman in this rapidly escalating conflict. In addition to characters from the video game, two characters are being introduced just for the comic book: a re-imagined Harbinger and the terrifying, all new Atomic Two-Face.

The INFINITE CRISIS digital-first comic book series will replace the Monday slot previously held by ADVENTURES OF SUPERMAN. The Man of Steel anthology series ends its run today with Chapter 51, while fans can continue to collect the final chapters in print.