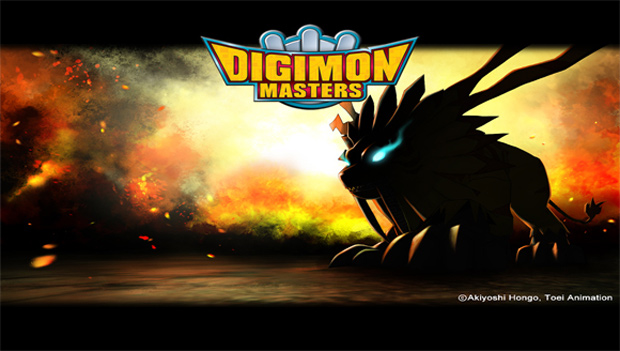 Digimon Masters is a free-to-play MMORPG by Aeria Games and Joymax based on the hit franchise Digimon. Loosely based on the fifth anime’s storyline (Digital Data Squad), this game lets players experience the life of being a Digimon Tamer. With a vast list of Digimons to hatch and evolve as their main selling point, we’ll take a closer look as to whether this game from its long running franchise would still be able to hit both avid fans and newcomers alike. 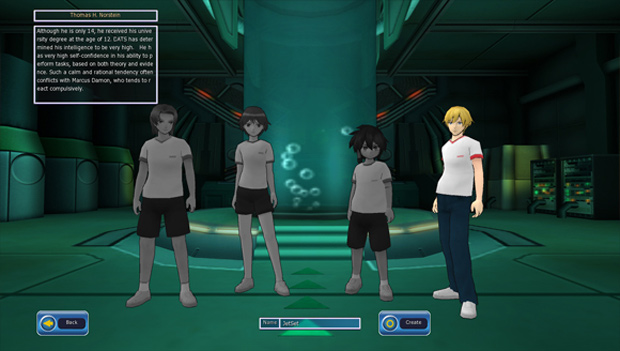 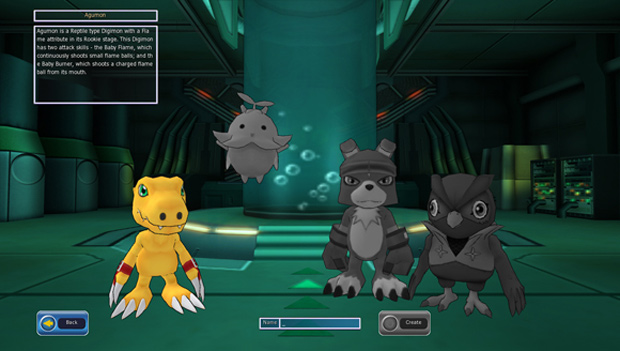 The game starts off by giving players a choice to pick an avatar based on the four protagonists from the fifth anime, together with one of the four starter Digimons. As an avid fan of the first generation anime, I was initially eyeing on picking the famous spiky haired kid with goggles (Taichi), until I later found out that the first gen tamer avatars were only playable if you purchased them in the cash shop. And Taichi was worth $10! That was a total bummer for my part but at least the all-time favorite Agumon can become one of your first digi-buddies for free! 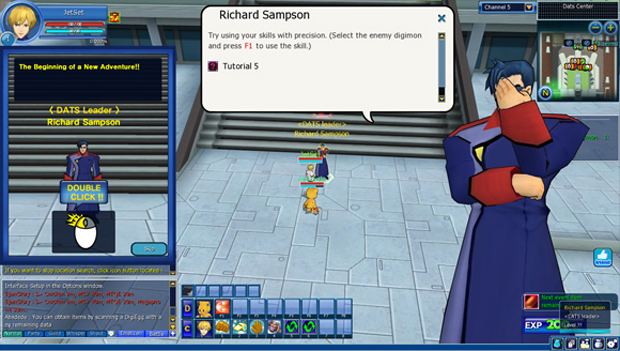 After the character creation sequence, a set of tutorial quests are setup as soon as the town hall loads up for the first time. Like always, the tutorial quests are there to get players a chance to familiarize the game’s mechanics. The learning process is easy and young gamers wouldn’t have a hard time adapting to its environment. As for the controls, character movements are only maneuverable by mouse and WASD movements are not applicable (commanding your Digimon is just one smooth mouse click or hotkey away). The map and NPC search features are also there just in case you get lost in the Digiworld. Enabling the Search features pops up an arrow that’ll guide you to your destination but unfortunately, the map system doesn’t have an auto-find feature so you’d still have to walk it out manually. So generally speaking, playing Digimon Masters feels very similar to a lot of well-crafted titles around the market in terms of interface. 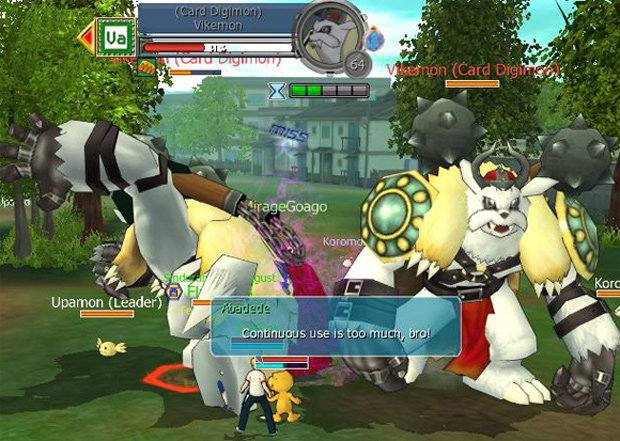 The combat system in this game is somewhat altered if you’ll compare it to usual MMORPGs. Digimon Masters focuses on your Digimon’s development instead of the tamer so it may also look like the tamer is just a mere pack mule picking up scraps dropped by each defeated wild Digimon. As for leveling up, the only way to progress in this game is through grinding and questing. These quests also let players learn more about the storyline and farming is plain easy for there are LOTS of digital monsters roaming around the world just waiting to spar against your partner.

Getting your Digimons to reach a certain level would also let them learn how to Digi-volve to their next forms. The skillsets change on each evolution and its lethal potency becomes stronger in each evolution stage. The DATS center could help enchant your Digimon with more attributes as long as you have the needed materials for the enchanting procedure and additionally, there exists a Digimental system, which is basically a system to unlock ten elemental crests that will determine your Digimon’s elemental attribute. 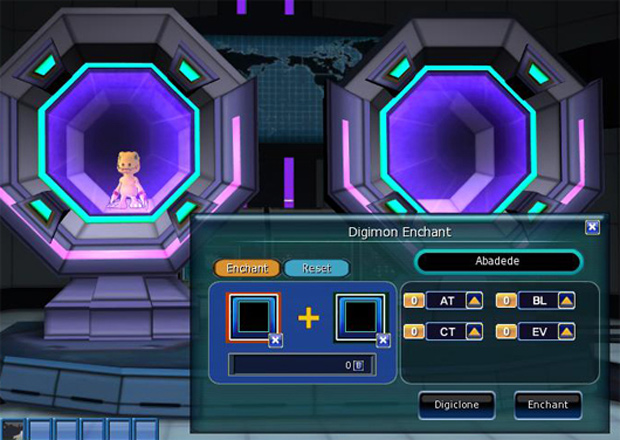 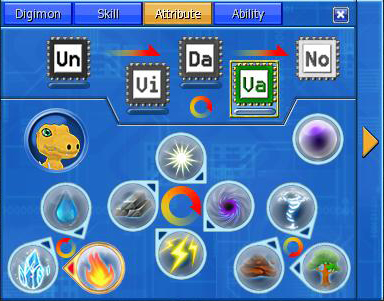 There are only two ways to acquire additional Digimon mercenaries in game. The hard way is to tediously farm up monsters until you get a Digi-egg of a certain basic Digimon after which you’d want to say a prayer to the gods that your egg could successfully complete at least three of five DATA injection phases. The other method (and easier one) is to pay up real money and buy a special Digi-egg with a 100% rate of hatching. For gamers aiming to play this game without coughing out a single cent, hatching Digi-eggs is the cruelest part in the game. I guess this is the only portion where spending cash matters and where normal players would really feel a huge gap between them and cash-spending players.

Training Digimons with more players is the best way to enjoy the game. If you’re seeking help to achieve your Digimon’s training, there is a party and guild system that’ll add more spice during monster farming and when taking quests. There’s also a PvP arena where players could duke it out and see which one’s got a better partner. Furthermore, fellow players run the game’s economy and everyone can put up a shop that’ll stay up and running even when they’re away from their keyboards. These key social features offer gamers a chance to interact with each other. Unfortunately though, the game seems to focus more heavily on collecting Digimons, and as a result the developers appear to have not given much attention to the game’s competitive aspect. 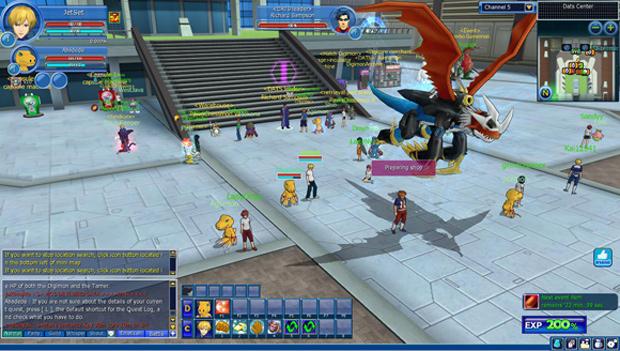 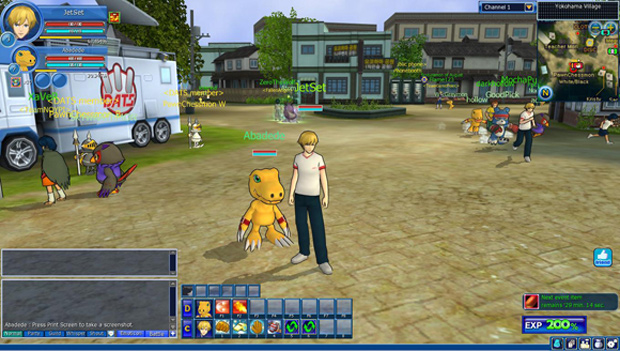 Despite being a game already released for almost half a decade from its original country, the cel-shaded aesthetic presentation of the game never made it look old and out of date. At the same time, if you’ll compare this to its former online game called Digimon Battles Online, the art style used in Digimon Masters sticks to its original presentation, which in my opinion is how a Digimon game should really look like.

And as I’ve said earlier, the game has been around for almost 5 years so if your PC was made in 2010 then you shouldn’t worry about getting a single framerate drop at max settings.

The game isn’t that perfect and the drag of breaking Digi-eggs could be a major turnoff but Digimon Masters is surely able to serve players with a good dose of fun. Just the mere idea of seeing your first Digimon partner evolve to its radical form could excite you enough to keep you at it for countless more hours of training. If you’re looking for competitive or objective-based combat, I guess this game wouldn’t serve as your cup of tea, but if you’re more into collecting and raising your very own little pets then click on this Digi-link to play Digimon Masters today for free!