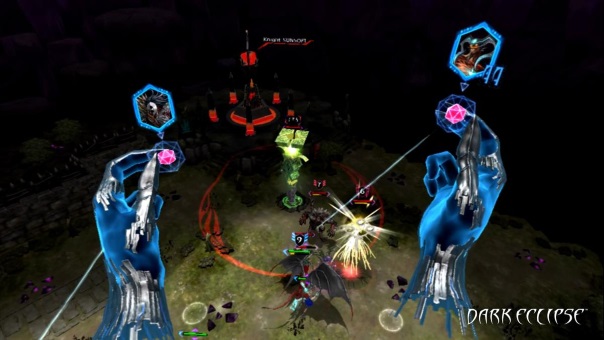 Dark Eclipse is the first-ever MOBA for Playstation VR (PSVR) and is available for free in North America and Europe. SUNSOFT blended classic MOBA gameplay with the tactics of an RTS title, and Dark Eclipse neatly binds it with precise controls built for split-second decision making that is needed in competitive play. Matches are fast-paced one-on-one battles lasting 10 to 30 minutes, where both opponents attempt to conquer each other’s units and base. Players control teams of three Leaders, each with their own unique powers and the ability to recruit Soldiers who increase and power throughout the match. At launch, Dark Eclipse has 15 leaders, and more will come in content/balance updates. Leaders can be purchased with in-game earned currency, or through special Starter Packs available through the PS Store, that also feature unique character skins and players icons.

Celebrating its 40-year anniversary, a rare video game industry milestone, SUNSOFT created Dark Eclipse as hardcore fans of MOBAs using VR to give the genre a much-needed refresh. Dark Eclipse was built from the ground up in VR and utilizes the medium to great effect by replacing the typical MOBA mini-map with the player ability to fly over the battlefield with full 360-degree vision, engaging in combat by reaching out, grabbing and moving their units.