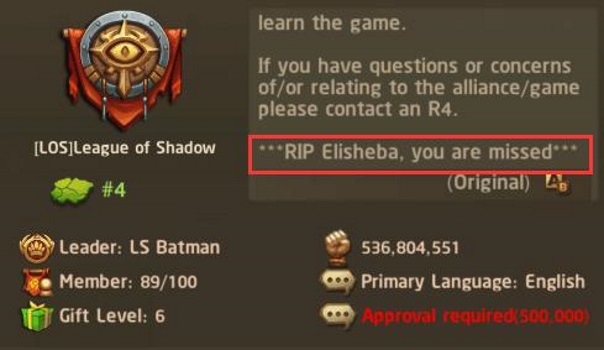 Primal Wars: Dino Age is a mobile RTS with a huge community of very vocal, helpful players. Their developer, 37Games has also taken time out again and again to listen to what the players want. 37Games recently received an email regarding a guild member of “League of Shadows” who had passed away and wanted to commemorate her in-game with a lifelong shield. 37Games went above and beyond this request, by naming their new server K12 after the guild members user name ‘Elisheba’, forever remembering her in game. She will be fondly remembered by both friends and members of the “League of Shadows” guild within Primal Wars: Dino Age. 37Games also recently put up a poll concerning the “Dragon Slay” button, which had been removed from the city management screen. The people overwhelmingly voted yes to returning it (with only two votes for no), and returned the button right where it originally was.