Could SMITE Expand into MMO Territory? 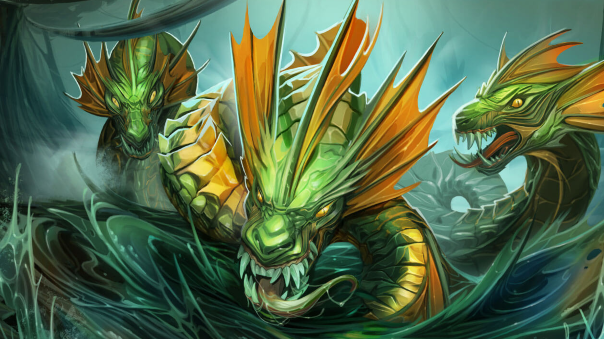 The addition of SMITE‘s “Adventures” has been a pretty big hit, but arguably, none of them were as successful as the Trials of Hercules. This was a more open MMO adventure, where players gathered in groups of threes, taking on quests and defeating familiar enemies, mostly mythological creatures in search of gold, treasure, and more power! It basically had everything an MMO that is successful had, without having to create anything new, other than some movesets for the enemies. The more I’ve contemplated this, the more I wonder “Could this be an actual MMO? Could Hirez Studios create a SMITE MMO to do battle with the current F2P crowd of MMORPGs?” and this is a serious question. Most of Hirez’s ventures lately have found success. SMITE Rivals took a tip on the “delayed indefinitely” tour bus, but Paladins and Hand of the Gods are going gangbusters. So the question is: Could Hirez find a way to create an MMO-styled game using the lore they’ve been creating? Survey says “Yes”, but it has to be a particular MMO. But I’ve considered this for more than one franchise. Dragon Quest has an MMO but we’ve never played it on American Shores. .Hack was built on the MMO franchise and also had one. Another potentially great MMO we’ll never see. Let’s start with SMITE though.

Anyone could appear in any skin!

To the layman, SMITE has no story. It’s the “battleground of the Gods”, where Gods of all walks of life appear to do battle and see who is the strongest. However, there is a small SMITE comic series that has an actual storyline that could be followed. But where the hang up is, if everyone is playing as a God, isn’t it going to be weird to see a group that has two or three Thors in it? Well that’s pretty simple because the answer is already out there. Marvel Heroes Omega explains it with some cosmic nonsense and the universe shattering. They even say “You’re probably going to see a lot of … well, you.” in the early game dialogue. So there you have it. Everyone could play Gods, rampage across a variety of maps, pummeling some of the more evil mythological creatures/deities to make everything right again. Doesn’t even have to be in that same style of game. You could make it an isometric, which is pretty popular for that style of game. Sell costumes/skins that change the visuals/voices for their powers and interactions. There are lots of ways it could potentially be monetized, it would work on console easily enough. There are literal scores of Gods that could be behind it, or Titans, or other mythological powers to force some of the more evil deities to work together for a common goal. Not to mention you could use this to introduce a new pantheon or a non-playable pantheon. Say the Zoroastrian Devil, Aka Manah which translates in to “Manah Made Evil” or “Mind Made Evil”. He’s the Devil of Evil Intention, and could certainly influence other deities into doing his will, especially more arrogant, foolish ones like Hercules, Thor, Ares, Bellona.

The personification of evil.

We’d just need a few outsiders, like the Japanese Jikininki [spirits of greed and selfishness], and some of the major Gods of Death, such as Hades/Pluto. There are some obvious choices for enemies, like Fafnir. I could see Fafnir becoming a villain, but changing his mind when this evil pantheon decides he’s not sharing enough.  The Norse Goddess Nott could appear [Personification of the Darkness/Night], Indra of the Hindu faith could be corrupted. There are so many Gods not used in these pantheons, that don’t necessarily have to be playable but could be impossibly powerful forces to contend with. Da Ji for example! She’s evil incarnate! She’d probably relish in torturing the other Gods and their followers. Sun Wukong? 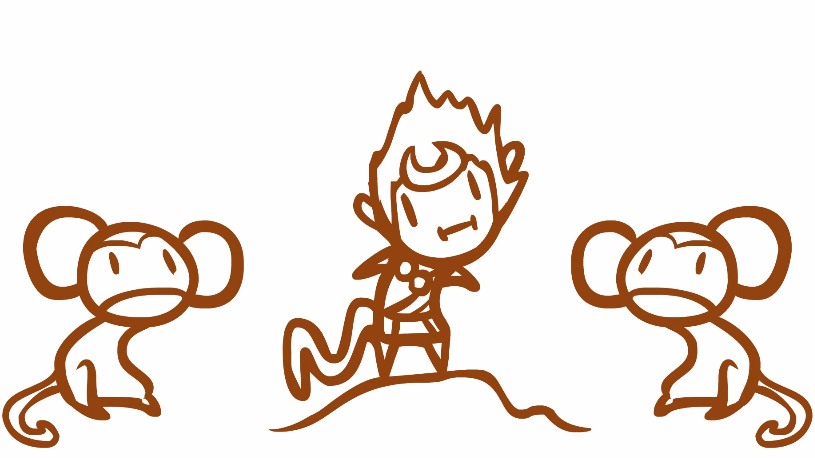 Not evil, but he is a jerk! Who knows, he might play the field and work both sides against the middle, just for funsies. Anubis? He’s not “evil”, but his goals could line up with this evil force temporarily at least.  They could enslave the Hydra, the Cyclops, et cetera. Eventually, some of these villainous Gods could turn [a’la Doom becoming playable]. You wouldn’t want the entire cast playable at once, though. We’d want to nail down a few ideal starters for everyone to pick from. Who could those be? You want a nice average of them, as many of the roles as possible. I’ll probably leave the smaller pantheon, Celtic and Japanese as NPCs for now since they need more characters. You can start with just a few pantheons, ideally, and still have a lot of characters and stories to tell.

Nike could be such a fun bruiser.

The leaders of factions are pretty easy to establish, thanks to Hand of the Gods/SMITE proper. The only downside is that they wouldn’t be playable. So instead, perhaps a council of NPCs that are important within their pantheons. Hera is a fine example for the Greeks. Minerva could show up for the Romans, Zamn could arrive on behalf of the Mayans. From China, we would ideally have Guanyin, the Goddess of Mercy. You see? There are choices, options. Hundreds, thousands of gods and goddesses that are not being used for anything. From there I want to consider abilities. God kits are small [mostly] because this is a MOBA. You don’t need to have twenty different skills, four passives, and a trait tree. That’s way [waaaaay] too cumbersome. Would we want to expand on their abilities? Maybe a little. I’d also probably consider a “role pool” of skills, in the same vein as Final Fantasy XIV.

We already have Ranged Magic/Physical DPS roles, Tanks, Healers, Rogues [Assasssins] and Melee fighters. We have all the traditional roles for raids/dungeons/exploring. But their kits aren’t going to be ideal for customization, at least at the outset. We could probably take some of the item passives/actives, and offer them up to particular characters or to this “pool” of skills. So the game wouldn’t have a hundred skills per character, and people could literally play the tank/dps they want, instead of playing a generic class and spending hours figuring out the “perfect” build. Less customization, maybe. But far more in the way of “choice”, and that’s what players like I think: having choices. Do you want to be the CC tank, the threat generating aggro tank that can’t die? Or just be an unstoppable wall of health?

Just imagine Da Ji and her stupid pillar as a raid boss.!

A level system would be fairly simple to utilize also and add some stats to it. You could make it 30, like accounts used to be but I imagine that would get boring pretty fast. 60+ with Mastery/Releveling, akin to Marvel would probably keep people coming back, especially if it came with Mastery Skins or something like that to show off how devoted to your pantheon are. Not to mention you could implement a pantheon system where leveling Gods in the same pantheon could provide certain permanent stat buffs or bonuses for going deeper into particular pantheons. You could do crossover content with Paladins pretty easily; they aren’t Gods, but they could be NPCs in cities/realms to help out the players and cross-promote. They already have an equipment system that exists, and you could use that as a base for the equipment drops in-game. Honestly? It would be pretty fun, and I’ve got plenty of ideas already brewing in my head. How many mythological backdrops could we fight across? The Nine Springs, the various Realms from the Norse Mythos, Olympus, Hades, the list just goes on and on. This one feels like it’d be the easiest to me. And with Hand of the Gods, there’s more experience creating… smaller versions of the Gods? More animated versions? I’m not sure what the term would be, but they’ve done it, and could easily branch out from “Trials of King Hercules” to SMITE Heroes. Just remember, I had the idea.

But what do you guys think? Good idea? Great idea? Need some work? Think Hirez should take me on because I’m brilliant? Let me know below!