Continent of the Ninth Seal Review 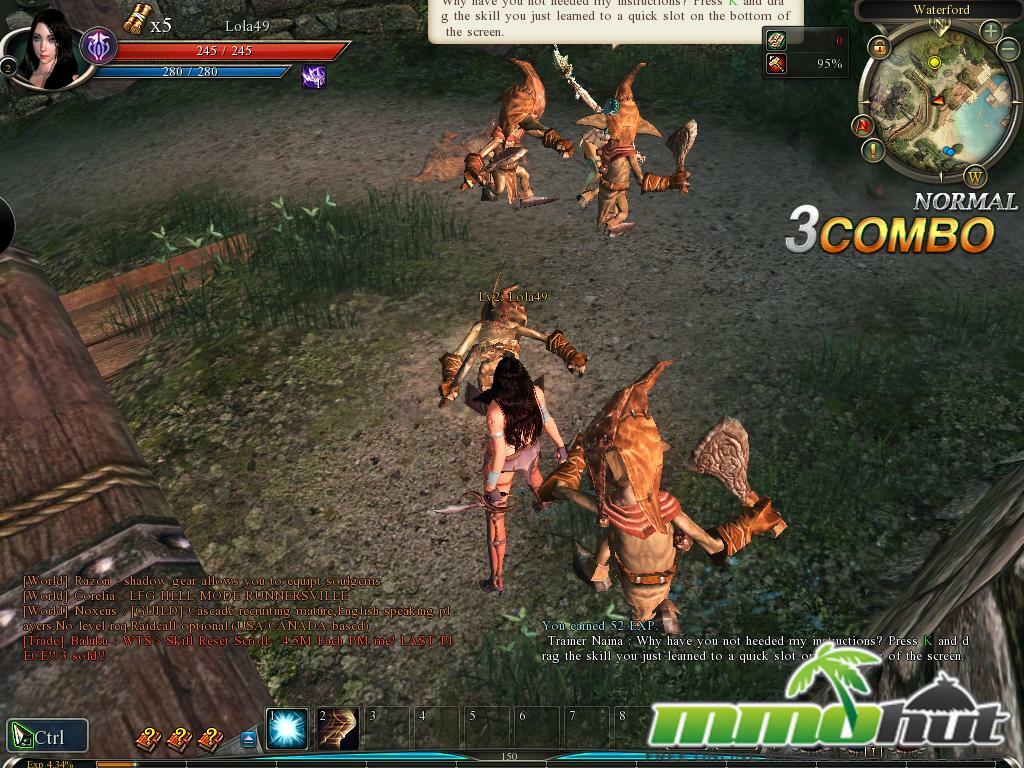 Continent of the Ninth or C9 is a 3D fantasy themed dungeon action MMORPG by Webzen. Players are transported to the Kingdom of Tampera which has been overtaken by an evil satanic force. With a king that has suddenly disappeared and droves of invading monsters the empire is need of a few good heroes. C9 is a Korean based MMO which features a solid storyline that slowly unravels as players embark on their journey as a warrior fighting the mysterious darkness corrupting their world. Complete various quests, fight off hordes of invading beasts, raid dungeons with fellow comrades, and even loot other players’ instances. Wage war against other players in multiple PvP modes or go on a PK spree. The destiny of Tampera is up to you.

A Hero’s Quest, the Gameplay

Like most traditional role-playing games players start out with a brief tutorial and a wolf killing quest but Continent of the Ninth isn’t your average MMO. Players enter a visually impressive world where combat and challenges are part of a hero’s daily life. C9 is very action and PvP-oriented. Although there are plenty of quests players will find themselves constantly fighting off an onslaught of monster attacks while attempting to go from point A to point B. Most of the quests involve relaying messages to other NPCs or slaying beasts terrorizing the local villages. The game’s unique FPS style controls and combo system really makes the game interesting but there’s a slight learning curve. Players have to manually execute each attack or combo move by hitting the correct key combination in sync. WASD keys are used for movement as well as together with the left and right mouse button to perform certain moves. Similar to Dragon Nest players have to be quick on their feet to execute various combos and counter attacks. A meter on the side of the screen keeps score adding a console or arcade type of feel to the game. As heroes battle against swarms of creatures an adrenaline pumping rock soundtrack plays in the background. Little touches like that along with the powerful graphics engine used in the game really sets the tone. Before and after each quest an optional cut scene with text dialogue plays as well. The skill animations of magical fireballs blasting foes to the details of a knight’s sword add to the overall atmosphere as well. The fluid combat is very reminiscent of popular titles like Vindictus. 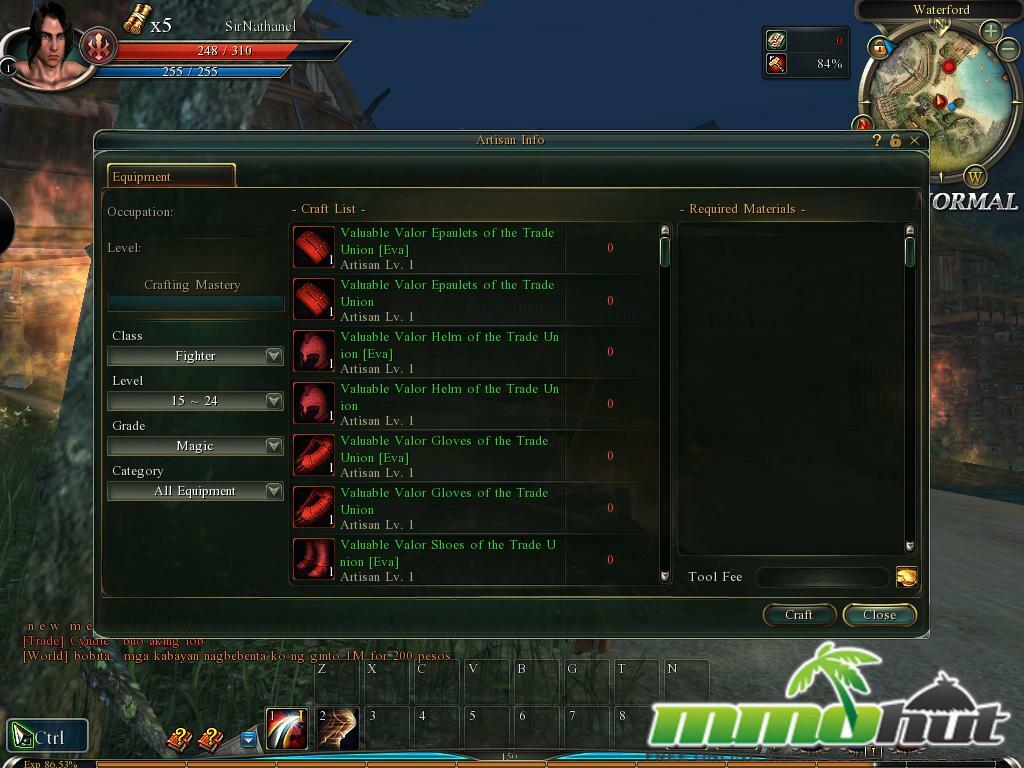 Another major part of the gameplay in Continent of the Ninth is PvP battles. There are four different PvP modes that range from Relay to Ranking matches. In Relay mode 16 players are divided evenly into two teams of 8. Each member will battle a 1 vs. 1 match against a player from the opposing team. The first team to have all of their opponent’s team defeated wins. Relay is an arena style war with an option to allow non-participating spectators to watch. A popular mode in C9 is the Deathmatch. This round is very similar to Relay with a few minor changes. There’s a time limit during death matches and each kill is counted towards a player’s teams’ overall score. The first team with the most kills or combo points at the end of the match is declared the winner. During Team Match mode it’s a player killing free-for-all. Each match in this mode is divided into 2 to 5 rounds. The team with the highest number of surviving players wins. Players must be level 45 or higher to participate in the fourth PvP mode known as the Ranking Match. It’s slightly more complicated to enter but reaps higher rewards. Once a hero has applied to participate they will be automatically matched up with a worthy opponent with similar rank status. Both parties are transported onto a random battlefield to fight for three consecutive rounds. Players earn rank points that can advance their title from Warrior all the way up to Majesty. Forming parties and joining guilds is also an important aspect of the game since PvP wars and dungeon raiding make up most of the gameplay.

There are dungeons, chaotic invasions, intrusions, and a special Hell-mode feature in C9 as well. Scattered throughout the world of Tampera are dungeon instances crawling with deadly monsters that players can enter. These special zones feature platforms, traps, buildings, and sometimes perplexing puzzles for heroes to navigate through. Each instance can be tackled solo or with a party of friends and range in levels of difficulty. Normal to Master modes varies with an increase in the number of enemies and their strength. The dungeon system in Continent of the Ninth is much like the one in Rusty Hearts or other instance based MMOs with a reward chest presented at the end of every successfully clearing. At level 25 chaotic invasions can be performed. This system lets heroes raid other players’ instances. When a players overthrows an instance they receive additional experience along with more valuable item drops. In high level dungeons intrusions can take place allowing other players to enter an occupied instance to kill that player or party along with the area’s inhabitants. When an intrusion occurs players receive bonus XP and the victorious champion will earn possession of all the zone’s treasures. In the eloquently titled Hell-mode instance heroes must attempt to collect dropped magical shards and class stamps which can later be exchanged for rare Hell Armor items in the shop. 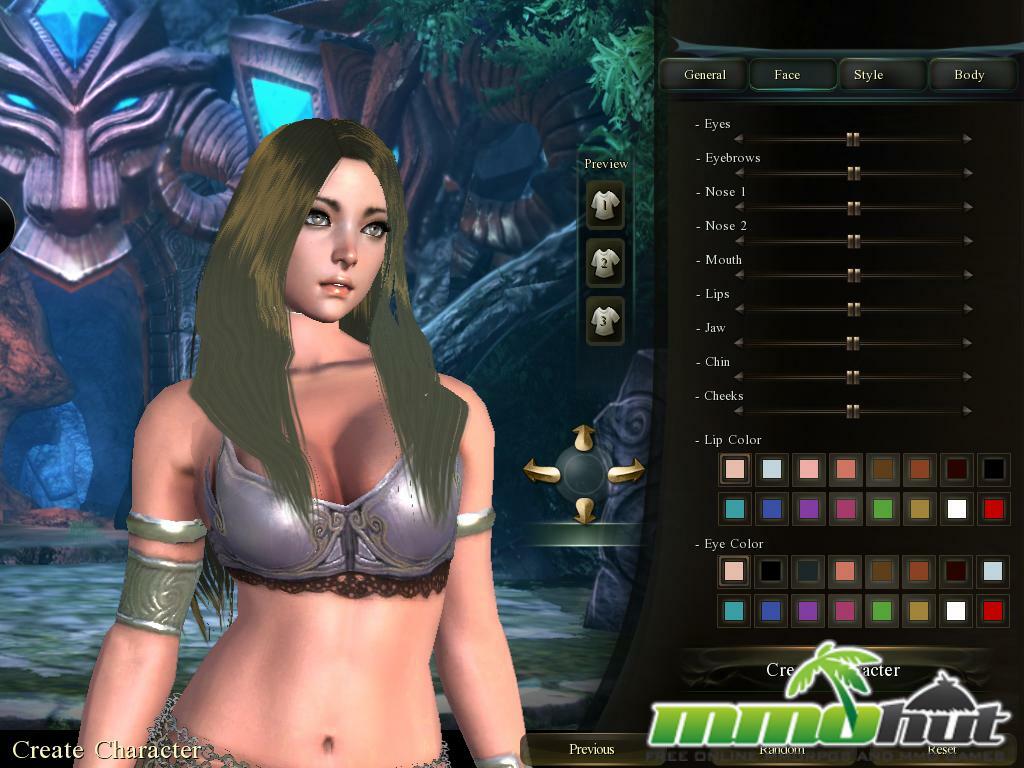 The NPC shops stationed within villages only offer basic items. Many of these accessories are rather generic in appearance and functionality. Players can purchase skill stones, healing potions, magic elixirs, and beginner concoctions from the Magic Merchant. Depending on a player’s set gender class gear in the form of old bracelets, rings, armor, necklace, rings, boots, and belts can be purchased. The weapons selection is a somewhat limited as well. There are only a couple weapons for each class. Buy an Old Dagger of the Patrol Recruit, Staff of the New Adjutant, Blade of the Retired Brigadier, or Longsword of the Patrol Recruit at the local merchant shop. Bucklers and longbows are also available. Most items can be earned through monster drops or raids. The crafting option in the game is pretty basic and doesn’t leave much room for customization. In the C9 item mall shop there’s a dozen or so signature items like blue lace bikini outfits and hell attire for heroes to choose from but those rare items require a special currency. Despite the lack of weaponry or crafting options one of the best features in the game is its in-depth character creation. Players have complete freedom to create a cool looking hero. Choose from a variety of facial and body sizes. Adjust bust measurements; add tattoos, select skin color, eyes, and hairstyle. Unlike other MMOs that restrict the number of character creations allowed players are able to make multiple heroes, each with a distinctive look.

Continent of the Ninth is a fun adrenaline pumping action MMORPG that’s infused with just the right amount of fantasy and PvP mayhem to keep gamers challenged. Although the quests, NPC shops, and crafting feature could be better the game excels at player killing and engaging PvE combat. Fight mobs of swift AI monsters that seem to know your next move before you make it or duel a rival player for rank with spectators cheering you on. There’s also dozens of dungeon raids, an extensive guild system for higher level players, and awe-inspiring graphics. Comparable to popular titles like Vindictus, Dragon Nest, or WoW in terms of gameplay this dungeon based MMO is definitely worth checking out.