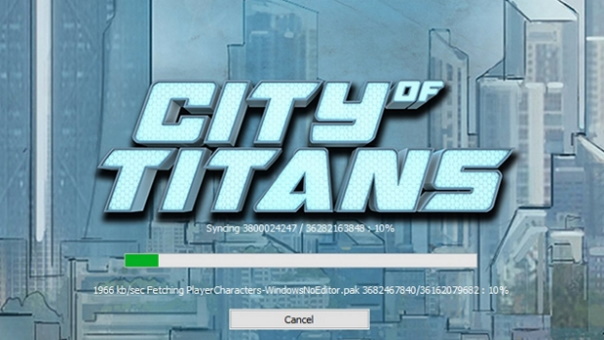 City of Titans made a pretty huge announcement this afternoon, concerning their Avatar Builder. Within the next two weeks, they will start to distribute the launcher featuring the Avatar Builder to backers whose rewards included a copy of the game. This will be done in waves to minimize download limitations. The images they have been teasing are from the fully functional launcher, tested by a handful of their forumite backers.

All backers who receive the launcher will have access to all of the game that is available and will continue to do so as more segments of the game are added. There will be no new charge for this, they went on to say. They will also open their Second Chance webstore, with this rollout. Funds raised through the Second Chance store will go into accelerating the production of City of Titans, with early priority being given to graphics and coding improvements in the Avatar Builder. The Avatar Builder that backers will receive is the standalone, early Beta version of the software that we have shown in previous updates. It is fully functional, but still contains a number of known issues. A more complete, more integrated version of the software that addresses the issues of the standalone version, is already in production and will be distributed through the launcher software as it becomes available.