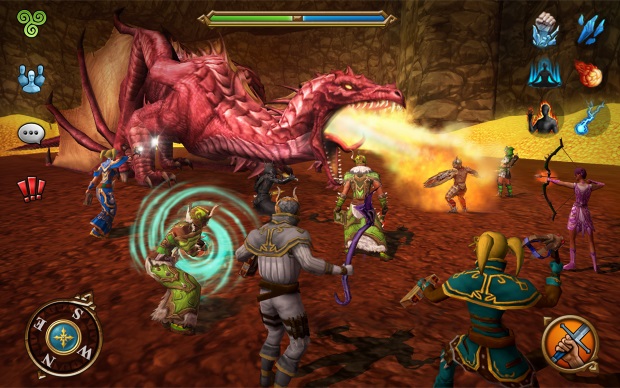 One Thumb Mobile, creator of the mobile 3D MMO Celtic Heroes, will celebrate the holidays with not one but two gifts. To end the year on a high note, the long-awaited debut of the studio’s advanced Destiny Engine on iOS (powered by Unity) is finally here — making Celtic Heroes the best looking mobile MMO in the marketplace. Celtic Heroes players will also enjoy a massive end-of-year event with the free Yule update.

Destiny, the new iOS/Android cross-platform engine, is a quantum leap in mobile MMO graphics setting a new benchmark for the genre. The new engine includes dynamic lighting, improved shadows, and hundreds of new animations—a complete graphics overhaul. While providing a new starting area and enhanced tutorial, the update also significantly improves the user experience by allowing players to use character generated by the game itself or create their own with thousands of possibilities.

“We’re incredibly excited to release our ground-breaking Destiny Engine onto iOS devices. Destiny is pushing the boundaries of 3D graphics on mobile, and it unlocks huge potential for new features such as mounted combat and crafting,” says Paul Simon, Executive Producer at One Thumb Mobile. “We have been heavily investing in our team—which has nearly tripled in size since the Destiny project began—and we look forward to continued growth and success with regular major game updates and expansions after the Destiny Engine launch.” 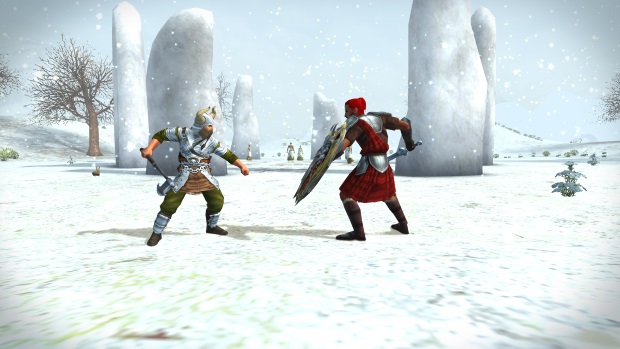 As the festive season approaches, players will also get to experience the much anticipated Yule event—bringing a touch of snow, fresh content, new mounts, luxury items . . . and Jack Frost!

Yes – Jack Frost has come to the lands of Dal Riata to help fight the minions of the dark god of storms and lightning, Taranis. Players will do battle with Monoliths of the Maelstrom to gain impressive cold-dealing Frostiron weapons, rings or bracelets designed to enhance each class. A visit to Kennis of the Snow or Serena of the Ice in Farcrag will allow players to embark on fun seasonal quests. The Yule event will be automatically added to Celtic Heroes through an upcoming update.