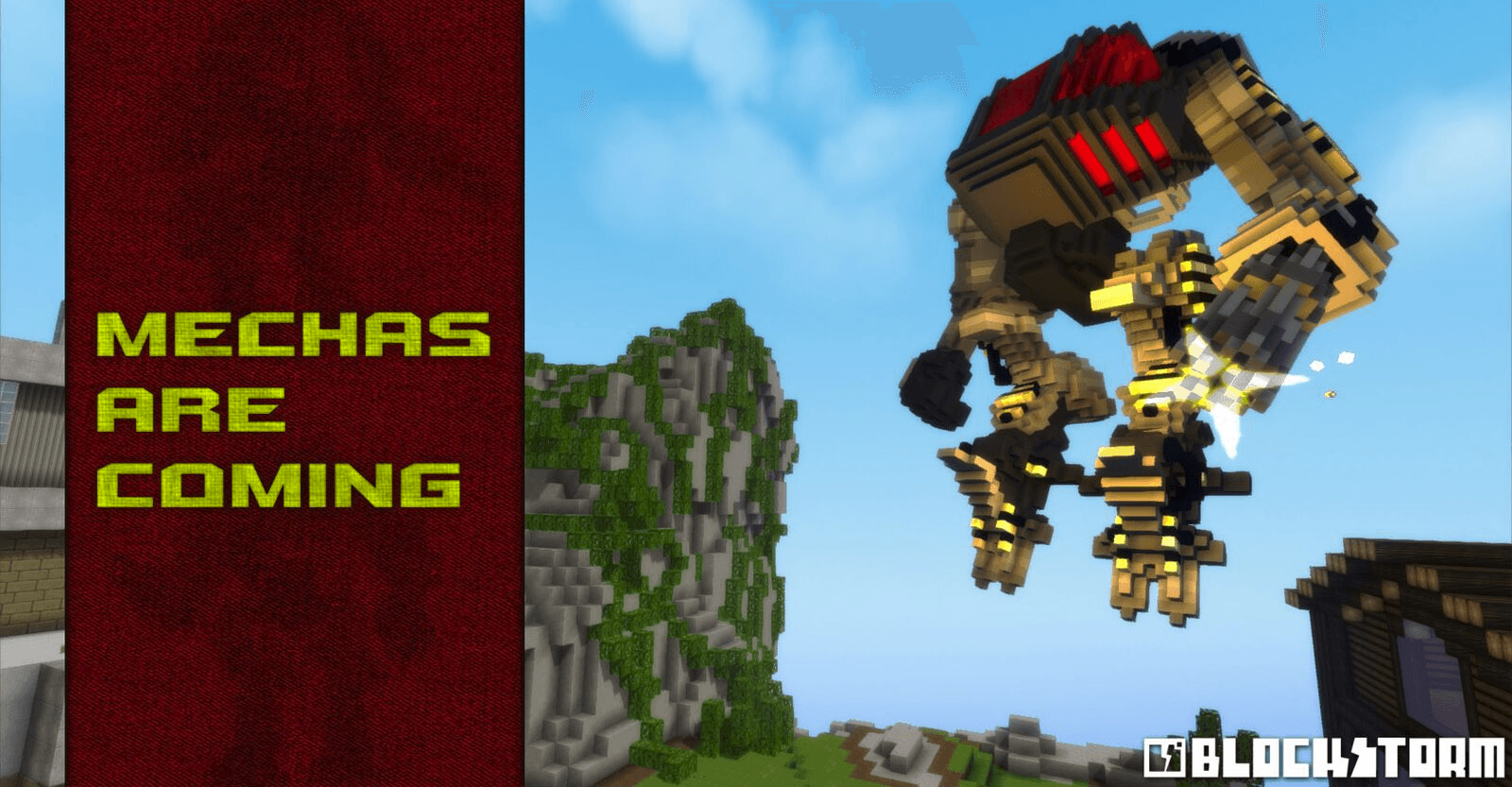 A new update will feature a brand new weapon which is very different from any other you have seen in Blockstorm so far!

Mechas are mechanical vehicles with some special features. They could perform very long jumps and then glide once in air (by holding “jump” button). They are pretty fast, so they could cover long distances through the map. They also offer a special protection for the player who rides them, since their armor is strong and the player cannot be hurt while he is inside the vehicle.

When the vehicle is completely injuried, anyway, a self-destruction countdown is started and the player should initiate the eject process before it’s too late. Finally, each mecha provides  3 weapons: a minigun with high damage bullets, a terrible fist which breaks terrain and crushes enemies and two high speed rockets.

The mecha is engaged in the following way: