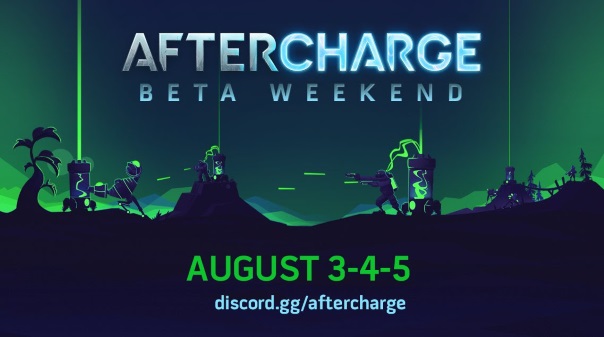 Aftercharge is coming to PC, Xbox One, and the Nintendo Switch later this year, and Chainsawesome is hosting their biggest battle to date in August. Thousands of community members will be invited to test the 3v3 asymmetrical brawler-shooter from August 3-5th 2018. This is the biggest playable build to date and the biggest Closed Beta play session of the game’s development cycle and will feature new characters, more maps, and more action than ever before. In Aftercharge, teams of invisible robots rally against their indestructible oppressors by trying to destroy their coveted energy extractors that those security enforcers protect. There are ten playable characters to pick from in this intense game of cat-and-mouse, and this will take place on Steam.