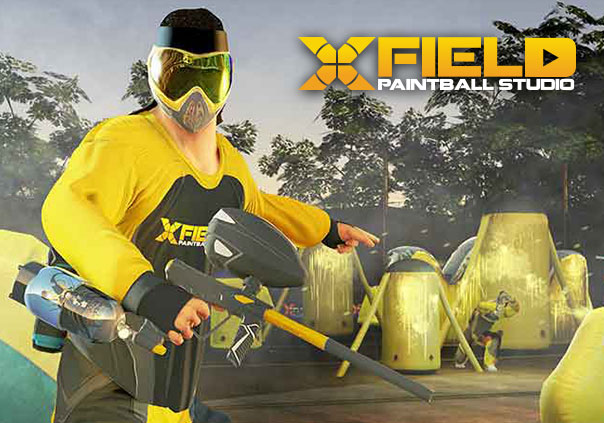 XField Paintball 3’s proprietary paintball physics engine makes shooting a paintball more realistic than ever. As you fire away at your opponents your paintballs will accurately fly through the air as friction and flight time are taken into account. Parabolic motions of paintballs in flight are also factored in, meaning you won’t be able to just fire in a straight line at your opponents. You’d better be ready to learn how real paintballs fly if you want to survive in this game!

There are currently 4 playable maps and a scenario map available in the game with more coming as the development process continues. Many of the maps have strategic elements that you will need to take advantage of like bunker placement to help your team come out on top. Some maps have even been modeled after real-life professional paintball maps, meaning they’re ripe and ready for international competition and will really bring out the depth of playing paintball.

The main game mode is a 5 versus 5 match where players will play to eliminate the opposing team, but the team sizes can be manipulated from 1 versus 1 to 5 versus 5 depending on the availability of players. This means less time spent queueing and more time spent playing for you! More game modes are planned to be developed as the game grows.