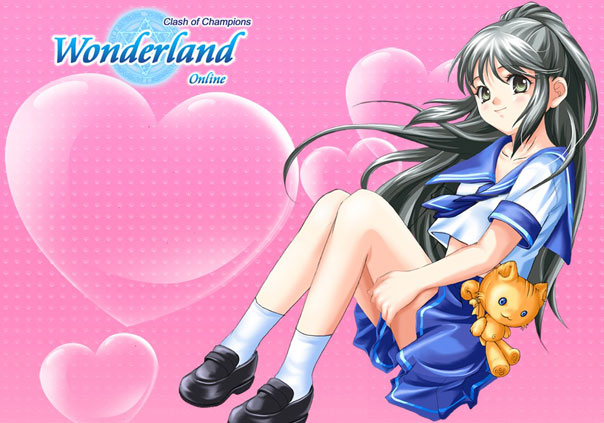 Wonderland Online is one of many 2D turn-based games, but while most of the others languish in obscurity, Wonderland has managed to gain quite a following. Like in other games of the genre, combat takes place in a separate screen when a random encounter occurs. Players not only control their own character but also a pet. There are over a dozen different pets to collect and they can be switched in and out of your party at any time. Perhaps Wonderland’s most interesting feature is its player housing. Unlike other games where you can only enter your personal instanced house from town, players in Wonderland carry their house with them in the form of a tent and can place it anywhere on the ground and have other players walk in. In total there are twelve starting characters to chose from and four elements for players to select. Each element has its own skill line so chose wisely!

Breillat – Special character, unlocked by talking to her repeatedly on the cruise ship. She has the same stats as your original character choice but has the special skill ‘tray throw.’