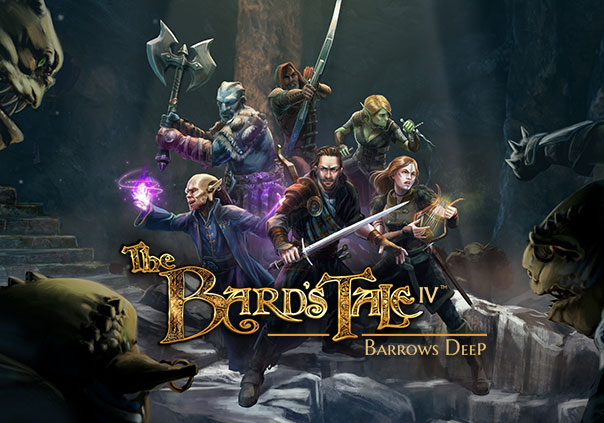 Return to the magical realm of Skara Brae as inXile brings us the sequel 30 years in the coming: The Bard’s Tale IV. Set to be released for Windows, Linux and Macintosh, The Bard’s Tale IV takes place 100 years after the events of The Bard’s Tale III: Thief of Fate. Once again, players must assemble a party to save the world from dire peril. This time though you’ll be doing so with an all new tactical combat system where strategy matters! Additionally, you’ll be able to customize your characters in all new ways, as well as equip them with legendary artifact weapons.

Finding said artifacts will only be the first step in unlocking their full potential. Etched in each is a riddle that you’ll have to solve if you wish to wield them at capacity.

Traps, mystery, terrible foes and harrowing adventure await you in The Bard’s Tale IV, whether you’re new to Skara Brae or a veteran of the hit classic series.