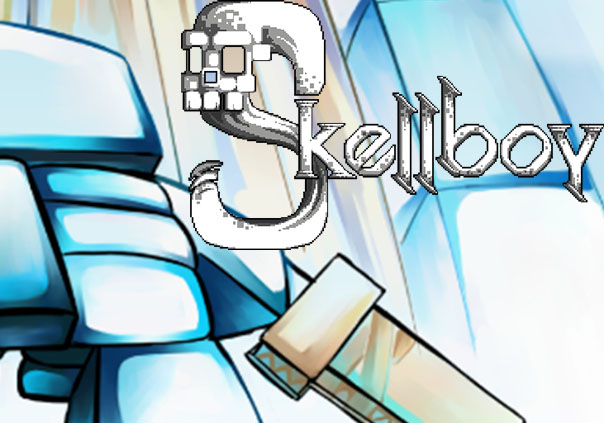 Skellboy is a 2.5D action-RPG featuring a beautifully rendered retro-style game world and a full tracklist of rocking chiptunes.

“Life was peaceful in the Cubold Kingdom until the king’s evil court magician got dumped by the princess. With his heart broken and his rage fueled, he called upon the evil spirits to resurrect the dead and the kingdom’s long forgotten monstrosities. What he doesn’t realize in his fury is that he accidentally summoned an ancient hero as well… Skippy!”

►A Terror From the Past: Go on an incredible singleplayer journey across the kingdom of Cubold fighting vicious cardboard monsters and halting the high court magician Squaruman’s plans to destroy the world.

►Hodgepodge: Out with the old and in the with the new, defeat your enemies in combat and requisition their guts for your own! Augment your skeleton body with those found on foes and gain frightful new abilities.

►Blademaster: Similarly, you’ll also be able to mix-and-match weapons in your loadout which will be crucial when going up against tricky mettle-testing bosses.