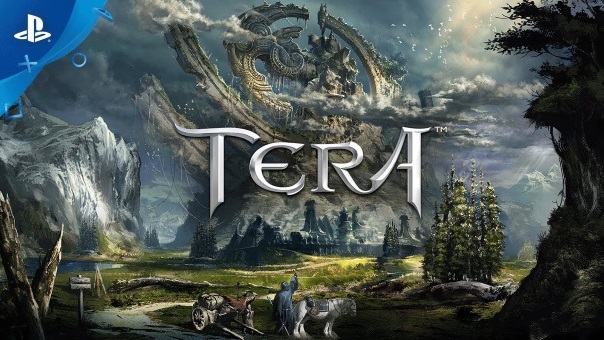 I do not play much of TERA on PC, other than for work-related purposes.  It’s not that I disliked it, but I simply did not have time for another Action MMO. Something about it felt off though. Sure, it’s a great game, and it features quite a few class/race combos (though some simply did not make sense: Brawlers being female only until recently? Such a strange choice). I couldn’t quite put my finger on it until I played it on console: This is where the game belonged the whole time! I played in the closed beta as well as the open beta on Playstation 4, and I have to say, it felt much better than playing on a keyboard and mouse. Now if I play regularly, I will probably hook up a keyboard to my PS4, because, let’s be honest: Communicating via a controller in any MMO is absolutely awful. And frankly, I’m not all that big on voice chat on a console.  My PS4 is run through my capture card so I can stream/play it in my office, on my computer monitor.  I would need a separate headset just to chat with people on TERA, and that just isn’t feasible. 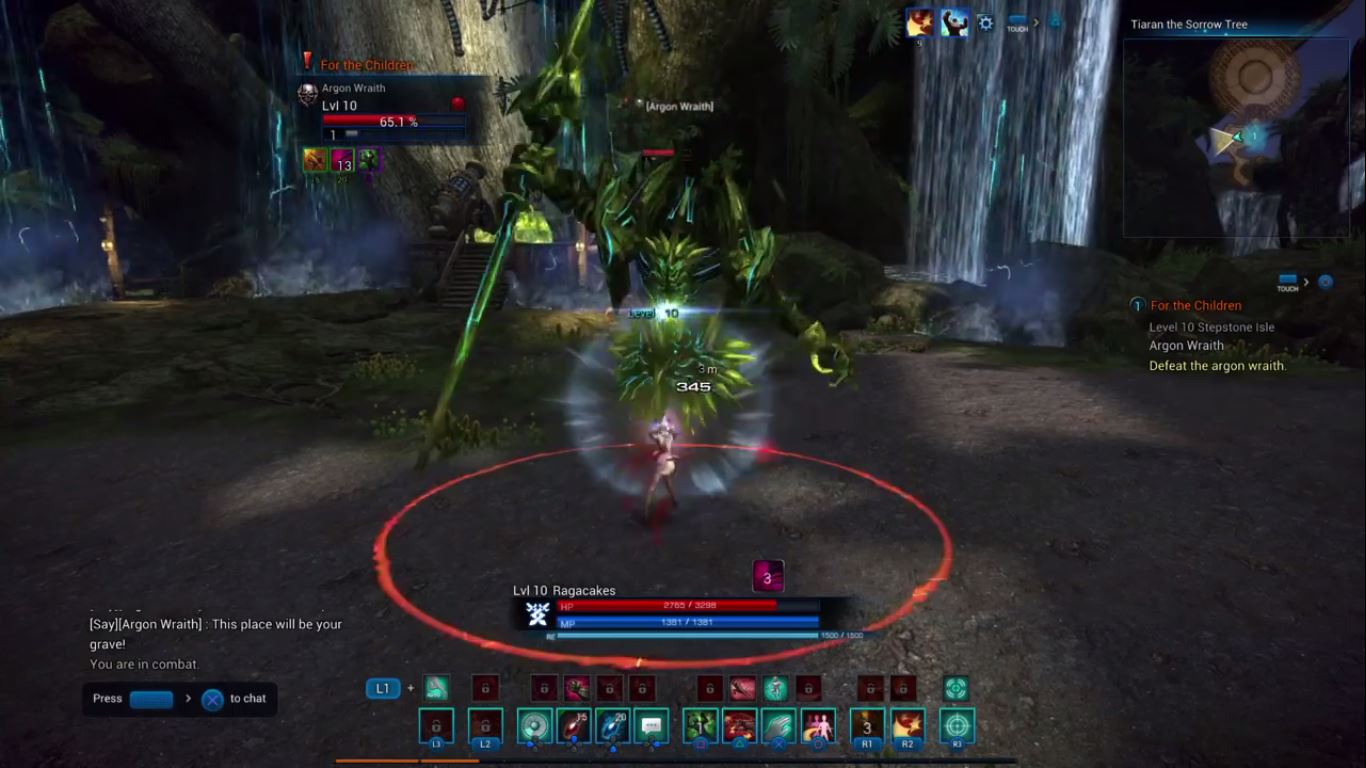 Damn wraiths, showin' up, kidnapping kids and whatnot...

Though MMOs are supposed to be where you get together and tackle challenges online, communicate, make new friends.  TERA definitely allows me to play a lot of the content alone or in a group that does not require me to chatter all the time, and I appreciate that. But it does opt you into voice chat, so players that want to talk can. As far as the actual beta goes, I heard a lot of crashes happened, more than in the closed beta, but I did not experience any of those. So my personal experience was very good. Perhaps I simply played at times when it was not wildly overpopulated, that could definitely be it. Though the beta seems to be behind the PC version of the game. Gunner? Male Brawler? Ninja? I don’t recall seeing any of these. That leads me to my next query: How far behind will the PS4 version remain? It doesn’t affect me personally as someone who did not really play actively on PC, but I’m certain the PC fanbase that moves over to console will feel it keenly.

Combat felt great on a controller though, even if I didn’t always know what all my buttons did. I was playing a class I was unfamiliar with (Warrior), and having to swap back to the Skills screen to view what stuff did was a little annoying. Not bad, but I could have remedied that by paying more attention I imagine. But movement felt crisp, I could swing once or twice, then get out of a cone ability to avoid taking damage.  The game is meant for a controller and it shows.  The console UI makes sense, and it’s pretty easy to get a handle on. The game was active too, and that’s a potential killer for an MMO. If you log on and can’t find a party to do stuff with, or even simply do not see other players in town idling, that’s a bad sign. Not to mention it is very pretty.  I think the graphics still lag behind PC a little. If I had the time this weekend, I was going to test it on a PS4 Pro and on a 4k TV, but unfortunately, life happened. 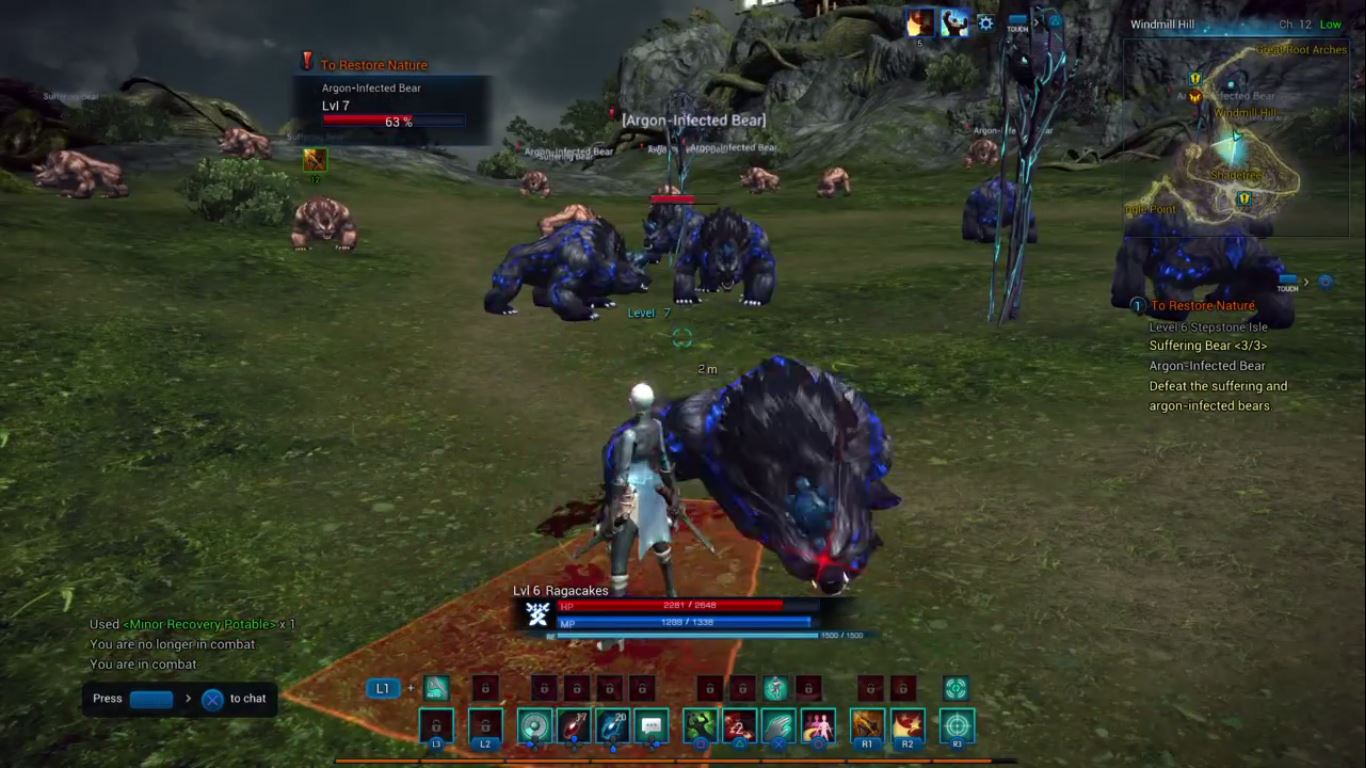 I'm pretty sure bears aren't supposed to be in the 'Argon' Category.

I’m grateful I saw no screen-tearing, no serious lag or crashes, but that’s the nature of a beta. This will help determine what a server can handle. But I did hear about a lot of overcrowding, people having to wait for respawns (sometimes more than one) just to finish a quest.  While that did not happen to me, it did happen to people I talked about the game to, so it should be brought to light. My personal experience was a positive one without a doubt. I was able to have fun and explore this world on a new console. Though I do want to go back a bit, to content. One of the big things in TERA is fashion.  By now, there have surely been tons of outfits/cosmetics that have come and gone and likely fetch outrageous prices online, through third-party stores. Will the console crowd have a shot at these long-gone cosmetics? If so, will the PC audience become mad about it? Come on, this is the Internet. Of course, they will. 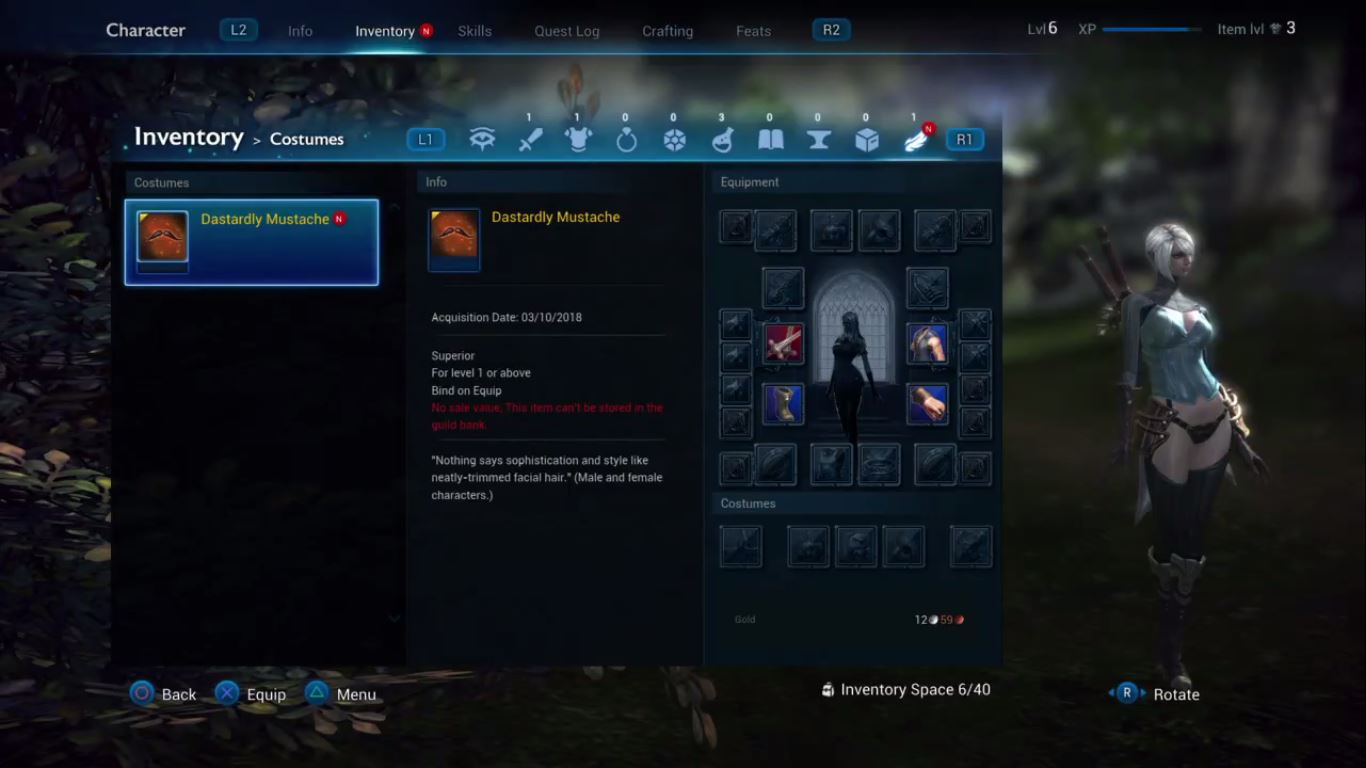 I mustache you one more question. Eh? Eh? I'll see myself out.

This was a very solid beta, and it’s a good sign of things to come, I think.  I enjoyed TERA in a way that I have not previously. I did not dislike my time with it on PC, but it is a game that simply plays better on a console. This is an action MMO, and that action just feels right on a controller. I do wonder about little things like mods, being able to hide huge groups of players to lower latency/lag. PC and console will be on different update schedules, but I do hope they won’t be released too far apart. But my final verdict is that TERA feels great on console.  Console players need a greater variety of free-to-play MMOs, and this is just what the doctor ordered.