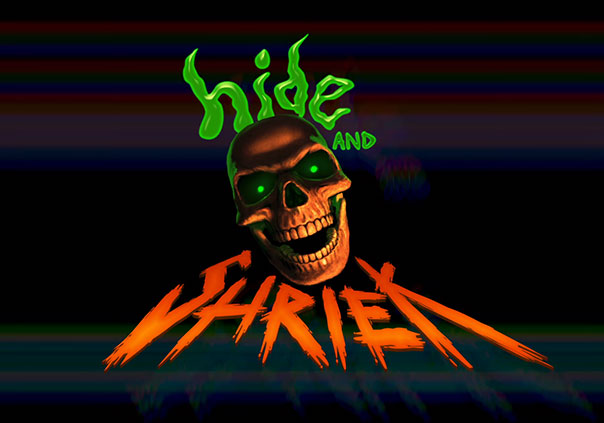 Hide and Shriek is a one versus one multiplayer scare game developed by Funcom for PC and will be available on Steam in October, 2016. In 10 minute matches set in a school building players will have to do their best and act as a mischievous rascal to scare their opponent before the time limit is up. Points can be collected throughout the match by luring your opponent into traps, performing ancient rituals, or outright scaring your opponent. At the end of the match if there isn’t a winner then the player with the most points wins.

Sounds simple right? There is a catch however: both of players in the match are completely invisible! By using spells and traps you’ll be able to reveal your opponent and follow up by giving them a good scare. Over 30 different spells will allow you to blind your opponent, booby-trap doors, unleash demons upon them and much more! To scare your opponent you’ll have to shriek at them with a variety of masks in the image of famous characters like zombies, Hillary Clinton, Donald Trump and more. Each mask can even be outfitted with different accessories like bloody hatchets and sticky eyeballs so you can scare your opponents just how you’d like. There are even leaderboards for you to climb so you can prove that you’re the real deal when it comes to scaring people.

If you’re a fan of adrenaline pumping games and enjoy scaring people to the fullest extent, why not try your hand at virtually scaring others in Hide and Shriek? Just make sure to keep in mind that your opponent is also trying to reveal and scare you at the same time, so you’ll need to be on your toes otherwise you’ll be the one jumping out of your seat.

It's that time of the year where all the Halloween events and fun scary games come out of hiding!