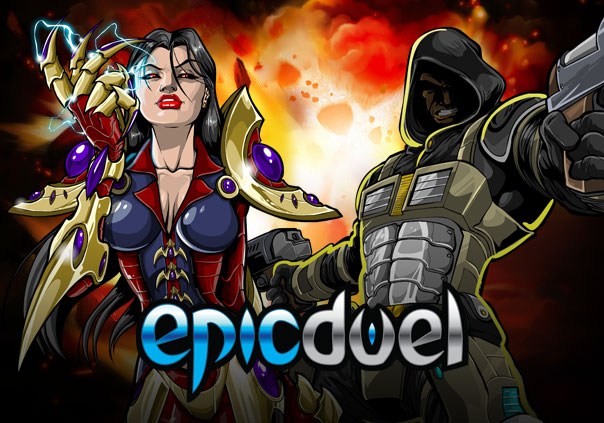 EpicDuel is Artix Entertainment’s most PvP oriented RPG to date. The game is set in the distant future on a world known as Delta V. The art style and turn based combat are in the same fashion as previous BattleOn games, but this time PvP takes center stake. Players will be able to jump into 1v1 or 2v2 duels using the game’s auto arrange system from any map. There are some NPCs scattered around the world which players can challenge, but this servers as a minor distraction. Achievements, player run factions (guilds), and player housing add some replay value, but this is definitely one of those games best enjoyed in short busts.

Mercenary – Powerful, but slow fighters capable of dealing heavy damage. Mercenaries use clubs and other mainly blunt melee weapons. They are comparable to classic RPG Warriors.

Bounty Hunter – Striking a balance between skills and physical attacks, Bounty Hunters make use of mounted wrist blades and other piercing weapons. They are the Rogues of EpicDuel.

Tech Mage – Equipped with magical staffs, Tech Mages are the wizards of EpicDuel. They possess energy based skills. 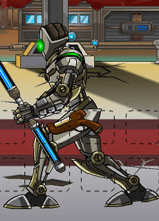 Epic Duel is a free to play MMORPG that utilizes PvP as your character's method of progression, leaving the monster fights to those other guys