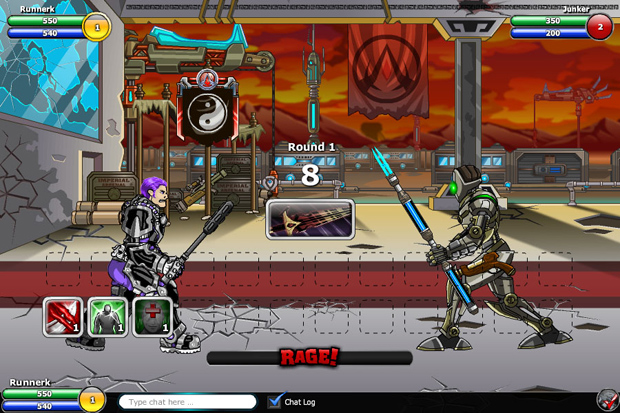 When playing a MMORPG I always like to challenge myself with other players. By playing a duel or fighting them in a mode with established matchmaking systems, I can find that adrenaline pumping challenge that keeps me hooked and duking it out for hours a day. This week I was introduced to one that’s flown under my radar for quite some time, a game that is entirely focused on fighting with other players, and it is also fully playable in the browser. Epic Duel is a free to play MMORPG that utilizes PvP as your character’s method of progression, leaving the monster fights to those ‘other guys.’

If you have played a game from Artix Entertainment before, you should feel right at home with the graphical style and gameplay of Epic Duel. Artix Entertainment, also known as Battleon Games, have made a lot of browser games before, and I have always been a fan of their signature style. I myself have played Adventure Quest Worlds for a long time, and the simple yet addicting style has made me come back to it again and again. It’s fair to think of AQW as the PvE story driven title where Epic Duel offers the PvP counterpart.

Now that’s not to say there isn’t a story in Epic Duel as well. It’s just that it’s the usual tacked on tale common among MMORPGs that focus more on the MMO than the RPG part of their name. There are two factions who both have a different view on life, and you get to choose to play for one of them. They are not really too interesting so I will not go further in depth on that, but surprisingly you always have the choice to switch between them if you do not feel satisfied with your current group.

Right off the bat I am reminded why this special style that Artix Entertainment uses interests me for all their games. Your character, and everything you can equip not only reflects on your looks, but just looks bad ass once your character is fully equipped. This dedication to style also stands as one of their secrets to their monetization success as players can purchase even shinier equipment in the cash shop, offering only cosmetic differences, but making you feel all warm and fuzzy inside when your epic flaming sword slams down on an intimidated opponent. Prices are reasonable and most people that play Epic Duel for a great length of time will usually give in to the urge to snag at least one of the sweet items available. 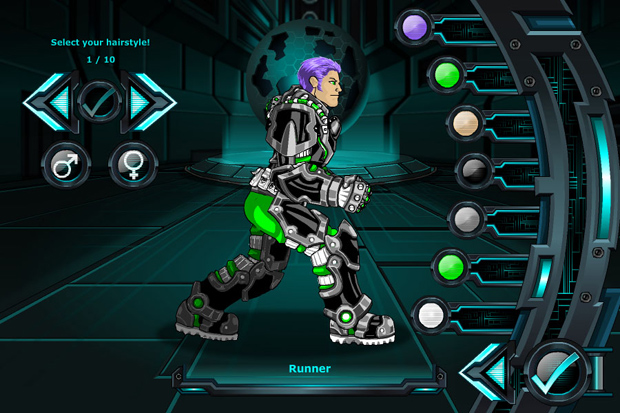 During the character creation you can only choose between three classes. The Mercenary that you can compare to a Warrior, the Bounty Hunter that is the assassin type, and the Tech Mage that uses both magic and specialized weapons. I liked the thought of the Mercenary, so my choice was simply. Before long I was lugging around a giant two-handed weapon like it was nothing. 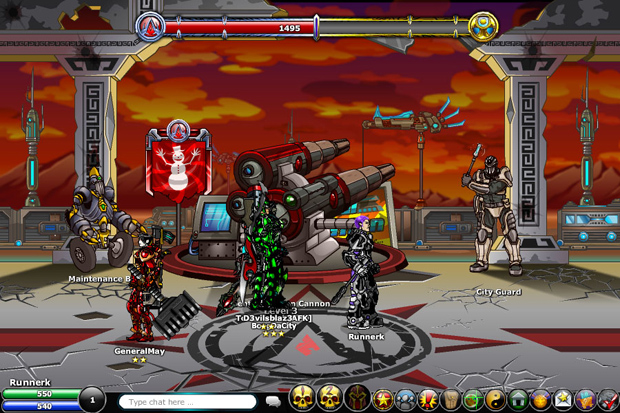 Right away you are shown why this game is a bit more difficult than Artix’s other games. Over the last few years we have all been spoiled with auto tracking quests and any other luxury features. And I was reminded why having these features is really a blessing to have; I already had trouble with the first quest finding the right guy to initiate it. As a new player in Epic Duel it can be dauntingly difficult to get adjusted. Some of the quest givers ask you to get an item, or to speak with someone but do not give any directions or information of the location. So you really have to search around all the places to find what you need, and this is easier said than done since there are so many locations that you can teleport to.

When you go to your world map you can see the amount of areas in Epic Duel. There are currently ten areas that you can go to, and each area has several or more locations where people can fight with each other or do objectives and quests. Each location in these areas can be controlled by one of the two factions. The system is simple enough and involves taking control of the majority of locations in an area before officially seizing the entire region for your faction. To help conquer a location you need to complete objectives, win fights against the opposing faction, and take part in various other interactions. For all of this you will earn influence, and influence will help you capture the location that you are in. 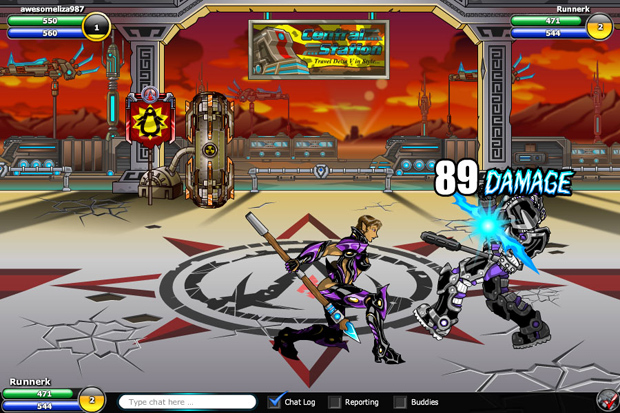 Now onto the most important feature of Epic Duel! Fighting with other players. There are a lot of different ways to fight it out with other players in Epic Duel. You can simply challenge people that are around you, or you can use the matchmaking feature in Epic Duel. Currently there are two game modes, you can play a 1v1 and 2v2. These game modes will automatically search players from your own level range so you do not have to search for people on the battlefield. Once you have found an opponent, the fight starts. Each players has 13 seconds on each turn to make his move, and you really do not need that long if you are paying attention. And the latter is really important, because I have unfortunately lost fights for missing the turns. When it is your turn to attack, you can choose between a few possibilities. Each player has his own set of skills, and when you level up you get to choose what kind of skills you want. These skills use mana, and since you do not have unlimited supply you really need to use your skills at the right time. As a Mercenary I had skills that would support me in regenerating health and getting stat bonuses, but I also had offensive skills that made me pull out a big bazooka, or strike them in an awesome way with my two handed weapon. 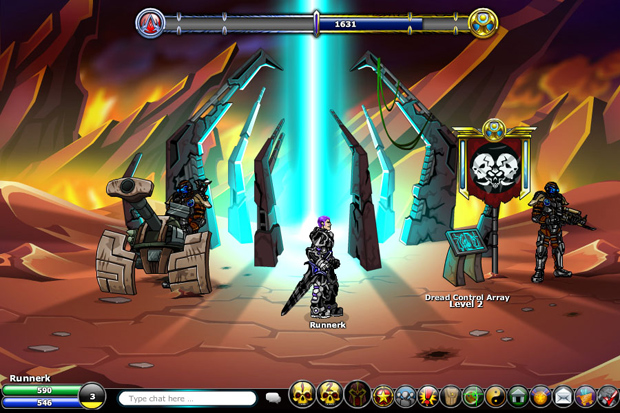 Epic Duel is an awesome name for this game because it describes every fight so extremely well. All the duels I had with other players were quite equal, resulting in a narrow win or loss. Coming up with a viable strategy and knowing when to react and change it is vital to win regularly, and knowing the capabilities of each class will set you a tier above the competition. Together with character customization represented in sweet 2D style, it still stands above most browser games being released today. At the heart it’s a grand example of Artix Entertainment’s passion for high quality browser gaming while offering something different from their other titles. If you are a big fan of duking it out with other players, and love collecting and testing out a wide assortment of shiny gear, but don’t have the time you used to for epic PvP MMOs, Epic Duel just might be the game to scratch that itch.