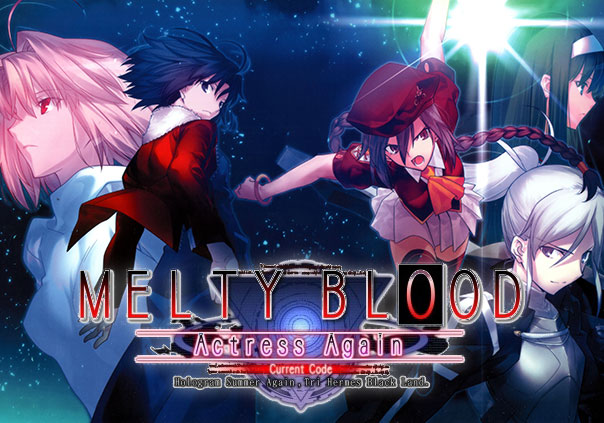 The popular visual novele turned fighting game series is finally on steam! Melty Blood Actress Again Current Code is a 2D fighting game developed by FRENCH-BREAD and published by Arc System Works. Based on the popular TYPE MOON series, players can experience the final chapter of Melty Blood in all of its definitive glory.

Melty Blood features complete combat freedom as you pick between three different fighting styles: Crescent Moon Style, Full Moon Style and Half Moon Style, each of which affects each character differently. And with over 31 characters available plus three styles for each, the amount of fighter variety is staggering.

Built up from over years of character and story development, this final entry into the series contains hours of lore to read up and enjoy. Of course, players can also into network mode to enjoy ranked, public or private matches.

Melty Blood is an Anime-style fighting game that has roots in anime such as FATE/Stay Night.