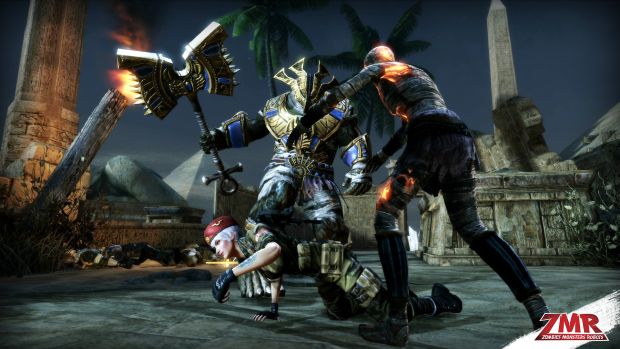 En Masse Entertainment, a player driven publisher focused on delivering great games and exceptional service, is excited to share first details on the closed beta for their over-the-top, anything goes third-person shooter, Zombies Monsters Robots! Scheduled to begin in May, the ZMR closed beta will offer a taste of the overwhelming amount of maps, modes, enemies, and bosses scheduled for launch.

Players ready to be one of the first to KILL EVERY THING are encouraged to sign up for a chance to be selected for the Zombies Monsters Robots closed beta at www.playzmr.com. In addition, those who sign up will also be entered for a chance to win a First Blood Pack, offering an exclusive set of in-game founder’s items.

Kill Every Thing: The zombie apocalypse has begun! Put down wave after wave of undead horrors!

PvP: Not every enemy comes from another dimension. Take on rival mercs in a head-to-head shootout!