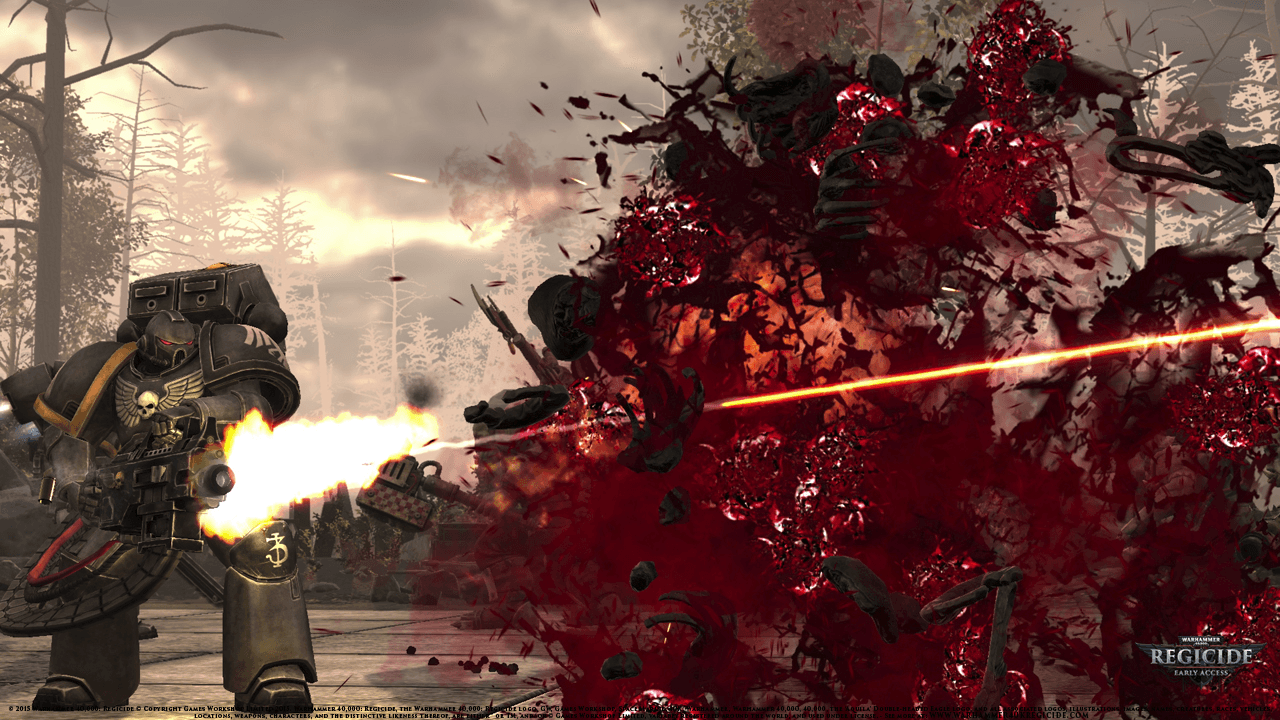 A series of newly released imagery depicts a new battlefield – a ruined Imperial monument surrounded by trees, smoke and motes of ash at the heart of an ancient forest.

The addition of the “Raven Guard” Space Marines and “Snakebites” Ork Clan provides a ‘black and white’ set of pieces for both races currently in the game, alongside the White Scars and Goffs available at launch.

Hot-Seat mode – local multiplayer on the same machine – has been implemented alongside many general UI updates.

The heavy-hitting heroes of Warhammer 40,000: Regicide have seen updated animations for many sequence-effects with a wide range of sparks, blood and impacts now keyed to objective sources. Almost a hundred new or improved sound effects provide an additional crunch to the visual update.