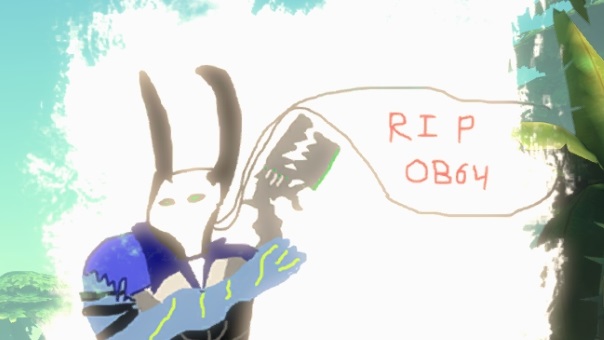 I stand by the notion that I enjoyed Cards Unbound in Paladins. Sure, it was different, but Paladins is still very much in the testing phase. So when the people spoke up, with words and fantastic art, Hirez listened ultimately. OB67 will see the end of Cards Unbound, and return deck-building to Paladins. Between now and then, quite a few cards have changed, been nerfed/buffed as appropriate, but that’s not what I’m here to go over today. Legendary Cards are also now gone, which is something of note. Now there are “Talents”, acquired as you level up a champion. You can spend gold (at least on the PTS, I assume it will be on the main client) to gain a level with that champion. Now I know what people are going to cry next, because I can feel it in my bones. “You can buy levels in a champion! That’s OP! That’s pay-to-win!” except you can’t buy gold, but you know, okay. The idea is that the first Talent a player has will help them learn the basics of how the champion is played, and through gameplay, you unlock the others (or with gold if you can’t be bothered), and then you have options. Also remember, having high levels with a champion doesn’t necessarily make you good. Hell, I’m level 57 Torvald and I’m mediocre at best.

Today I’m going to go over some builds with as many of the champions as I can muster. The cast is much too big to go over everyone today, but I’m going to try and go over popular champions, or champions I have a hard time dealing with (and am going to subsequently get better with), in hopes that these will serve as a solid base to go from. These aren’t pro builds, not builds I did a lot of research on. These are decks that I put together, just considering some fun or obnoxious options. I’ll do my best to go over my rationale of them as well. I’m also not going to debate which Talent you should pick because that’s very dependent on the match. Though some are better than others, that’s another thought for another day! So, let’s get started!

Torvald: Maximum Overshield: Glyph of Siphoning (3) (Eliminations Grant 300 Shield), Winddancer (1) (Prot. grants 10% Movement Speed to its target for 2 seconds), Glyph of Health (4) (Increase Base Health by 600), Lifegiver (3) (Using Protection Heals for 150), Hearthwarder (4) (Activating Protection grants 400 Shield). The idea is to use Protection all the time. Anytime it’s up, you need a target. If that means you have to run out a bit and drop it on your flank, so he can deal more damage (Because Field Study is far and away his best card, fight me) and have some survivability so when you help the team, you help yourself. This is a deck I play when I’m confident we’re going to win, or at least get a lot of kills. Because if you aren’t, Glyph of Siphoning is borderline useless. If you aren’t feeling confident, you could consider Vital Grasp to increase the shield you get with Recharge. You want to slap that Prot button as much as you can.

Pip: Stupid Sexy Flanders: Graviton (1) (Increase duration of Explosive Flasks’s slow by .25s), Medicinal Excellence (5) (Increase Healing Flasks radius by 50%), Reload (5) (Instantly lower the CD of Healing Flask by 2.5s per Ally hit), Shrewd Move (2) (Elims lower all CDs by 10%), Sturdy (2) (Your weapon no longer knocks you back and deals 40% less self-damage). I’m not 100% sold on this build because I feel like it’s really risky/built around one thing: Heal. Which is what Pip should be doing. I’m not in the camp of “Pip should flank and heal”, because that’s time that Pip could be using to heal his friends. So the idea is that people will be on the Point (HAHAHAHAH). That way the Healing Flask will virtually always be up. I couldn’t really decide what to put in Graviton’s place if I’m honest. The first version of this had Medicinal/Reload at 2, with more points in Graviton/Shrewd Move.  Be the Pip your team needs, and heal. Also, if you aren’t running Mega Potion, you’re wrong. Or maybe Mischief. I know I said I’d avoid talking about Talents, but that’s one I see a lot of chatter about.

Buck: THE CHAMP: Street Sweeper (3) (Reload 15% Faster), Deep Breath (4) (Recovery Grants 32% Damage Reduction for 2s), Tangled (2) (Increase duration of Net Shot by .6s), Giga Siphon (3) (After Recover ends, gain 24% lifesteal for 4s), Vigor (3) (Activating Recovery generates 1 Ammo for 1.5s every .5 s). Okay, so, I love Buck but I also hate him. He’s the bane of so many of my Ranked matches. The enemy team always has him, and he just happily bounces around, smashing my team. But he has a skin voiced by the same man who voiced Hercule Satan, Hero of the Universe.  So despite having only a bit of knowledge of him, this built is designed to make me as survivable as possible while being in peoples face. So, you leap in, hit ’em with the net, activate Recovery as soon as you start getting hassled, and now you have DR, then you have Lifesteal,  you also have more Ammo, and a faster reload time. This lets you bully and harass, and probably kill, whomever is in your way, provided you have the skills to pay the proverbial bills. Building this deck made me want to play more Buck if I’m being honest.

Strix: Helpless: Guerilla Tactics (3) (Elims grant 45 Stealth Resource), Cooled Mags (1) (Every 2 seconds, your inactive weapon generates 2 Ammo), Trigger Control (3) (Reduce Max. Sidearm Inaccuracy by 24%), Relentless (5) (Reduce Movement Speed Penalty of Scope by 100%), White Knuckle (3) (Reduce Side Arm Recoil by 18%). Okay, so Strix is my least favorite thing to see in the damage role. Partially because I don’t trust snipers to do anything useful, or I don’t trust the rest of my team when I have a solid sniper on the team. So it’s really a mixed bag, but the bag is filled with equal parts disappointment and tears. You really can’t win. But this build is all about the weapons. I’m a bad Sniper, so I’d have to adjust and move on the fly while doing it, so Relentless 5 just feels like a no-brainer to me. But if I do have to swap to my sidearm, I at least know it’s reliable and I can probably pick someone off, before returning to Stealth. And getting kills in Stealth means more time in Stealth, means I can move to a new position, and get more kills. If I have to swap for a period of time for my sidearm, I can return to my sniper rifle with ammo aplenty, so I’m ready to resume killing people. I realize that this is all very hypothetical, because I know how this will go in my hands. But! I like the idea of this build quite a lot.

Should I do more? Should I talk to pro players/casters, and get some of their builds/ideas for this piece? Sort of a guest-writer? Let me know by all means!