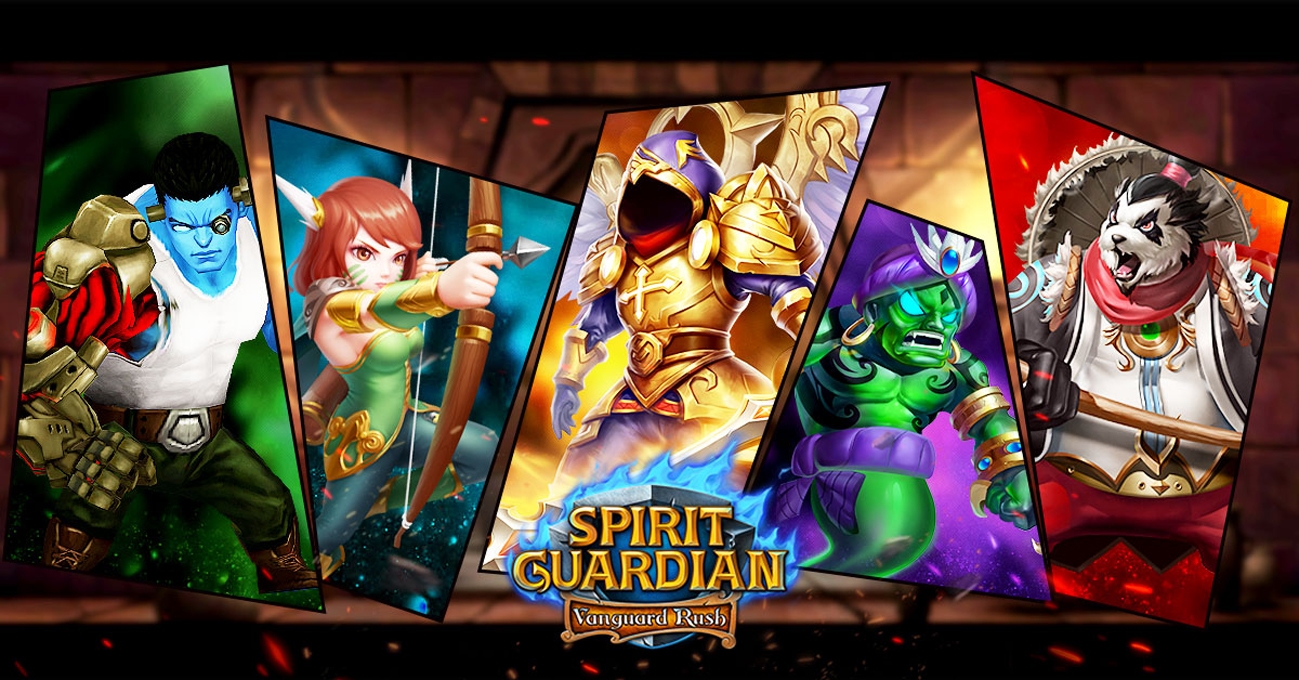 A year ago, GTArcade released a free to play real-time strategy RPG game on both the App Store and Google Play. Today Spirit Guardian-Vanguard Rush has become one of the most successful and popular mobile games for the developer, thanks to its crisp 3D graphics, strategic battles, and feature-rich content.

Spirit Guardian is a stunning mobile game that prides itself on having one of the most diverse cast of characters ever seen. Legendary heroes of Western and Eastern origin, pop-culture icons, and high fantasy archetypes have all been gathered to do epic battle right in the palm of your hands. Spirit Guardian has received so much unconditional love and support from the fans which made the time fly by as the game prepares to celebrate its one year anniversary.

As of today, the game has surpassed 1,200,000 app downloads in the past year. Thanks to the continued support of the fans, the Spirit Guardian team has spared no effort in developing new content and coming up with new events. The rich world that Spirit Guardian has created has brought much joy to players all over the world, and content updates continue to expand Dreamland and give players fresh new experiences each time.

To celebrate the one-year anniversary, Spirit Guardian has just released a huge game update, Version 2.3, which adds many new game modes, features, and heroes. The Spirit Guardian team has also prepared grand celebration gifts for all players for the occasion. Moreover, the most popular in-game events have all been brought back. Players can enjoy Double Diamonds for First Recharge reset, Treasure Trove, Double Event (EXP and Challenge Times), Dream Wheel, and more right now!

Millions around the world have devoted their time to this unique mobile game. A year has passed and the game is better than ever. Don’t miss the grand anniversary celebration and all the events and rewards that have been prepared for you. If you have never tried Spirit Guardian, or have been away for a while, login now to experience an amazing mobile game plus a year’s worth of exciting new content.