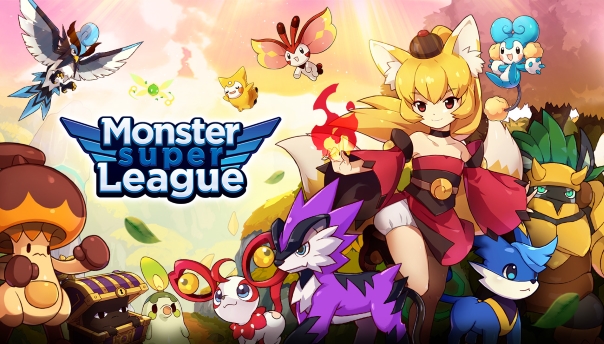 Fans of modern and classic collection games can revel in the world created in Monster Super League, a unique take on strategy RPGs, giving players the chance to journey through eight distinct regions filled with over 550 unique and lively Astromon to capture and train. Players assemble an army of the cutest of allies – each fitted with different elemental properties and combat styles – through Monster Super League’s on-field capture system. Using the game’s customizable growth system, players can evolve each Astromon into formidable forces in the Astromon League challenging a sea of enemies.

In a world where fads come and go, we’re excited to bring a title that doesn’t fit the normal scheme of mobile games to the market, while still providing gamers with the nostalgic feel of gaming from the 90s. Players should prepare themselves for a widely addictive experience with Monster Super League as they capture, collect and train to become the best trainer in the world… or maybe just in their country.

Monster Super League is available now to play for free on iOS and Android worldwide.