Solstrike is a turn-based strategy game brought to us by one of the creators of Runescape. Originally devised as a demo for the FenForge game engine, developed by Fen Research, it quickly became apparent that the game was much too fun to leave as just a demo. Because of this, Fen Research has decided to develop and release Solstrike as a full game. The game is played with up to 6 players and the gameplay has been jokingly referred to as “Space Checkers” by many gamers. Soltrike’s quick strategy gameplay is already a blast, and only going to get better once the Steam Greenlight campaign gets accepted and full development of the game can begin.

As I said in the introduction, Solstrike is a turn-based strategy game. The game board is made up of hexagons, which can hold one unit each. In that way, I suppose it is sort of like “space checkers,” which is what people have taken to calling it (in a mostly mocking manner). However, in general, the gameplay is nothing like checkers. There are a bunch of different units, you can bring new units in on each turn, each unit has its own statistics which are used in combat, and overall there’s a lot more variation and strategy involved. 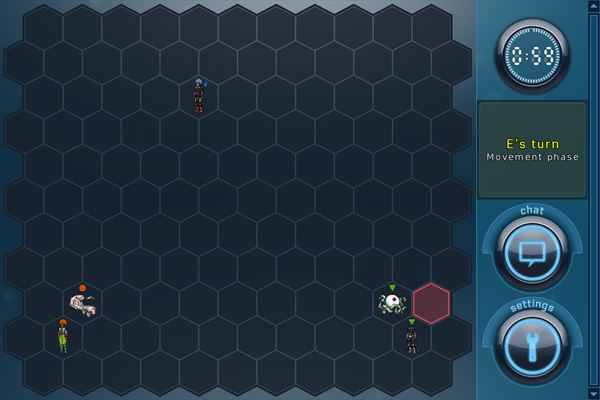 There are both alien and robotic/human unit types. Both types cover all areas – from flying, to projectile, to mountable, etc… Though both have their own specializations to make them unique. The robot/human units have more long-ranged-type projectile units, such as artillery and missiles. While the aliens have units that can poison, or increase the projectile damage of friendlies. They both are interesting and offer something unique to your strategy. Even more variety is brought into the game due to the delayed availability of units – as you summon units, newer and different units will become available. 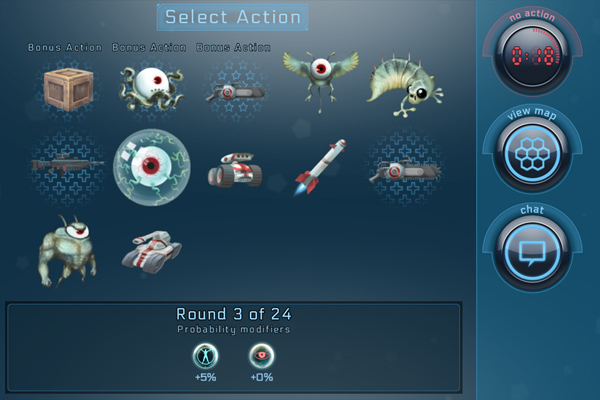 The game is played in rounds, and each round has two phases. The first phase is action selection – where you can bring in new units or give upgrades to existing units. Each unit has a probability of success shown as a percentage that can be increased via various means. This means that bringing in a very powerful unit will come with a smaller chance of successfully spawning, while a weaker unit may have a better chance at success. So you’ll have to balance out the risk versus reward… you may find that having that one powerful unit will turn the tide of the battle drastically, but then again you might find the summoning has failed and you’ll be out of luck for that turn. 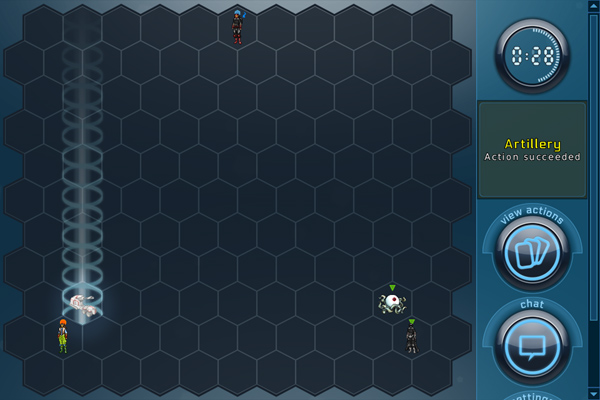 The second phase is the move/attack phase. In this phase, each unit can move using its speed/movement score. The higher the score, the further you can move in a single turn. Each unit also has a strength and defense rating used in combat. There’s also both melee and projective types of attacks. There’s also flying and ground-based units. On top of all that, almost every unit has something that makes it a bit special, such as the shield generator giving a bonus to defense to any friendly units within its range. Once you take a look at the game, you begin to realize that it is much deeper than what you would expect and that makes it a ton more fun. 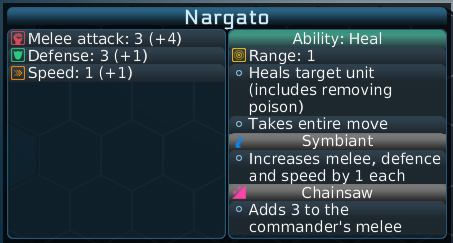 The end goal is to defeat all enemy Commanders. This is similar to the “Hero” unit in other strategy games. The Commander usually has better stats, and it can be upgraded in various ways to give it an edge against the ever growing enemy forces in late game. You could give your commander a better gun, or perhaps you would prefer a chainsaw, or you could go with some extra armor for better defense. There are also special mountable units that can be used to grant movement bonuses or extra protection to the commander, such as the VTOL flying mount or the stationary fortress.

If you find that you’re playing against a small number of players and you’re having trouble cornering your enemy, there’s no reason to worry. Eventually, the game board will begin to get smaller in order to promote “diplomacy.” This shrinking can also have disasterous effects on anyone that isn’t fast enough to get their units away from the walls of the board. If they’re caught, they’ll instantly die. That means boxing in your enemies, even if it means sacrificing units, can be a valid strategy to win. 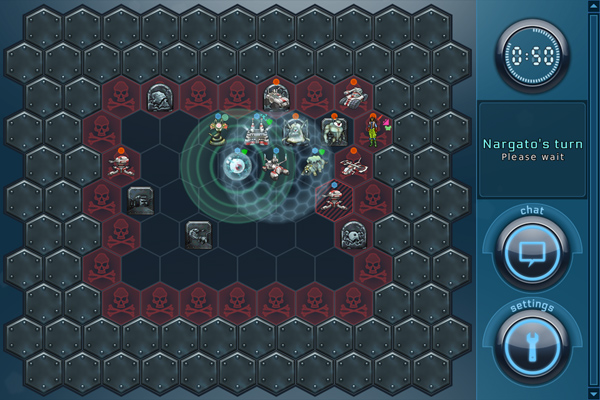 The graphics in Solstrike are 2D with an isometric perspective. Right now, the game isn’t much to look at. The artwork is of a cartoony-style, which is nice and fits with the not-so-serious theme of the game. The animations are alright, but nothing spectacular – they do give you a nice explosion when you kill something, though. All-in-all, the graphics are just alright, not too bad and not too great either. 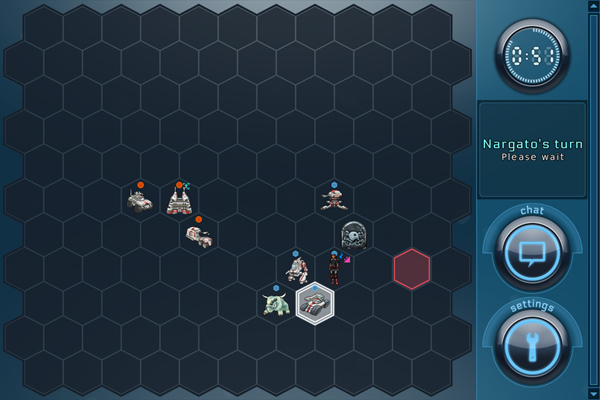 Right now, Solstrike is in an early stage of development. It’s just a demo at this point. However, you can already get a small glimpse of what sort of customization will be available later on. Currently, you are able to customize the colors of your “Commander.” That’s honestly not much, but the variety of different parts of the body that you can change the color of bodes well for what looks like will be a very nice customization system in the future. It’s not on par with an MMORPG, but it’s definitely nice for a 2D strategy game. 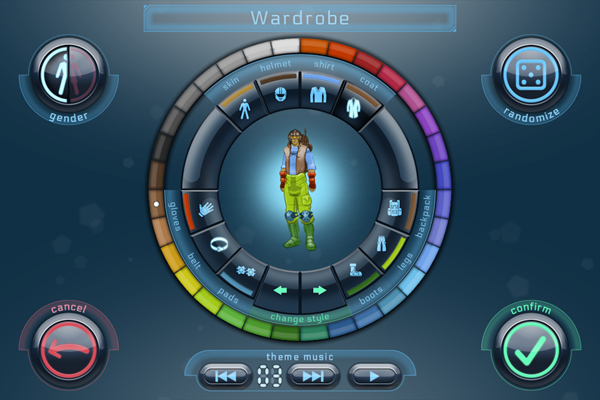 After having played several matches with friends, I would have to say it was a decent amount of fun. We had a bunch of laughs while playing, and the game kept us interested. I can’t say if our interest would have continued in the incomplete state of the game, but I’m sure we’ll be revisiting it later on if/when the development continues and more features are added. I would suggest you go ahead and give the game a try if you’re looking for a fun and easy to get into strategy game to pass some time with friends, as Solstrike is definitely worth a try. Also, don’t forget to check out the Steam Greenlight campaign if you see the potential in it that I do!