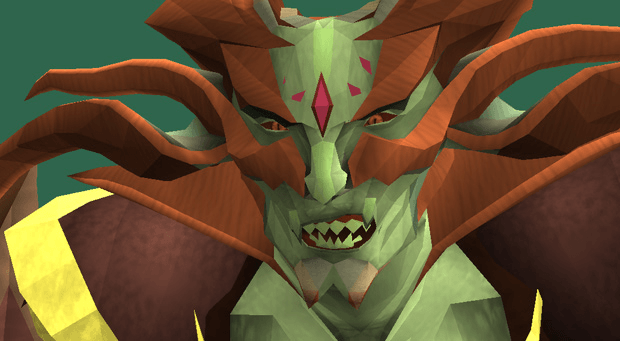 Anyone who hasn’t been living under a meatspace rock knows that Runescape is arguably the most popular browser-based MMORPG series in existence. Personally, I never played Runescape or its sequel, so I was curious to see how the third iteration of the series presented itself. Long-time fans of the series have reported a bit of dissatisfaction with the re-imagining of a few story elements and factions, but overall it seems that the reception has been largely positive.

The basic gist of the game’s storyline (that I could glean from my time with it), was that we have two large factions warring. One of these factions is in favor of order (Saradomin), the other in favor of chaos (Zamorak). These factions are apparently named for the living gods that lead them, and given how unapologetic the game is about being a Fantasy Epic™ we shouldn’t be surprised that Team Order is blue, and Team Chaos is red. You might think this all sounds terribly stereotypical: it is. But somehow, it doesn’t bother me. Read on, and I’ll tell you why.

Classic for the Sake of Classic

This is a game that’s very self-aware. The player is plopped down into the middle of a medieval fort being stormed by one of the classic fantasy-bad race: trolls. The first thing you’ll notice is that the game’s graphics are superb for a browser-based title, and that the voice-acting in this introduction is superb. The tone of the attack has a delightful, cartoonish quality that I found instantly endearing. This was only made more effective by the use of excellent facial expressions and animations, something that remains consistent throughout the game. 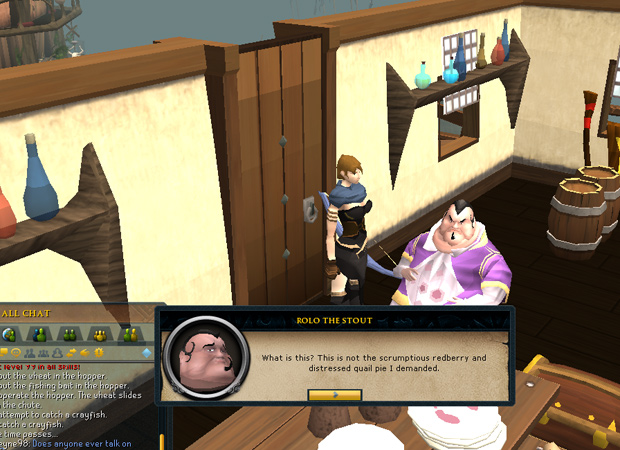 A man of discerning tastes

The end result of this presentation is a game that is, yes, yet another Arthurian fantasy-epic swordfest. But it never takes itself too seriously. It has a wonderful sense of humor, and the tutorial quests are hilarious. There was one in which I was asked to put together a disgusting pie and feed it to a fat, greedy merchant to force him to puke himself into the infirmary. I remember him asking if it was the “redberry and distressed quail pie” he’d ordered, in the most ludicrously snooty voice I’ve ever heard. Not often I get a laugh out of an MMORPG,so well done.

Old School for the Sake of Old School

The UI is one of the first obstacles any new player is going to run into. After selecting your initial class in the tutorial, most of the instructions are based around showing you how to navigate and fully-utilize the 2002-esque series of menus and pop-up context windows. It is decidedly old school, and yet somehow, it feels like a breath of fresh air. Yes, it’s a bit arcane, and yes, the game likes to draw a lot of attention to peripheral content like pickpocketing and crafting and gathering, but that’s just it; that sort of thing isn’t peripheral in Runescape. Combat isn’t everything. This game loves to encourage socializing and non-combat activities. 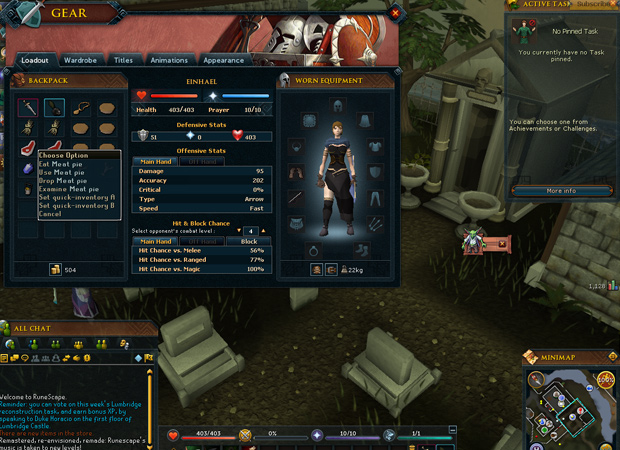 If you’re coming into Runescape 3 expecting some kind of new era in the saga of competitive, combat-focused browser games, you might be disappointed. The combat system is basic, bare-bones, and not terribly exciting. It’s the same kind of action-bar, build-up-points affair that we’ve seen done over and over for the past fifteen years. But that’s just fine, because Runescape 3 is a game with plenty more to offer than monster-farming. 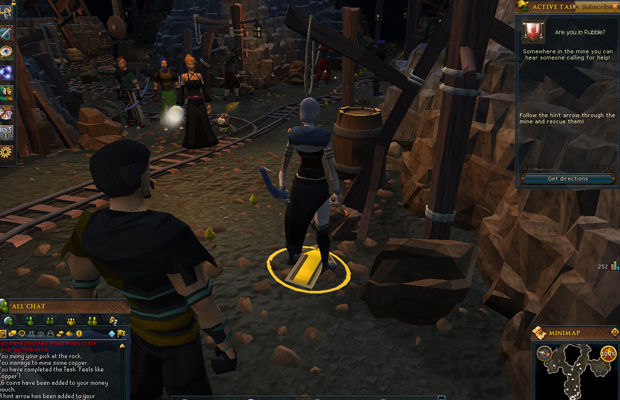 At the time of my playing and the writing of this review, Runescape 3 is still newly minted and hot off the development presses. The areas I visited were teeming with players; not just noobs, but those proud few that had already rocketed ahead and secured some sweet gear for themselves. General chat was fairly active and friendly. But the real magic of Runescape’s community is how old it is; plenty of players are old guard from the first two games. Their loyalty to the series speaks to how much effort the developers put into maintaining quality and communication with their game’s players.

One thing I liked in particular was how many cosmetic options I had, for a game of this scope. In the premium store I could choose from dozens of different animations, many for the same kinds of actions. I personally adore being able to replace my animations to further customize my character, and some of them were absolutely hilarious (and very well-made). The alternate gathering animations were some of the best, with players being able to take apart trees with a boring old axe, or rip into the trunk with their bare hands like some tweaked-out ogre – or even dismantle it in an orderly fashion with the power of magic. This is all on top of a huge wardrobe selection! Cue girlish squealing.

There are some issues with the game’s technical side, mostly involving their system of email verification and the differences between subscribers (VIPS) and the lowly, unsubscribed peasant masses. While it’s generally great policy to make your VIPs feel like VIPs, the game goes a bit too far, in my opinion. It will consistently award you with swanky quest items, only to reveal immediately that while it’s taking up space in your inventory, you can’t use it, because you aren’t a subscriber. Do you want to dual-wield swords? Too bad! Subscribe. Want to go to many different areas of the world? Subscribe, or you’re not allowed.

It’s almost as if Runescape 3 is trying to strong-arm me into subscribing by dangling prizes in front of my nose – that’s fine, plenty of games do that. But Runescape goes the extra mile by taking some of those prizes and slapping me across the face with them. It’s a little irritating.

There’s also the fact that you can only play for seven days without verifying your email. I think that’s a little weird, but it shouldn’t prove to be an obstacle to most players. I suppose it’s just one more barrier between spammers/farmers and the game. 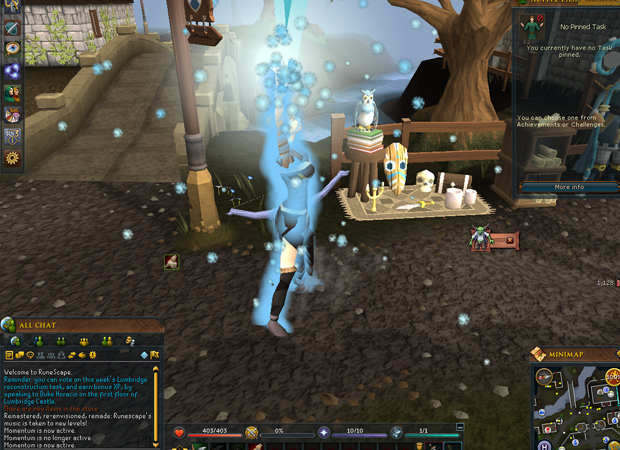 Well, what were you expecting, really? Aside from plain-vanilla combat and some minor technical issues, Runescape 3 is a premiere browser-based MMORPG experience. The game clearly has the backing of both a development team and a community that love it dearly, and the sheer number of non-combat paths and options a player can take make it truly unique among the sea of hack n’ slash, linear action MMORPGs. For the social, community-minded player, Runescape is the place to be. You can even RP there, if you want! Don’t worry. I won’t tell anyone.

“Tagspeech also goes by the name W.B.Wemyss, but only when she writes outrageous fiction novels like Children of Athena.