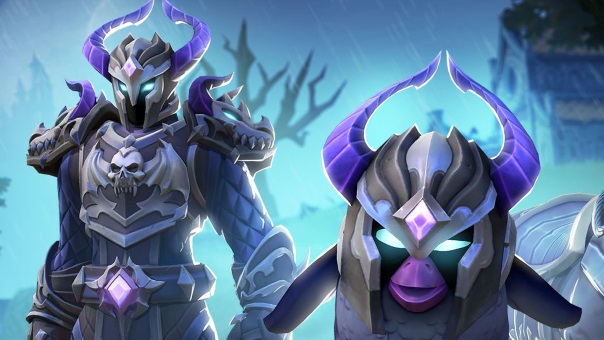 With today’s update to Realm Royale, Cross-Progression officially hits the game for Steam, Discord and Xbox One.  This update also features a new weapon, and a rework to an old favorite, the Venom Pistol. Now called “The Shredder”, it also has a visual rework dropping in this update. A new bundle is now also available to purchase in the game, called the Shadowfall Bundle,
giving access to The Lord of Darkness Warrior Skin, Knightmare mount, the Shadowbeak chicken skin, and 850 Crowns (Realm Royale’s virtual currency).