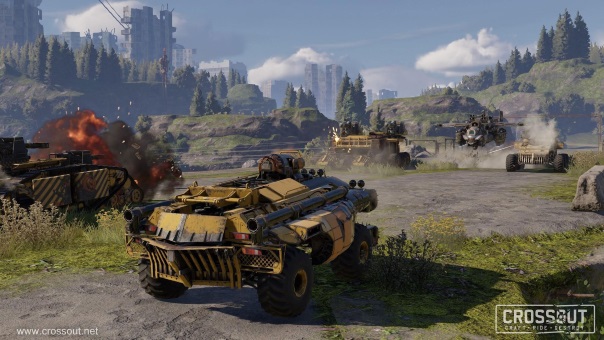 Update 0.10.30 of Crossout is called “Horsemen of the Apocalypse” and with it comes the power to create custom battles. Players can make their own battles with individual rulesets and invite their friends to play and/or observe. “Custom Battle” is a great way to train for Clan Battles, which have also received a recent overhaul. Clan Battles give more of the valuable resource “Uranium Ore”, which is required for Relics (Crossout’s most powerful weapons). Clan Battles now also have six different leagues, Basic to Diamond. With the doubling of Uranium Ore from these, there are also six different relic weapons to craft. new ones such as the “Punisher” machine gun and cannon “CC-18 Typhoon” are included in this.