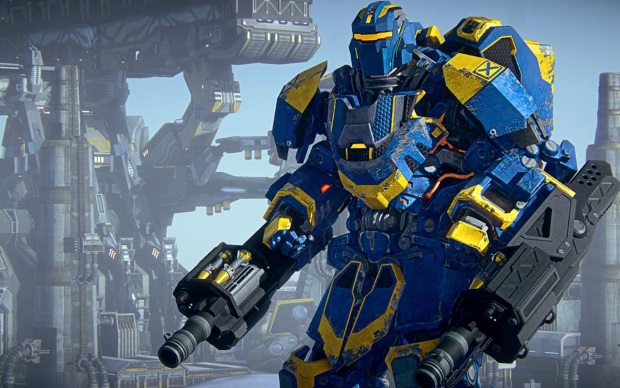 Sony Online Entertainment LLC (SOE) has set a new GUINNESS WORLD RECORDS title for Most players online in a single FPS battle in PlanetSide®2, the critically-acclaimed, free-to-play massively multiplayer online first-person shooter (MMOFPS). As the authority of record-breaking achievement, this GUINNESS WORLD RECORDS® honor has further cemented PlanetSide 2 in history as a revolutionary massive scale FPS, while bringing to the forefront the game’s player community as among the most dedicated in the world of gaming.

“PlanetSide held the original record for this achievement and we’re thrilled to have officially taken it back with PlanetSide 2,” said David Carey, Producer, PlanetSide 2. “It’s truly the players that define the game and we’d like to extend a BIG congratulations to our players for reaching such an accomplishment nearly every night, as well as thank them for making PlanetSide 2 exactly the type of experience it was meant to be.”

The record was set on Jan. 24, 2015. SOE partnered with popular player-driven community PlanetSideBattles for an in-game battle on Hossin between all three PlanetSide 2 Empires (Terran Republic, Vanu Sovereignty and New Conglomerate) resulting in 1,158 players simultaneously in one instance via the game’s Jaeger competitive server. SOE unseated the previous record holder, Man vs. Machine, who had 999 players take action in game back in 2012.

PlanetSide 2 is among the only games to bring massive communities of players together to fight simultaneously across enormous battles, offering a truly massive world combat conflict. Players can download PlanetSide 2 today for free on Windows PC (https://www.planetside2.com), or register for a chance to participate in the Closed Beta on the PlayStation®4 (https://www.planetside2.com/ps2onps4). Optional content is available for purchase.

Guinness World Records 2015 Gamer’s Edition, the eighth edition of the go-to resource for gaming achievements, launched November 2014 for $14.99 and is currently available for purchase.