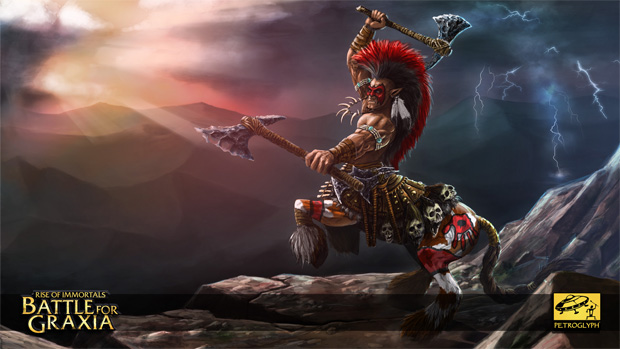 Petroglyph® today announced that its Free-to-Play Multiplayer Online Battle Arena (MOBA) game, Battle for Graxia™, has launched with a new Replay Mode that provides a downloadable recording of a match. Also included is a unique ‘White Knight’ feature that has never been seen in a MOBA game before. White Knight gives players the opportunity to automatically replace others that have dropped out of a match.

“Battle for Graxia has been an evolving project and now has culminated into what we are excited to officially call its launch,” said Steve Tall, Executive Director of Battle for Graxia. “Throughout the development process we’ve worked with the community to create a game that adds even more fun for MOBA gamers. We can’t wait to see what the community thinks of the latest features.”

To celebrate the launch, content bundles are offered that include exclusive Immortal skins, in-game coins for store items, a personal in-game badge to show off accomplishments, and a variety of booster items to give new characters a head-start in competing in matches. Most features are available to Steam players via the game’s Steam page with some exclusives set aside for founding players the week of launch.