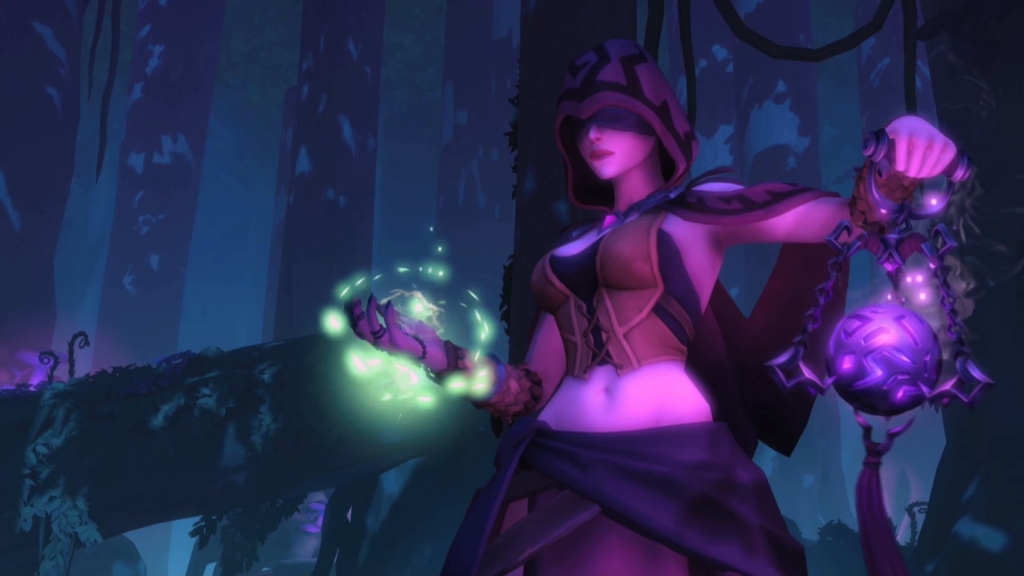 It’s been a very long time since I’ve had the time to sit down and write a Paladins piece, but I’ve missed it so. I was incredibly bad with Maeve and Lex, so I passed on writing about them. I don’t feel comfortable writing about Flankers because I’m absolute bollocks with them. However, we have a fairly new support: Seris! And with Willo the damaging Fairy coming, what a brilliant time to try and catch up! So, let’s talk about her! She’s definitely a different support than what we’ve had. She packs a punch with her slow moving bullet-hell auto-attack, has an incredibly strong heal, and she can do the thing I want the most: Wombo Combos with Torvald! Torvald’s pretty much my favorite character in the game, and so anything that can synergize with him is fantastic. 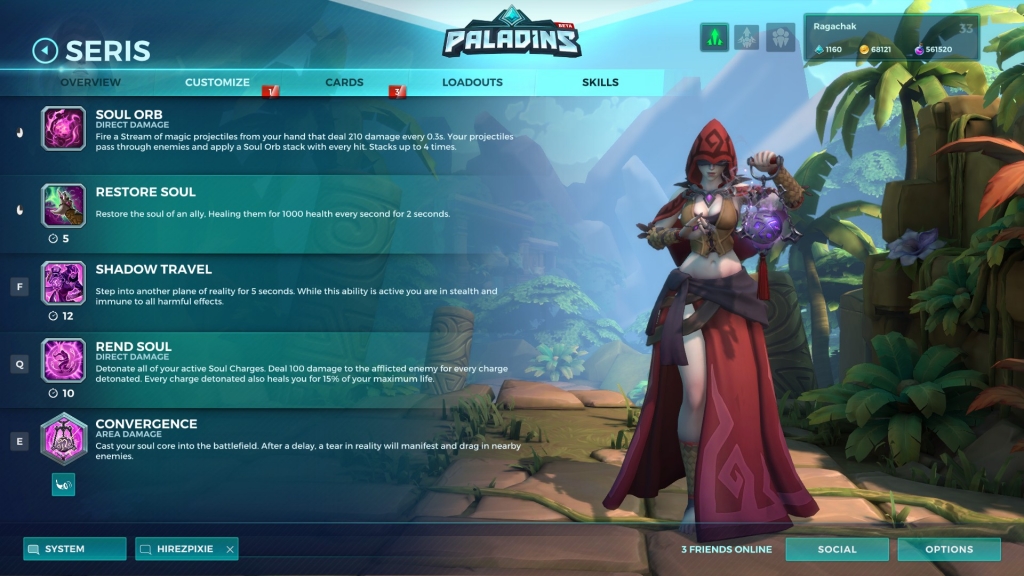 But I stand by the following statement: Seris is the strongest healer in the game. More than Ying, more than Mal’damba. She’s a single-target healer, sure, but she heals for 2k over two seconds, and it only requires LOS. As long as she has line-of-sight, she can heal her friend. Even if they leave LOS after that, heading around to flank or sneak off, they’re fine! It’s ridiculous. Though honestly, I like her in a two-healer comp, with an AOE healer, and one of the bigger tanks. Pair her with say.. Ying and Torvald, or Fernando. She’s very much a different style healer, something fun, something powerful. She gazes into the abyss, and it gazes back. 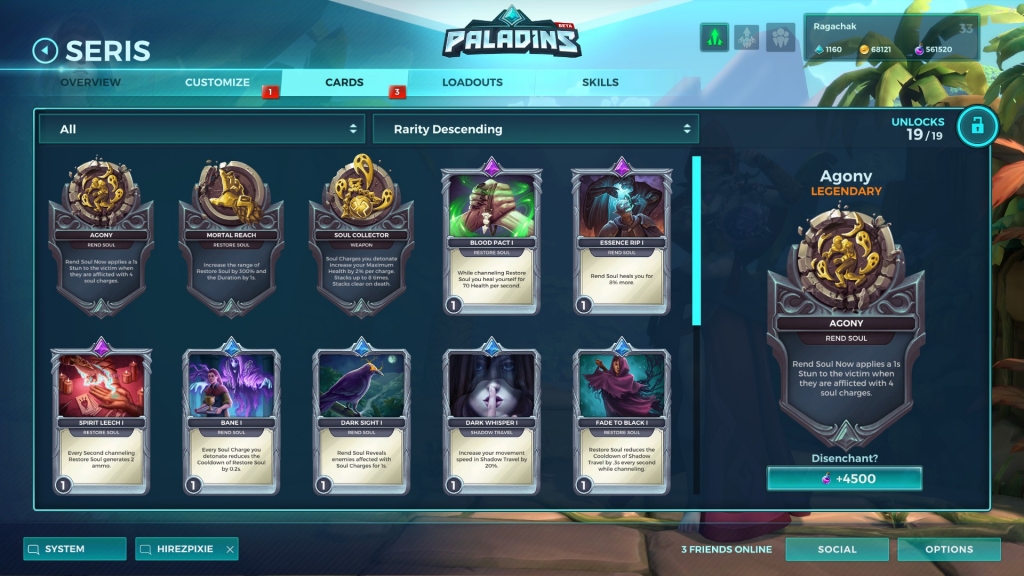 As far as her Legendary Cards go, I think hers are all pretty good. The only card I haven’t tried yet is her “Soul Collector” card. I like the idea of it, but the stacks reset on death. Maybe if only some of them did. I don’t know how I feel about it.. but if we have two healers, I tend to run “Agony” because that 1-second stun can really change the complexion of a fight, with teamwork. With teamwork mind you! The best overall has to be the “Mortal Reach” card though, which increases the range by 300%, and duration increase of 1 second. I think she’s one of the first characters where I’m genuinely torn on what card I ought to be using. I’ve used a few builds on her, all of which I’ve had pretty great success on. However, that first week was a nightmare. Oh my God, I’ve never seen so many awful supports before… But it’s the curse of the new!

There are a few other ways you could definitely build her. I think at the end of the day, she’s strong with almost every comp I’ve encountered. You can heal your flanker, if they’re far away and just escaped or about to 1v1 someone else. You can keep your tank alive while standing on the point [that happens, right? People do that?], and fire off a round of Bullet Hell Orbs to make your opponent think twice about going in on them. Seris is amazing, and definitely one of my favorite supports to come to any game in a very long time.