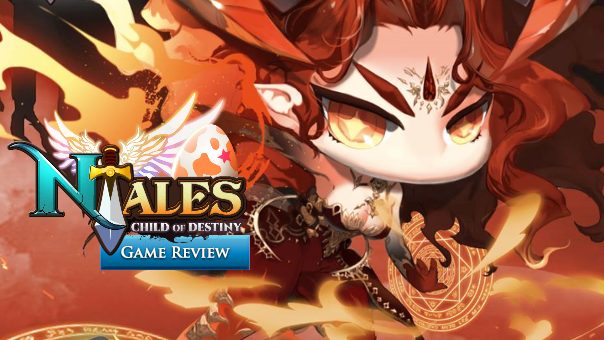 Don’t you just hate it when a game tries to go for a “fantastic” or grand storyline but is ruined by poorly written dialogue? Bad grammar and good story telling don’t mix, and that’s pretty much what screams at you when you start playing NTales: Child of Destiny.

NTales: Child of Destiny is a free-to-play mobile MMO game developed by RuleMakr and published by Onplay for Android and (eventually) iOS. The game tells the story of “a child of destiny” (you) who is destined to save the Kingdom of Lancia from any that desire to see it crumble.

I know that my introduction of the game doesn’t paint NTales in a good light, since that’s pretty much one of the default scenarios developers use to set up their game world these days. However, RuleMakr tried to put in their own twist with the beat up narrative game by providing us with an interactive prologue that’s really interesting. However, their attempts in providing a compelling narrative with the prologue (which also doubles as a tutorial system of sorts) is murdered by the butchering of the English language in the conversation bubbles that occur in the prologue. 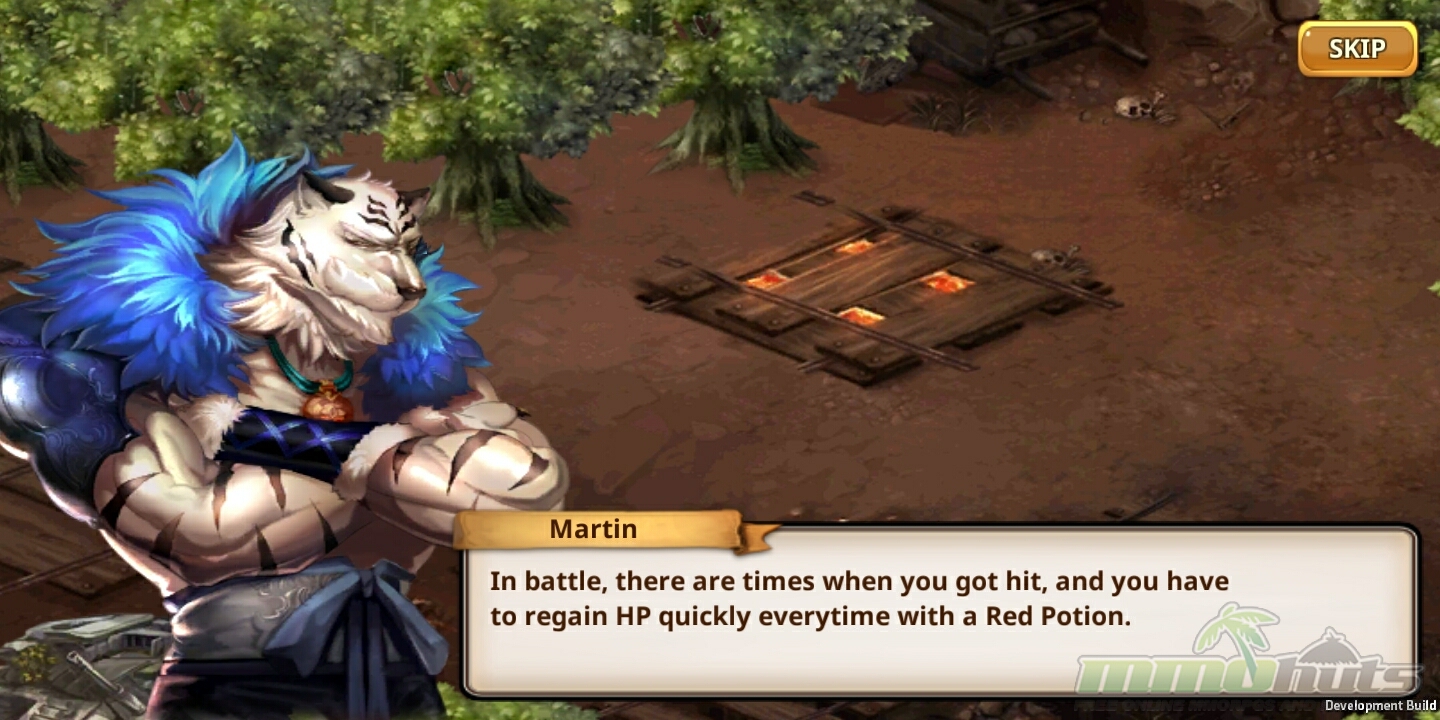 This is a minor example of language issues.

I wish that RuleMakr had hired someone more proficient in making good dialogue for the game; heck, even someone who’s more familiar with the use of the English language. I have a high tolerance for grammatical errors and poor choice of words (since I also review games from people who don’t have English as their 2nd language), but I can only take so much. The poor dialogue takes me out of the experience the prologue could’ve set up properly, and as someone who loves to get into the game’s narrative, this is a badly missed opportunity.

I keep pressing on the poor dialogue in NTales because it further exacerbates the weakness of the mobile game’s overall gameplay. NTales plays exactly like any other mobile MMORPG out there. RuleMakr didn’t do anything else to make NTales unique, save for the game’s narrative. In fact, NTales has a more limited set of features compared to its competitors.

You get to choose from only three classes – the Warrior, Magician, and Cleric – which evolve to their higher job class as you level them up. There’s a pet system in place where you can not only capture the monsters in NTales, but also battle them with other players’ pets. The game also has a PvP system where you can face off 1v1 against other players or fight it out as a guild in guild wars. The game even boasts that you can explore over 200 maps that are littered with PvE modes such as Boss Dungeons, where you can fight diff. boss monsters in waves; Infinity Tower, where you fight waves of mobs; and Timed Dungeon, where you fight off against mobs of monsters but with 3x more exp and gold. 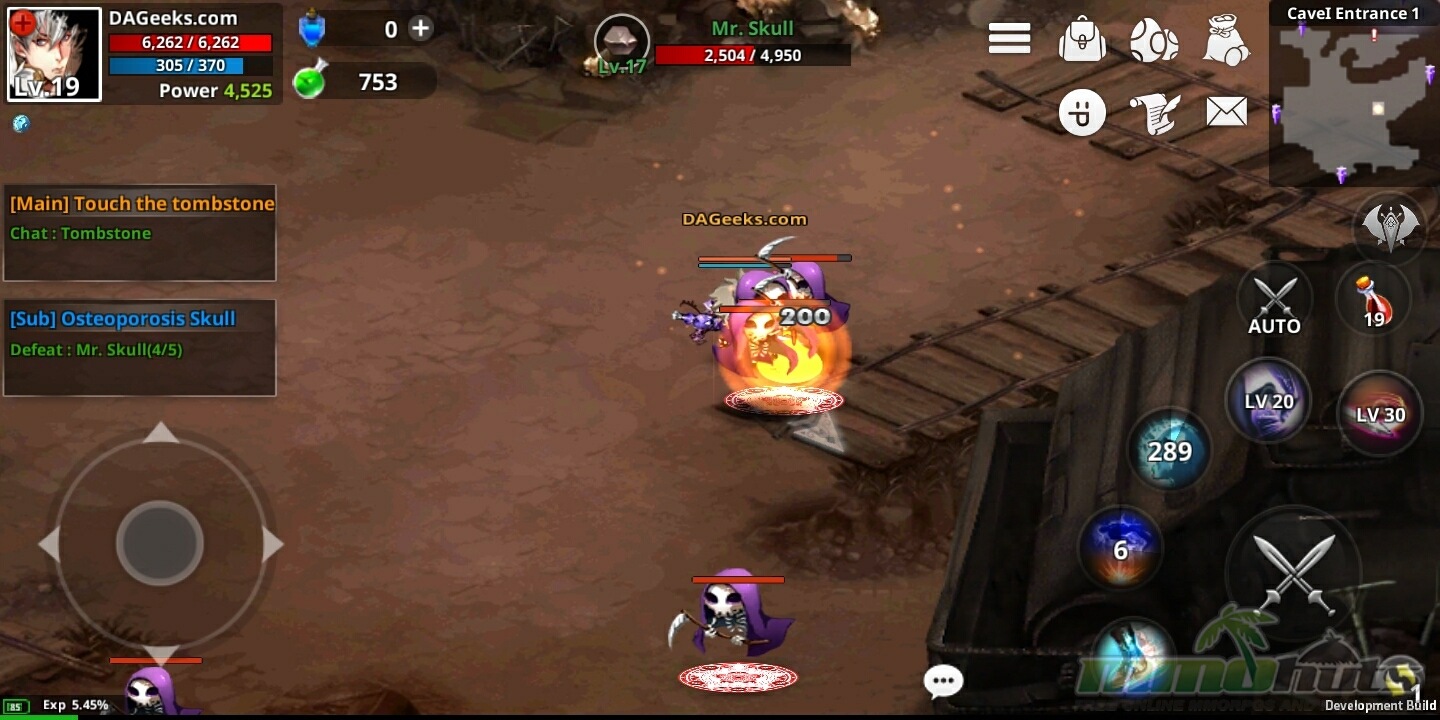 Before I forget to mention, NTales also has an automated quest tracking system to make questing and mob hunting easier. This is pretty much the staple of a lot of mobile MMOs, or even action games these days.

If it wasn’t clear already, NTales doesn’t have anything unique in it. RuleMakr could just simply rename the whole game and none would be the wiser. There’s nothing unique or interesting in the game features to make NTales “NTales”. It reeks of uninspired game design and development. This is why I am riding hard on the dialogue and storyline because this was the one thing that could’ve separated NTales from the throngs of other similar titles. But no, what we got instead is yet another forgettable F2P game.

I think we should change the F in F2P to forgettable to play, don’t you think?

With a lackluster gameplay system in place, RuleMakr at least made NTales a beautiful game. I appreciated the cell shaded drawings of the characters in the cut-scenes. The mobs and the extravagant character armors are also beautiful to look at. I also like that RuleMakr decided to let you see the weapon you equip to your character as you battle through the hordes of mobs in-game.

There’s one problem however: NTales’ visuals don’t translate well on bigger screens. You’ll notice that as you switch between smaller and bigger screens, there will be times that the headshot of the characters in cut-scenes and the world itself looks stretched and blurred in-game. 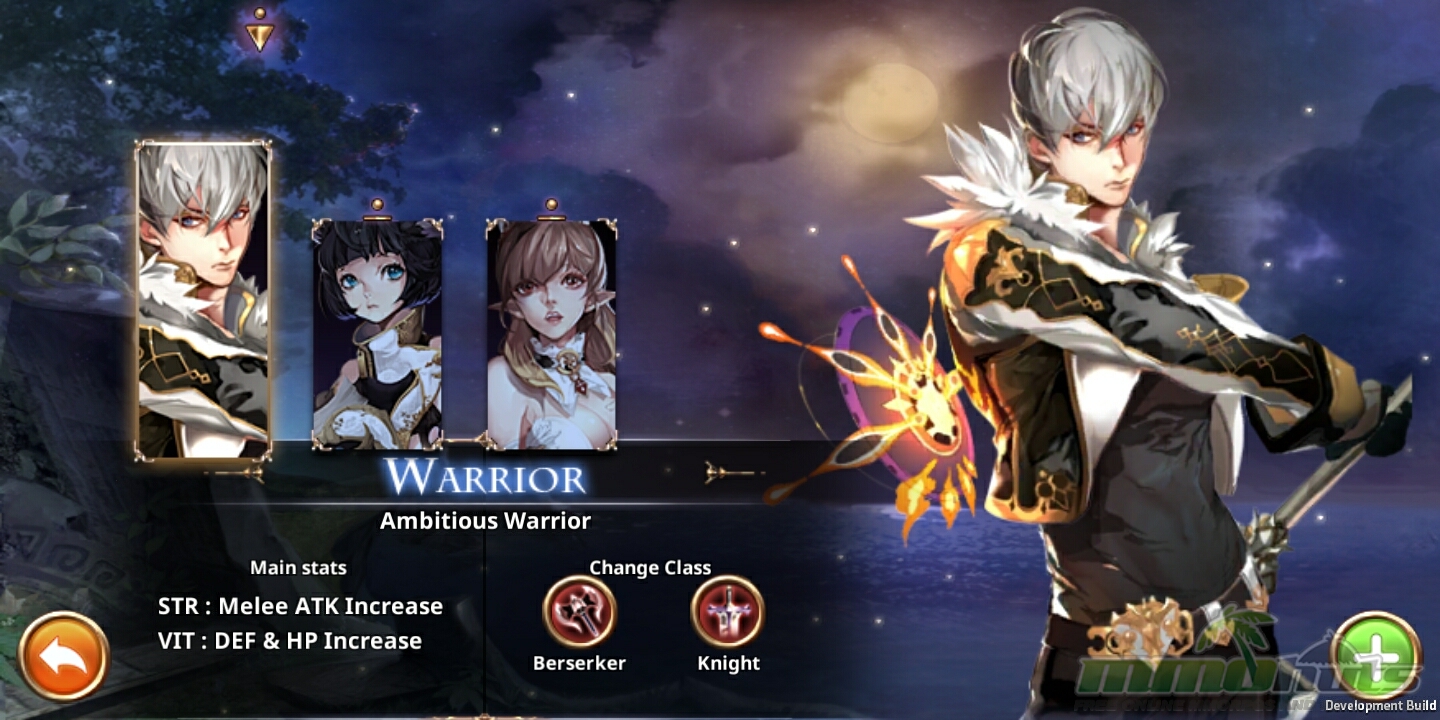 Visuals are alright, if they aren't stretched.

The way the visuals pans out seems like RuleMakr either didn’t have the budget anymore to be able to make the game look better on bigger screens, or they just decided that they wouldn’t be bothered with the variety of screens their players would have.

This again further emphasizes the lost potential of NTales as a game, and how cutting corners even for a mobile game can drastically affect how the game turns out in the end.

Conclusion: Good (3/5)
A lot of lost potential. RuleMakr should’ve added someone who has English as their second language on the development team.

NTales is a good example of a game of lost potential. RuleMakr dropped the ball on a lot of the game features which could’ve made NTales better than its current version. Maybe in the later patches, updates, and expansions, NTales could turn out to become a game that can rival a lot of mobile games out there. However, as it is, NTales will flounder since it doesn’t offer much that other titles could do better.

For a game that has the word “tales” in it, RuleMakr could’ve done more to make the tales part work, i they just decided to invest a bit more in the actual tale spinning. As it is, NTales doesn’t offer much and if you’re looking for a game that has more impact to your mobile gaming, then NTales isn’t the game for you.

RuleMakr had the opportunity make NTales standout, but instead it belly flopped into the mass of f2p titles that has crapped on us gamers.