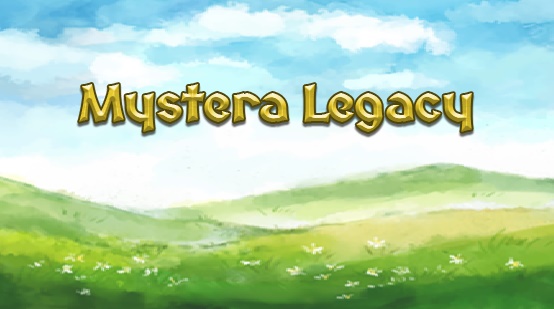 We have a bit of a drought right now. A lot of the major MMORPGs we can look forward to are either delayed, or still heavily being worked on, so there isn’t quite a lot to look forward to unless you check out the many indies you can find around. Many of these games look very charming, and definitely have found a niche to be successful in. Yet the majority of their players ran into these games by blind luck, and it shows how incredibly difficult it still is for smaller studios and development teams to have their game advertised and shown to every fan. Mystera Legacy is another one of these games, that I personally wouldn’t have found if I weren’t told about it, even though they are on the Play Store and the game is fully playable in the browser!

I have to be honest, I am not a huge fan of games that can be played on your mobile device. I never really look at the Play Store and just download random games to check them out. Despite MMORPGs taking off on this quickly growing platform, I just really dislike the controls and how small the screen is. But sometimes you find a game that has very basic controls, ones of the likes that remind you of a lot of handheld games, and Mystera Legacy falls right into that category.

Mystera Legacy is a 2D MMORPG sandbox game that is very familiar, made in the style of a lot of the iconic Game Maker Pro games, or other flash games. This game is a bit of a mixture between Minecraft and Runescape, while the farming elements in Mystera Legacy also remind me of the likes of Stardew Valley. Jumping into the game you are thrown right in the Newbie Village, and you are given small tasks to learn the basics of the game. The controls aren’t very difficult to use either. The game is pretty straight forward, you either walk with the joystick or use the WASD buttons on the keyboard. Fighting, or gathering resources is done with the a single button, and the rest of the screen in both your browser or on your phone is filled with inventory, character statistics, and other useful hotkeys.

Leveling in this game is very standard, and includes the type of elements that reminds me of Runescape. Every interaction levels you up, be it either walking around and gaining Exploring experience, or hitting a tree and leveling up chopping. The game does its best to get yourself familiarized with these character skills. But leveling your character skills isn’t the only thing you can and should focus on. Whatever you do in Mystera Legacy, you gain Myst. This Myst can be used to upgrade your character, and give it better attributes or unlock the next tier for your skills. So no matter what you plan on doing, there is always some character progression tied to it. I must admit, most games I have touched with this type of progression system have had me logging in all day, to just spend doing something different than what I earlier in the day. I am a huge fan of a system like this.

While you can get completely lost in the game by just doing whatever you please, and just seeing what falls on your path, the game itself does have some sort of a goal for you to reach. However, since this is purely a sandbox game, it leaves that choice completely to the player. When playing Mystera Legacy, it’s best to find something to progress towards. Since players can own a piece of land, as long as they log in and make sure it doesn’t decay, they are free to do with the land as they please. Most players you will run into have some sort of shop open in the cities, selling the equipment they have found or crafted themselves, and displaying it in front of everyone that walks by their shop.

But living your life in these dangerous lands isn’t as easy as you might expect. Besides the many types of animals and monsters roaming around you in the vast wild, you also have a hunger mechanic that you need to keep track of. When your hunger bar is completely empty, it will slowly drain your health. So make sure to always keep food with you, because you definitely do not want to run out in the middle of nowhere. While fighting monsters is simple, yet fun, and could give you great resource income, you need another goal in your virtual life to spend the rest of your time. This can be done by farming, which is very simple and straight forward, but for some reason really addictive. Or you could turn into a cook, and make sure no one runs out of money ever again. When both of these aren’t too interesting for you, you could also try your luck at fishing, and even use a raft to go out onto the waters.

Final Verdict: Good (3/5)
Albeit very simple, the game is very interesting but the controls are made in mind for mobile devices. While you can use shortcuts on the PC, and its fully playable in the browser, it turned me a little off.

Mystera Legacy is a sandbox game done right in every way. While the game may look very basic and simple, the game proves to be very in-depth after some time of playing. The graphics and simpleness of RPG elements is a style I prefer a lot, and quite enjoyed in many games over the years, especially on handheld devices. The progression system is very interesting, and no matter what you happen to be doing, there is always some progression tied to it. Even if you cannot do anything with the resources, you can still help with the progression of the community around you. This is what Mystera Legacy is heavily built upon, the impact the community can make on the enjoyment of the game. While everything can be done solo, everything you do in this game can always help someone else, and this is why you see a lot of people playing together. This doesn’t mean that you need to play with a group of people, you can also be a lone wolf, and terrorize the area by killing players and halting their progression.