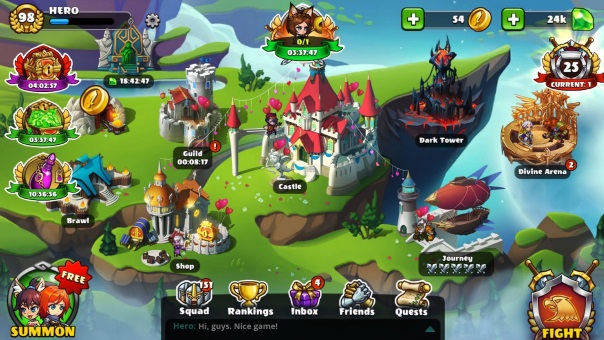 Panoramik is proud to announce that their mobile strategy game Mighty Party: Heroes Clash is going to be live to a worldwide audience on Android (4.0 and above), tomorrow, February 7th. Players gather mighty heroes, build a powerful army, train troops, wage war against bosses, rival players alike and their guilds, and complete missions using a tile-based and fast-paced battle system. Each fight can reveal all your tactical skills – define opponent’s weaknesses and play warriors who can absolutely change the situation on the battlefield and bring the player to top places in rankings! In addition, the Android version will feature the current Valentines Day-themed content. Of course, you’ll find the usual free-to-play trappings here, such as lengthy timers for completing tasks and premium currency to skip those waits.