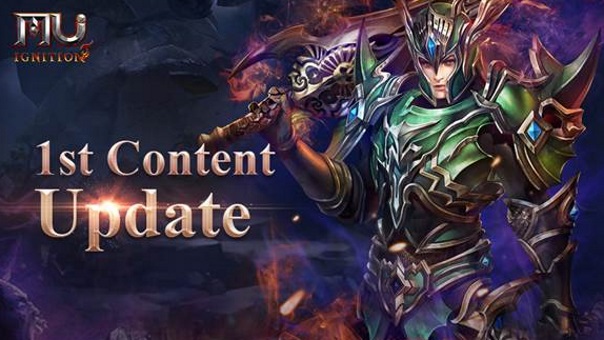 MU Ignition, the latest addition to the MU Universe, has released its first content update. It includes a class-promotion feature, an increased level cap of 400, set items, and the new “Kalima” and “Land of Trials” zones. Players can now promote their Blade Knight, Soul Master and Muse Elf characters to Blade Master, Grand Master, and High Elf respectively. Each class becomes stronger and can learn new skills after the promotion. Players at 270 or higher can also enter the new Kalima area, which requires the “Lost Map” item to enter. In addition, a new PvP area, Land of Trials, is now available for players at level 320 or higher. Many boss monsters appear in the area, and players can get Kundun’s Chests, Enchanted Set Stones and more for defeating them. With the update, players above level 270 can now use their Set Stones to change normal items to set items. Once equipped, these set items activate set bonuses. Furthermore, the MU Ignition team is hosting a special event to coincide with the introduction of the new set items. Players can simply collect set items to get many rewards.

Additionally, the MU Ignition team will be running special celebration events in February. Players can enjoy 5 different events and get valuable rewards such as Archangel’s Absolute Weapon, 2-option accessories, Kundun’s Chest +7 and many more.