Marvel’s X-Men: Battle of the Atom Lands on Android Devices 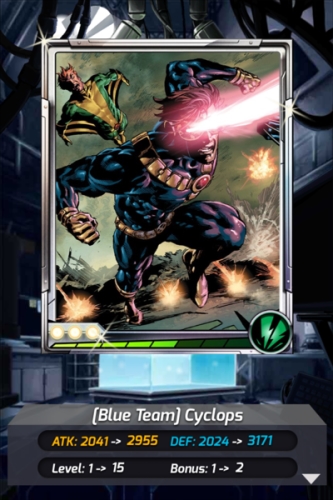 The Uncanny X-Men are now recruiting more heroes than ever before to help save the past, present and future! By popular demand, Marvel Entertainment, in conjunction with developer Aeria Mobile, has announced the availability of Marvel’s X-Men: Battle of the Atom on AndroidTM 4.0+ devices.

X-Men: Battle of the Atom has quickly become a top-50 game in the Apple® App Store since its launch this past January, amassing a user rating of 4.5 stars. Now Android owners will be able to join in the fun as well, and the game’s cross-platform functionality ensures that both iPhone® and Android users will be able to play with all of their friends and rivals.

“Tremendous fan support has made X-Men: Battle of the Atom one of the most popular new mobile games since our initial launch,” said JT Nguyen, Chief Operating Officer, Aeria Games. “Since then we’ve heard many requests to bring the game to the Android platform, and we’re glad to be able to expand our user base to include these enthusiastic players.” 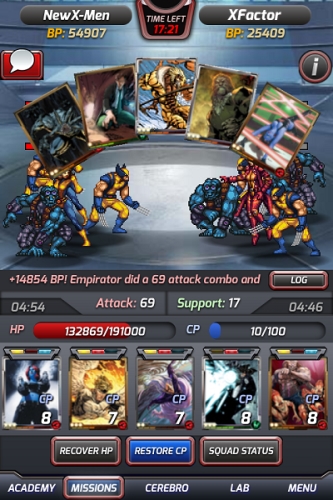 “With the launch of X-Men: Battle of the Atom on Google Play, a whole new audience of Marvel fans can now experience the thrilling card battle action of this title,” said Peter Phillips, Executive Vice President and General Manager, Interactive and Digital Distribution at Marvel Entertainment. “Aeria Games has done a great job in adapting the characters and story lines into an exciting mobile game.”

X-Men: Battle of the Atom is available as a free download for Android Phones and iPhones. For more information, find the game on the Google Play Store or the Apple App Store. Stay up-to-date with the latest news, contests, and giveaways at the official Facebook page.