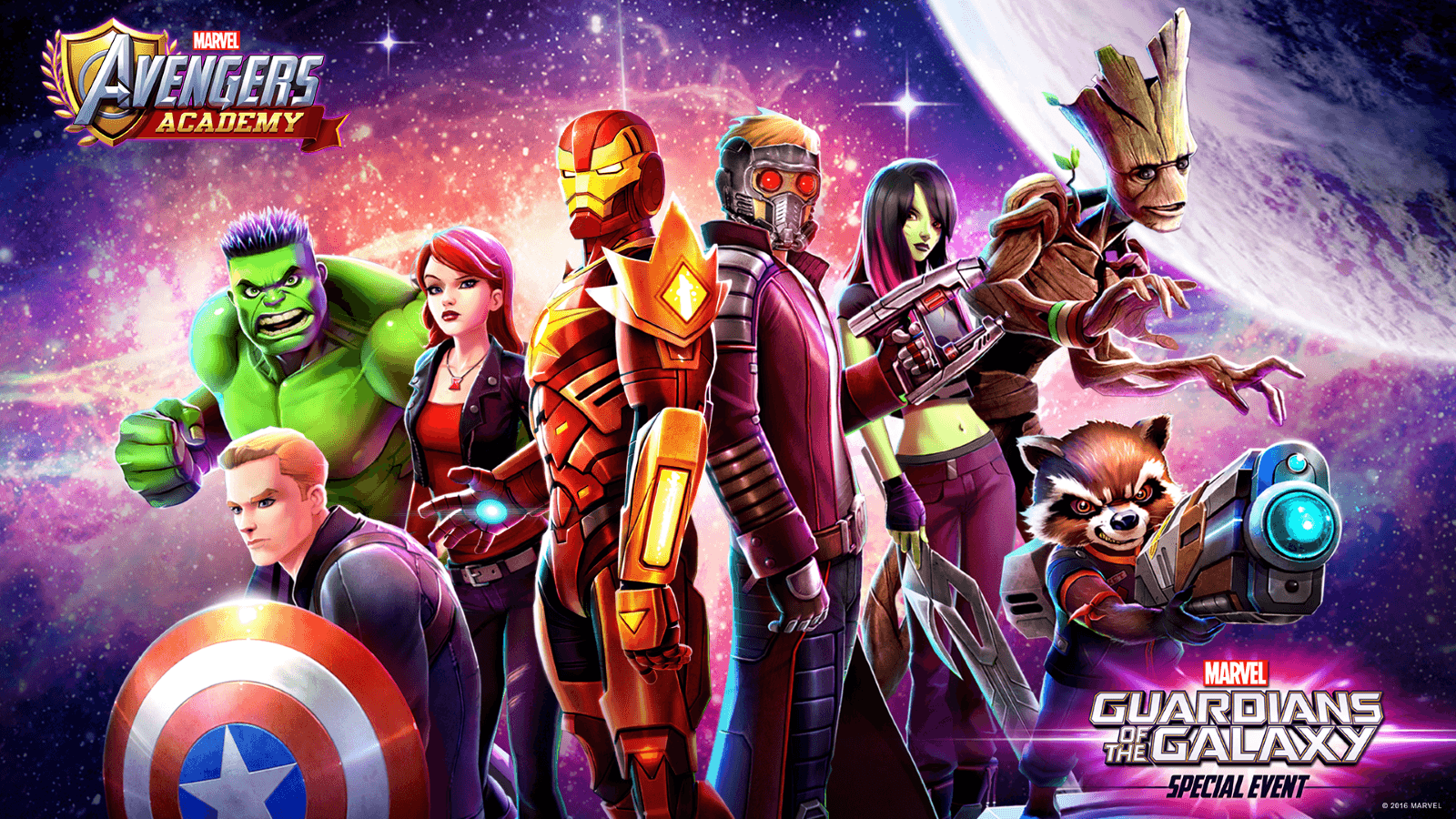 Featuring a fresh Avengers universe, which finds prominent Marvel Super Heroes and Super Villains in their college years, MARVEL Avengers Academy welcomes the famously beloved Guardians of the Galaxy team, reimagined as students, to campus! After escaping the villainous wrath of Ronan, the Guardians have crash-landed on Earth, directly on the Avengers Academy.

Causing initial confusion on campus, players must investigate the Guardians’ mysterious arrival and unlock a brand new fan-favorite Guardians member each week such as Star-Lord, Gamora and Rocket Raccoon. It will not be long until Ronan and his henchmen arrive on the scene, on a mission to return the Power Gem shards back to Thanos’ possession.

This brand new update also introduces the first phase of an all-new combat feature for MARVEL Avengers Academy, the Avengers students, along with the Guardians, will have to study, brainstorm and harness the skills they have learned in order to defeat the incoming Chitauri foes. In phase one of the combat feature, the combination of Super Heroes in battle is essential, as the approaching enemies will have varying levels of strength. Continue to battle and watch as their combat performances improve with more experience. The upcoming second phase of the combat feature will allow players to show off each character’s special ability through the use of combat perks. With a single tap, players will be able to unleash the Guardians’ special power to face-off against the evil Ronan and his henchmen.