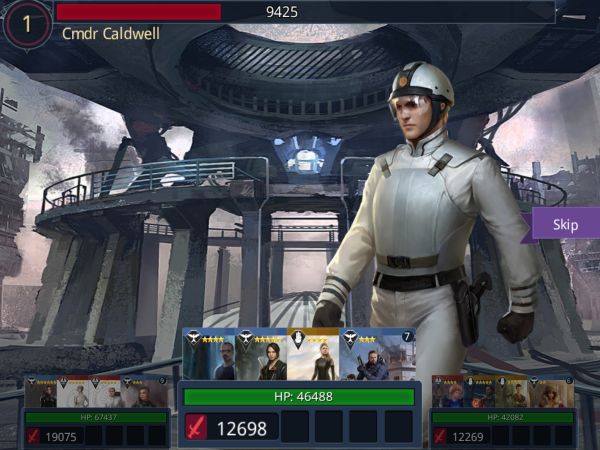 “As one of the most popular film franchises in history, Kabam knew we had to deliver an experience that not only dived deep into The Hunger Games universe but was also fun to play,” said Mike Li, co-founder and general manager of Kabam’s Beijing Studio. “From exploring Districts to recruiting and collecting fan-favorite characters from all three films such as Katniss, Peeta and Gale, fans will appreciate The Hunger Games: Panem Rising’s authenticity and enjoy the strategic gameplay.”

Developed by Kabam’s Beijing studio, The Hunger Games: Panem Rising is an action-packed role-playing card mobile game, where players immerse themselves into the world of Panem. Assuming the role of a resistance leader, players will recruit a team to aid Katniss Everdeen in the rebellion against the oppressive Capitol. Players will be able to train and equip their squads with special items found while exploring the diverse Districts of Panem. Main characters such as Katniss, Gale and Peeta can be recruited and each have their own unique traits and abilities. Original artwork and exclusive content make The Hunger Games: Panem Rising an interactive experience like no other. Game features include:

FORM THE STRONGEST AND SMARTEST SQUAD

EXPLORE THE UNIQUE DISTRICTS OF PANEM