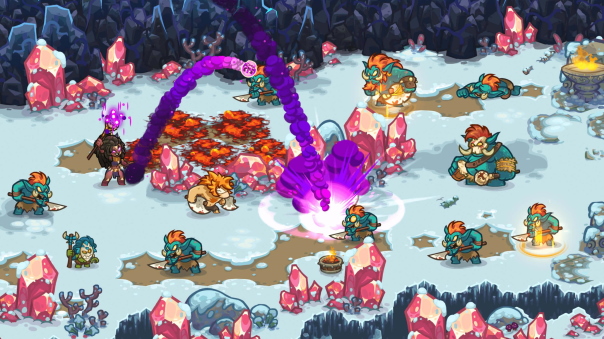 Grab your sword and gather your potions! Ironhide Game Studio is excited to announce that LEGENDS OF KINGDOM RUSH JUST ARRIVED ON STEAM!

Embark on an EPIC journey through the medieval fantasy world of KINGDOM RUSH in a way you never have before! A colossal evil is coming – to stop them, lead the most powerful characters of the Kingdom Rush saga in a highly engaging turn-based RPG style combat system that is easy to learn, but hard to master.

Explore ruins, find treasures, solve riddles and face formidable monsters as your party explores random settings and unexpected enemies in the beloved fantasy world of Kingdom Rush! Who will join you in your adventure? A holy paladin? A deadly assassin? Or maybe the eagle-eyed Ranger. YOUR CHOICE!

Legends of Kingdom Rush is also available on Apple Arcade.