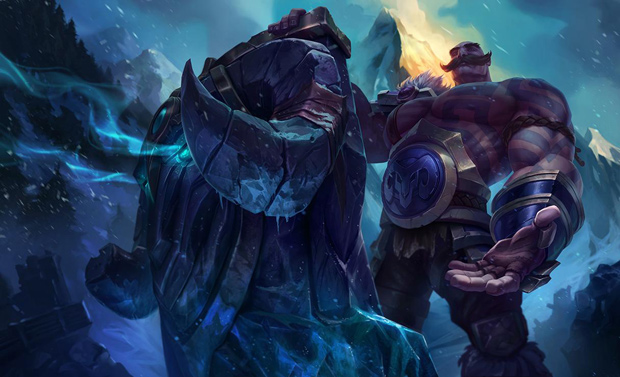 Over the past year Riot Games has chosen to adopt a more thorough, slow paced champion release schedule for their most popular MOBA in the world, League of Legends. Their efforts are finally coming together in the complete package with Braum, a new melee support that hits three fan requests dead center.

3) In-depth analysis of where champion will fit into the current meta: Check. 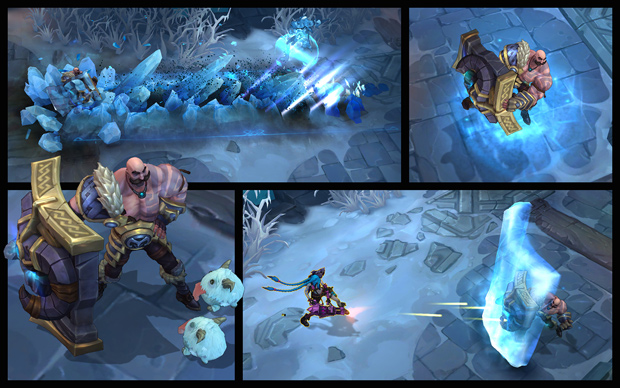 His kit is as follows:
Passive: Concussive Blows

Braum propels freezing ice from his shield in a straight line skillshot, dealing magic damage (based on Braum’s max health), slowing and applying a stack of Concussive Blows to the first target hit.

W: Stand Behind Me

Braum raises his shield in a target direction, negating the damage from the first attack from the shield’s direction and reducing the damage of all subsequent attacks as long as the shield is raised. Braum intercepts projectiles with Unbreakable, causing them to hit him and then be destroyed. He also gains a minor speed boost until he lowers his shield.

Braum slams his shield into the ground, sending out a huge long-range skillshot that knocks up and damages all enemies caught before leaving behind a strong slow field.

Catch the full overview at League of Legends’ official site.