More Than Meets The Eye:

Disclaimer: I understand that this is an alpha. I get that it is in early access. I also understand that this game has been in development for ten years. Early Access has been available for well over a year. I also understand that this is not exactly a huge company and the game is quite the undertaking. But the development/progress has been incredibly slow and for what is on offer (a PVP mode and two “secret” modes that are only really known if you browse Steam forums or peruse your Steam folders on your PC), I do not understand how there is 1.5 million dollars in profit being boasted by the developers. What does exist is rather underwhelming, but I will be as fair as possible. 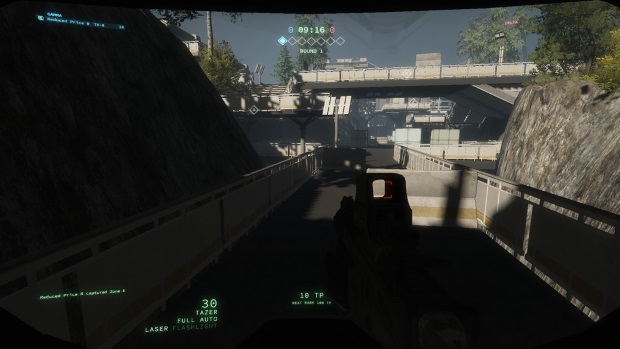 To say that I was feeling some form of hype once I saw the trailer videos is an understatement. The game looked absolutely fantastic: space marines running around with fantastic guns shooting people in beautiful landscapes sounded terrific. I was expecting to find some form of co-op play after it being in early-access for a year, but alas it is still not released (more on that later). Overall, I’m disappointed; there was so much hope, and so little to be seen. The majority of the PVP appears to be based in Europe and Australia, so matches are difficult to find at normal North American hours. So much could be done with this setting; yet as of this writing, there is so very little to be seen and experienced. With that in mind, here we go! 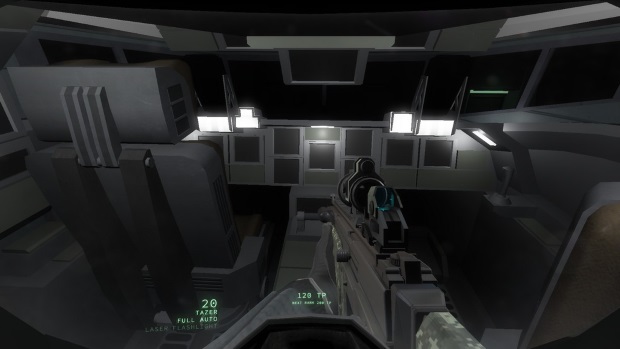 The build which I reviewed has just one mode: Multiplayer. For a game that is going to tout a unique and fun story, glorious graphics, and terrific co-op, they are all conspicuously absent. With that, it is terribly difficult to say that this game is well on the way or not. Multiplayer matches are available by joining servers on the main game. Generally these hold 18 players and will be a best of three rounds. Between rounds you can switch sides if you’d like (if for example, the other team loses someone and you’d really like to start winning). But there are guns! Yes, there are guns in this game. However, in all of my matches I have not seen any alternate loadouts or other guns. I have two automatic rifles with differing recoils and damage. I have seen no grenades, jetpacks, lasers, or any other staples of the science-fiction genre. Instead, I only see guns taken straight from Call of Duty. 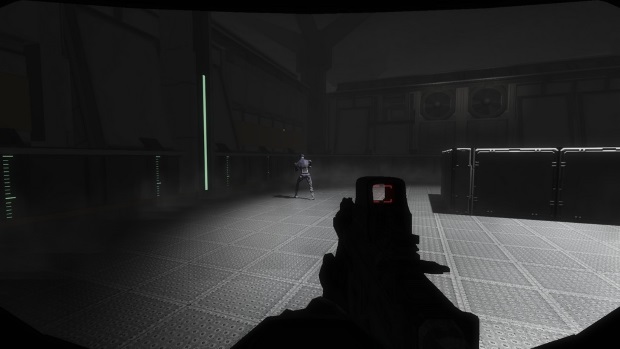 The maps are not exceptionally large at this stage in the game, and there are two ways to win from what I have seen. The first is by capturing all of the choke points on the map. If an enemy team takes one, of course you can claim it for yourselves. If the time runs out, the team with more of them is declared the winner and the game moves on to the next round. In smaller matches (I had several one on one matches) the person who killed the other team off wins. When a player dies, they have an incredibly long respawn time (roughly ~120 seconds), but if a team mate captures a spawn point, you respawn early. However, if the enemy team (or your team) winds up capturing the points while the other team is down, they can win that way. There are no other multiplayer modes available at this moment. I cannot help but feel like an entire year of “Early Access” with just this could be considered stale. 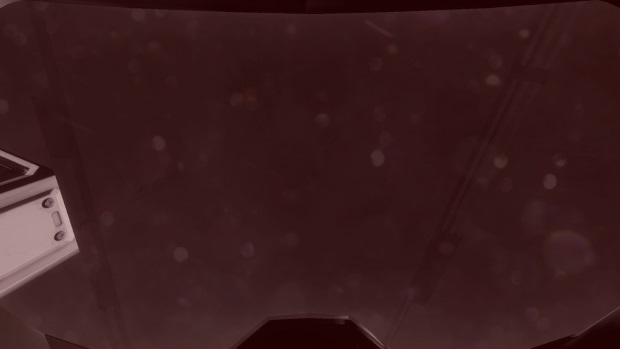 There are two “bonus” modes available right now! That is, if you constantly browse the Steam forums (or know someone who does) or you often find yourself searching through your C:/ folders to try and find something new and exciting! The first mode is “Get Killed By Bots” mode and it is just as it would imply: you get killed by bots repeatedly. The mode features one map, a very blank room with several strangely placed walls similar to the Maze on the Isle of Crete in ancient Greece. The way one might think to approach this is to be stealthy, check the map to see where the enemy is and act appropriately. However there is no mini map to be had on any mode! No matter how crafty or clever you might think you are, the bots will find you. They will peek just slightly around a corner and pop you in the head with a single shot. Then you die and respawn; there are no score counts and no way to win. You simply die to bots repeatedly until you give in and leave for the main menu. Every so often you might kill one of them, and then the screen goes red as the one you can’t see is blasting you with bullets. 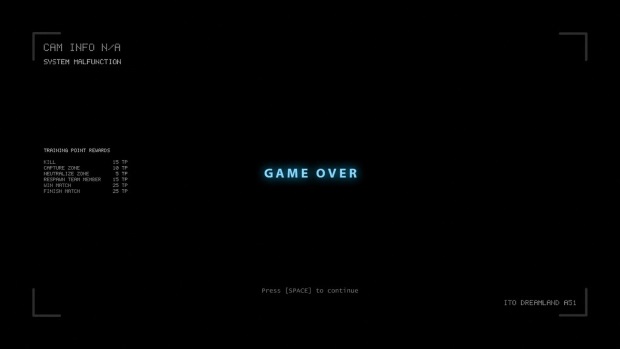 Finally we have co-op, the thing that we are all waiting for! Until PAX Prime, there was no co-op mode at all. Those fortunate enough to be at PAX could enjoy this mode straight away. For those of us who were not (or could not be) there, again it can be found as a hidden mode. However, if you try to join the co-op in the normal “Multiplayer” option in the game itself, it will inform you that you have the wrong version of the game and you will be kicked back to the servers. When I went to access co-op in the hidden path, as soon as I connected, I died instantly and it said “Game Over”. “Surely this is an anomaly!” I thought to myself as I tried again, only to meet the same dark fate.

I tried this for approximately fifteen minutes before I gave in and went to try some kind of single player action. The word “action” is a misnomer. You can walk around in the various maps the game has to offer and see the sights. You can see spaceships! Glowing red lights! Snow falling inside buildings! Yes, roofed buildings have snow drifting down from the sky; when you climb to the second floor, the snow is gone. But no enemies, no friends. Just emptiness, a deep sense of abandonment as I wander the world alone. Just me and my two guns. No justice, no peace. 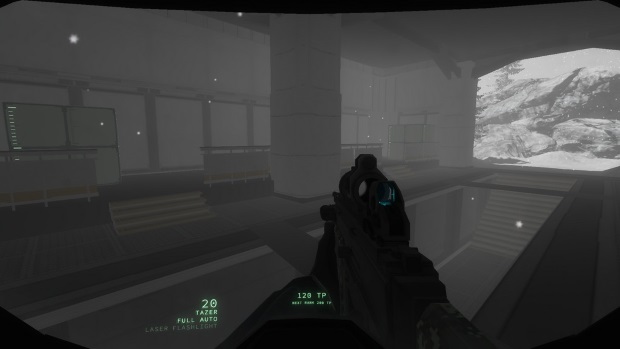 If A Bullet Fires In the Snow, Is it Snowblind? Needs work.

I had so many high hopes when I heard I was going to be tackling this title, but I have felt nothing but a deep disappointment. I have played my fair share of alpha/beta titles, as well as early access games, but most, if not all of those at least had more than one feature to offer the players who sank time and money into their work. I think the part that bothered me the most was having to search and seek for “modes” to play, only to find disappointment in them. The trailers for the game are fantastic, don’t get me wrong; but the early access itself is nowhere even close to what they are currently promising. If this is as far as they have gotten in ten years’ time, or even a year’s time, I cannot help but wonder how long this is going to take to be completed. Perhaps this could be the PC’s Duke Nukem Forever? One expects glitches and inconsistencies in an early release but I cannot fathom how someone could spend money on something that has had this much development time only to be this underwhelmed. However, there is a bright point is that September 18th, the full co-op gameplay will be released. So there is a silver lining in that I can hope that it will show more about what this game is promised to be.