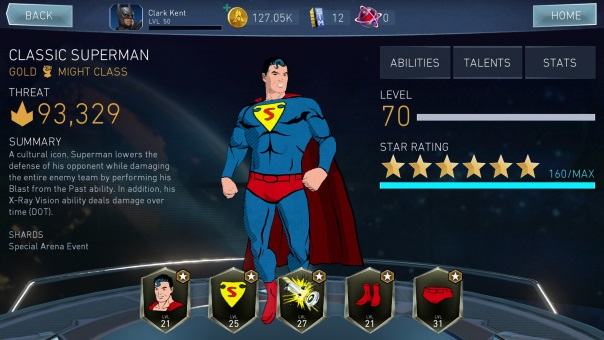 Warner Bros. Interactive and NetherRealm Studios are celebrating the 80th anniversary of Superman by adding Classic Superman to the roster for Injustice 2 Mobile. This version of Superman is inspired by his first appearance in Action Comics #1 and pays homage to the cultural icon’s first appearance with unique fighting abilities that lower his opponents’ defenses, while also dealing strong area-of-effect damage. The anniversary celebration continues during a special in-game event where Classic Superman invades the popular game mode, The Arena, for a limited time. Classic Superman will not invade every battle but when he does, players will have the chance to receive Hero Shards if they defeat him.