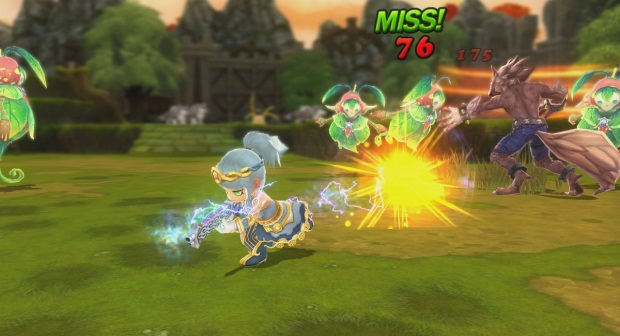 The highly anticipated, free-to-play hack n’ slash MMO, Hero of the Obelisk, launches its closed beta testing today, October 10th. Select players are invited to explore nearly 100 different dungeons with three exciting classes with endless specializations and customizations. Players can register to find out how to obtain a key now at http://hoto.gbegames.com/

Hero of the Obelisk will feature three electrifying classes with a total of 18 different specializations each with their own unique weapons and play-styles. With an insane amount of weapon and armor variations, players will journey through boundless dungeons, either solo or with friends, and eventually work their way up to end game raids. Taking place in a retro-modern world during a massive war, Dungeon Hero will include a variety of cooperative and solo PVP modes; Siege War, a co-operative PVP where two teams go head-to head, Brave, an all out 100 vs. 100 battle and AoS based PVP, a strategic duel where players will control a unique hero and conquer their foes.